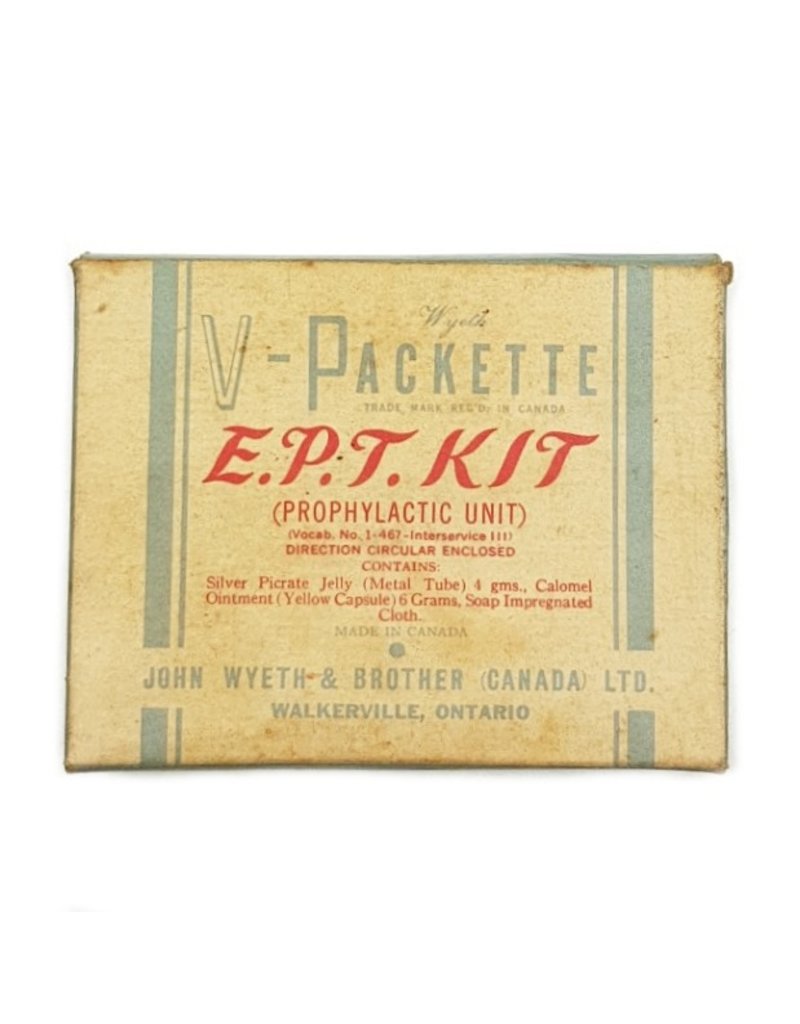 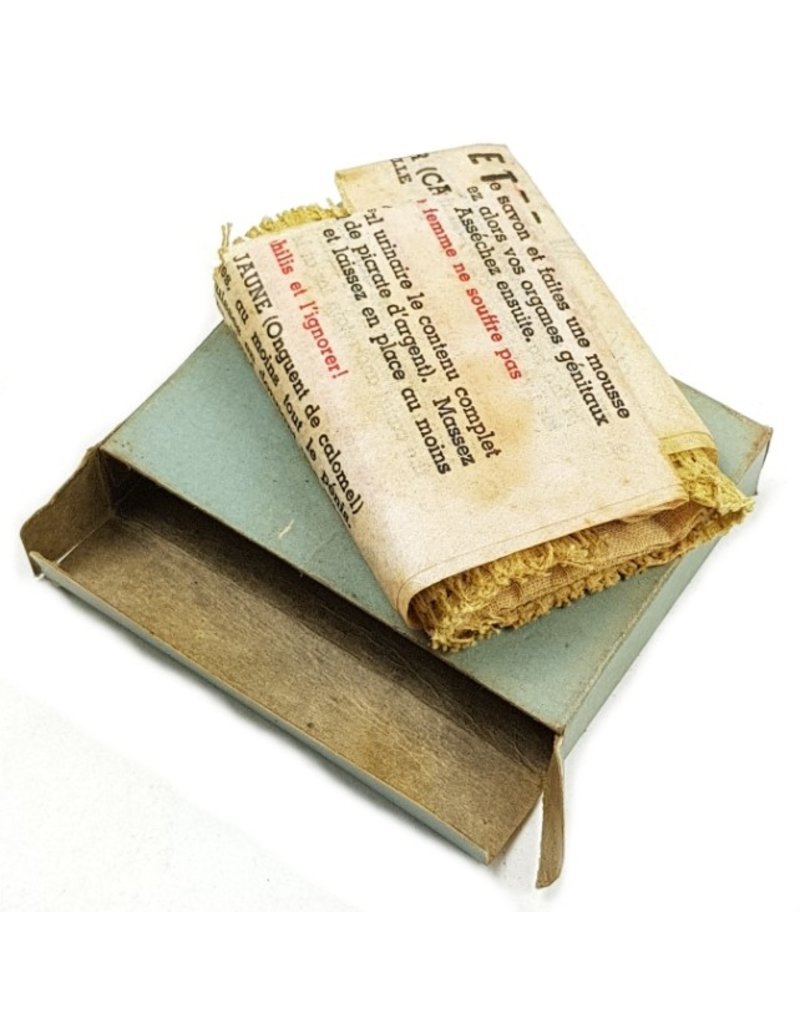 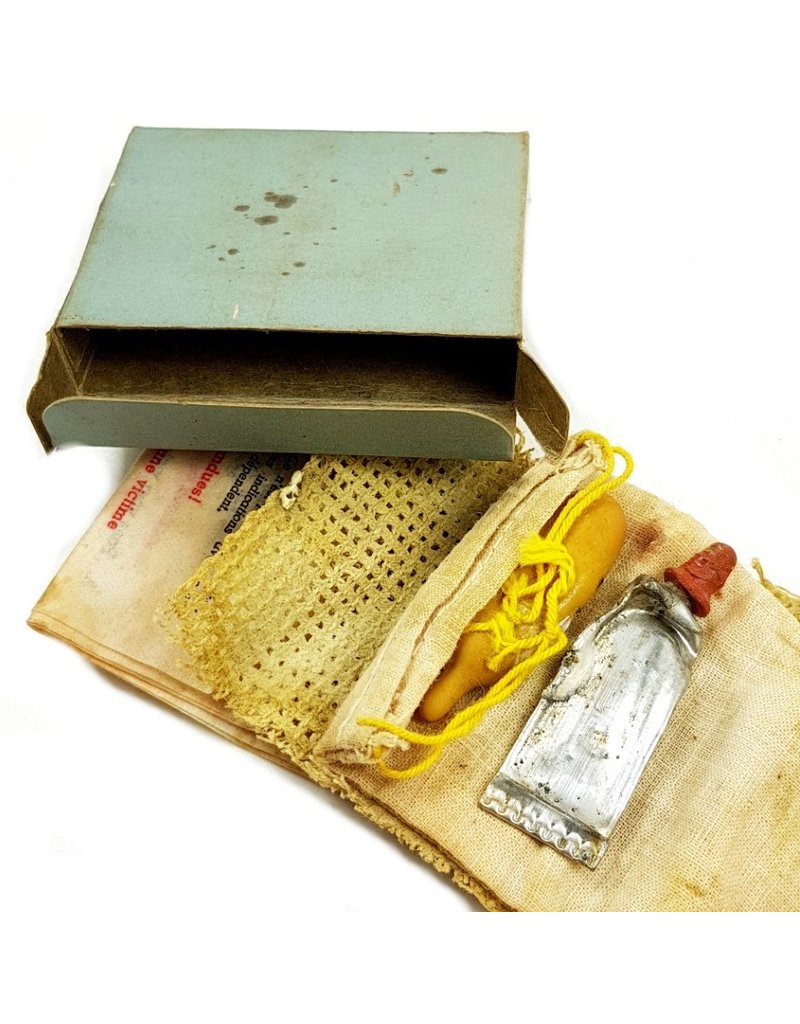 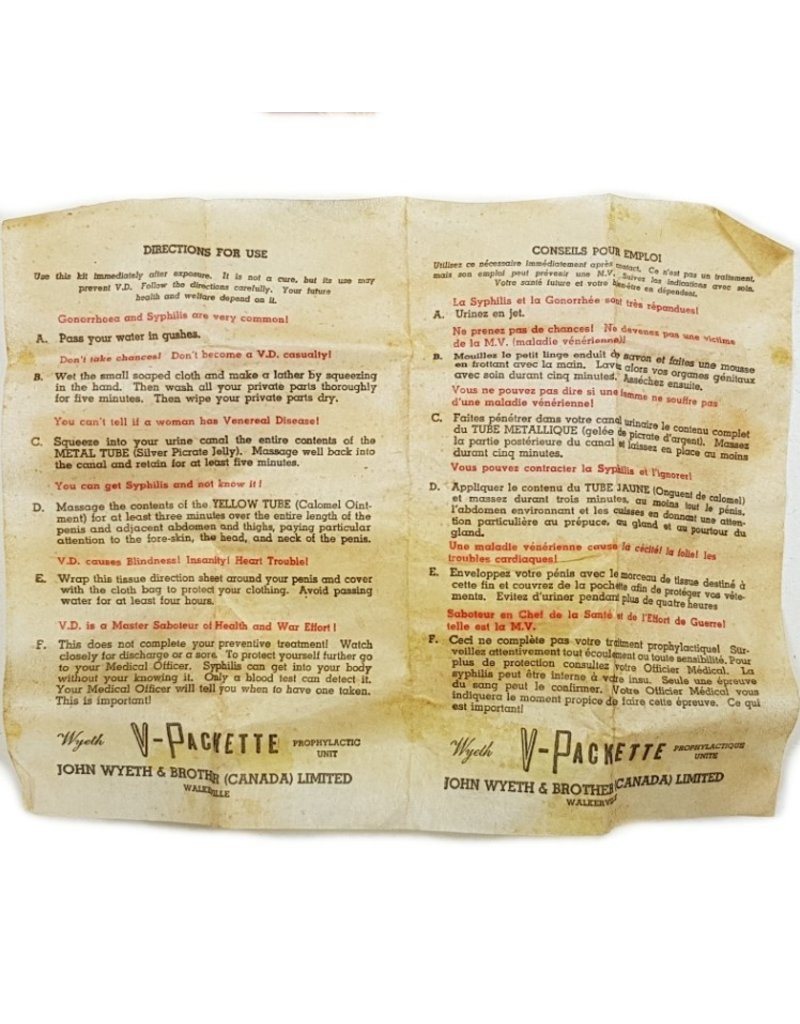 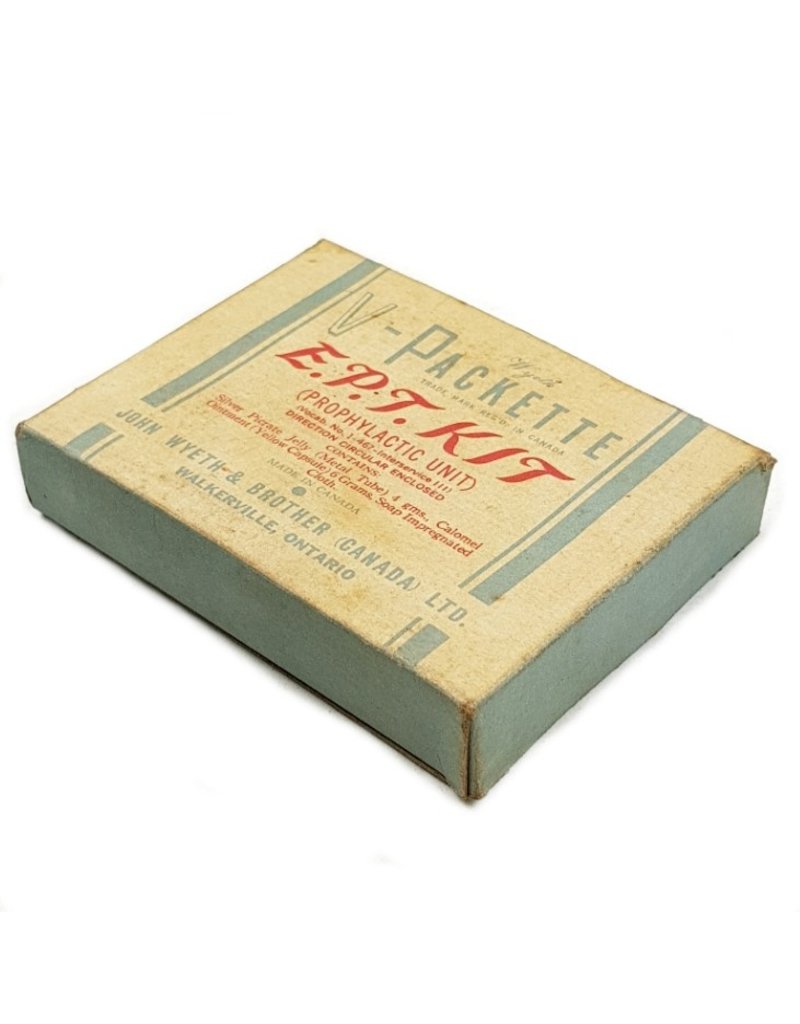 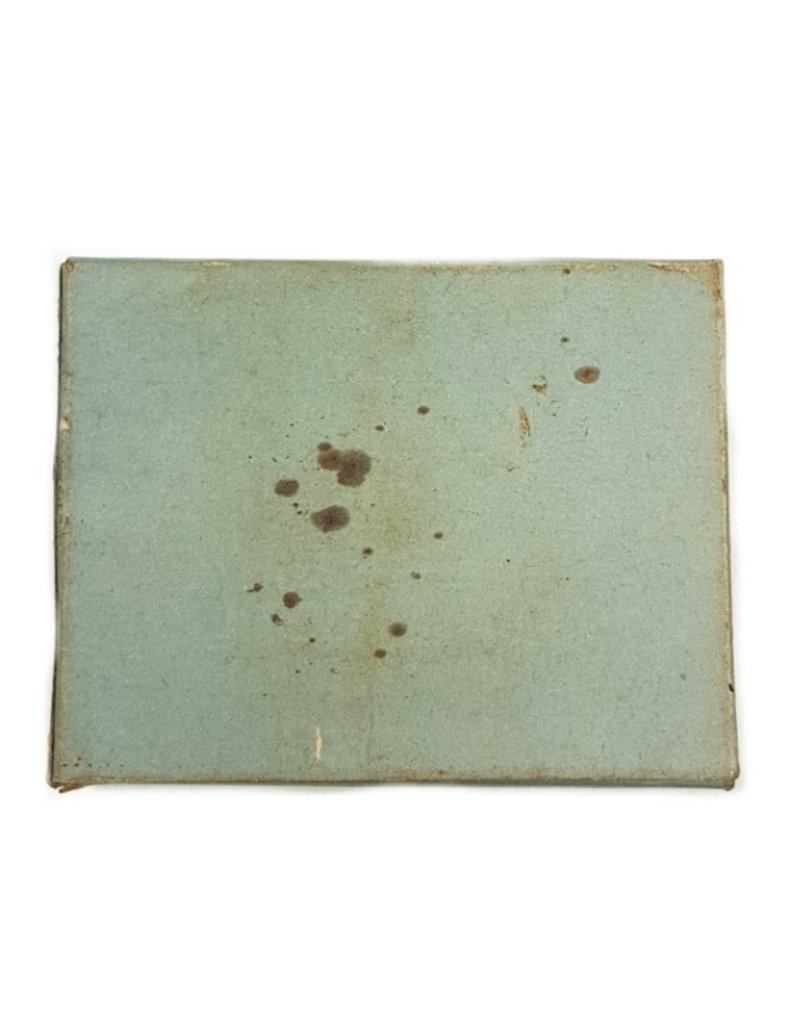 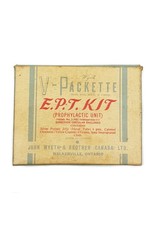 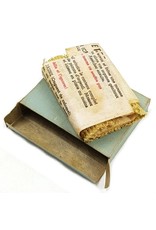 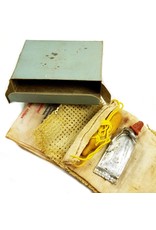 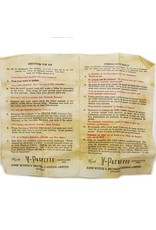 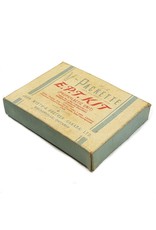 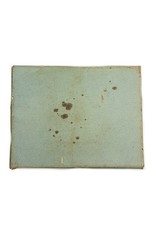 Many Canadian soldiers stayed for months after the liberation. Soldiers on assignment overseas were often lonely, had time to spare, got homesick, or were just looking for female companionship. There was another enemy than Germany, the venereal diseases during the Second World War and liberation period were gonorrhea and syphilis, consequently the majority of treatment and awareness programs had great emphasis on these two infections in particular. The Royal Canadian Army Medical Corps issued the V-packette to their soldiers. Also knows as E.P.T. Kit.

Add your review
0 stars based on 0 reviews
1945 / bevrijders / bevrijding / Canadees / canadese soldaten / E.P.T. Kit / V-Packette
Add to wishlist / Add to comparison / Print
Please accept cookies to help us improve this website Is this OK? Yes No More on cookies »