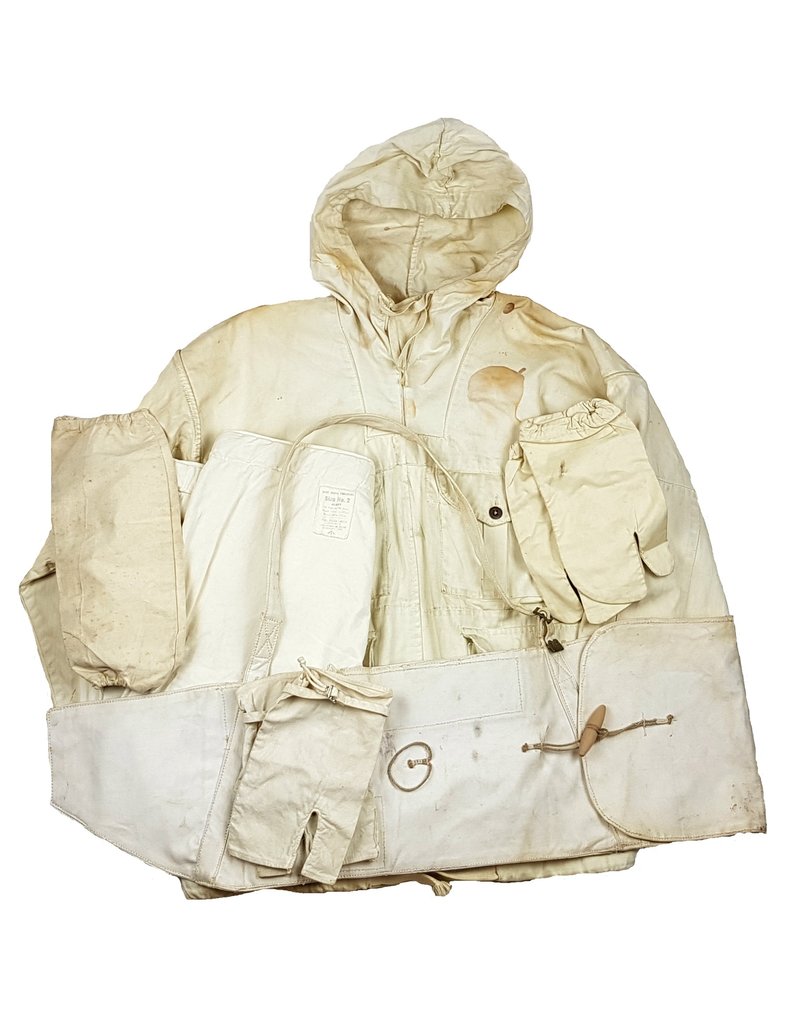 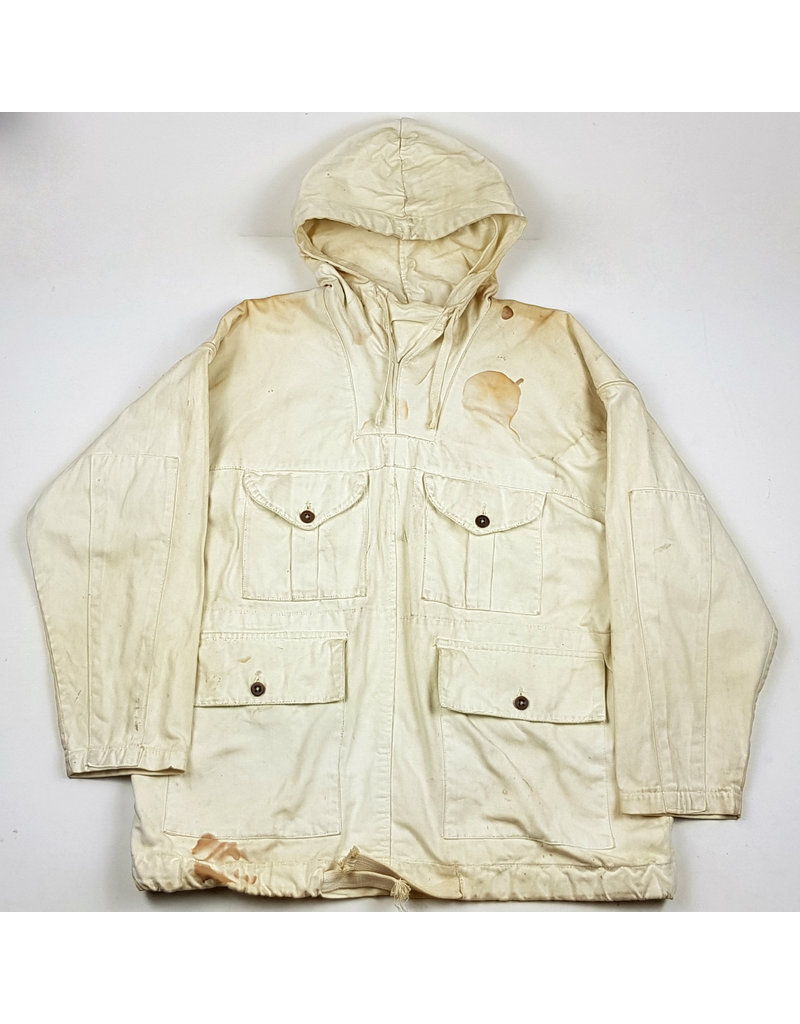 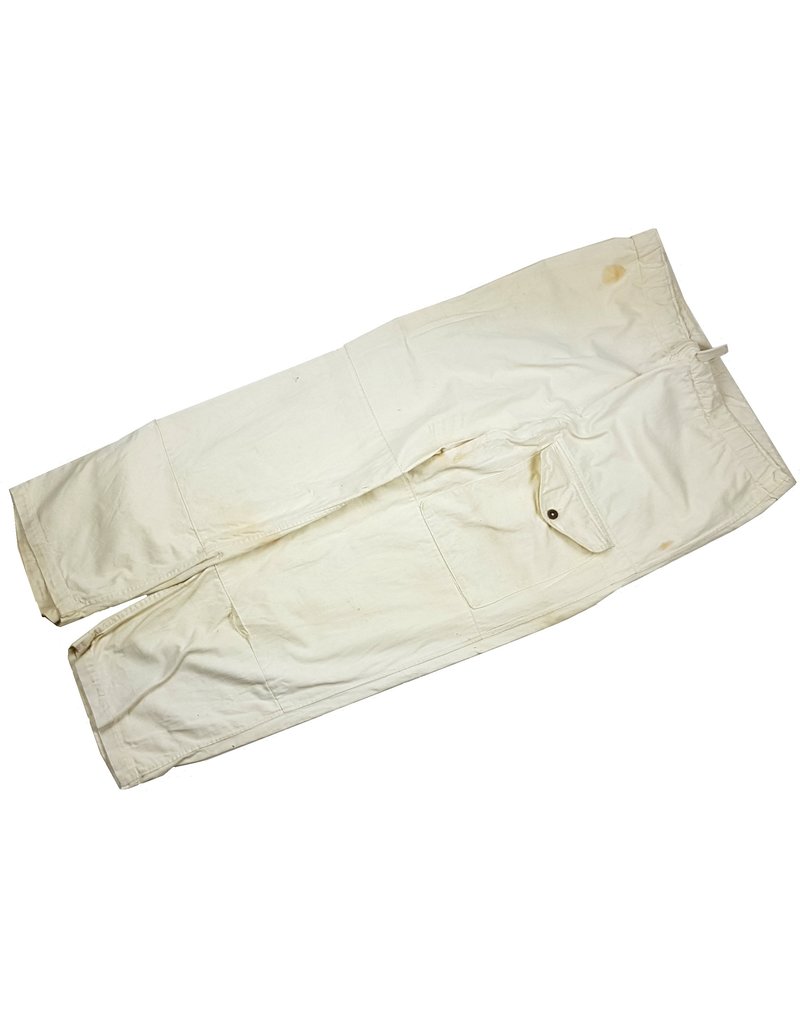 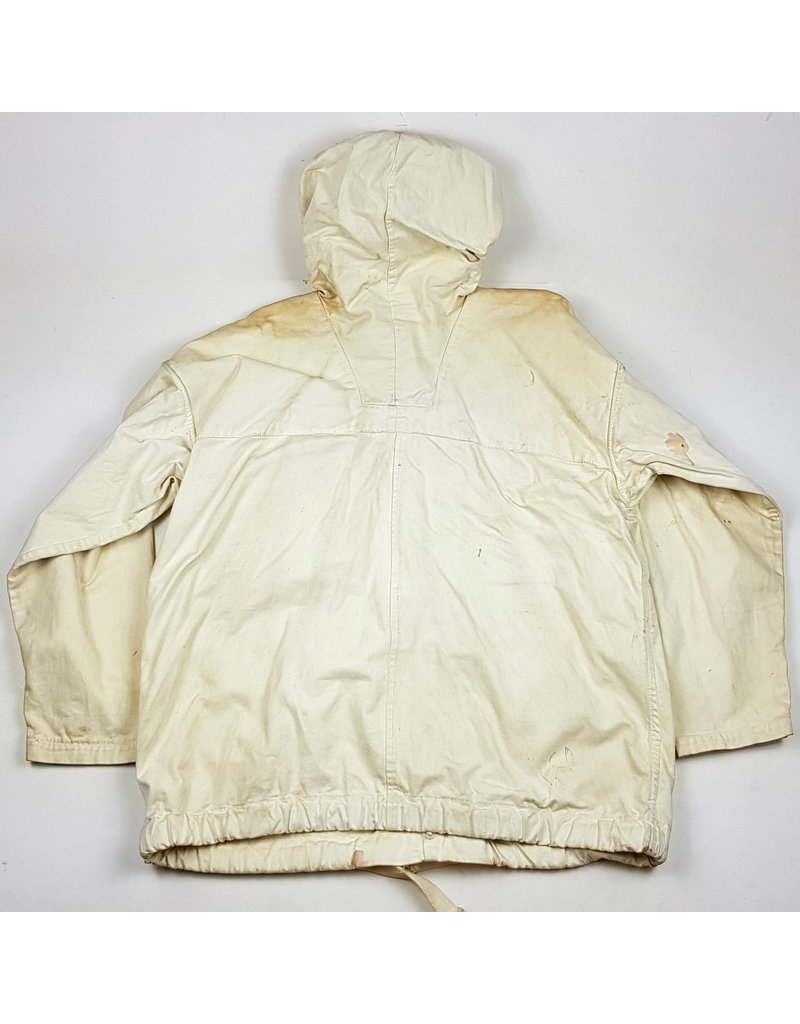 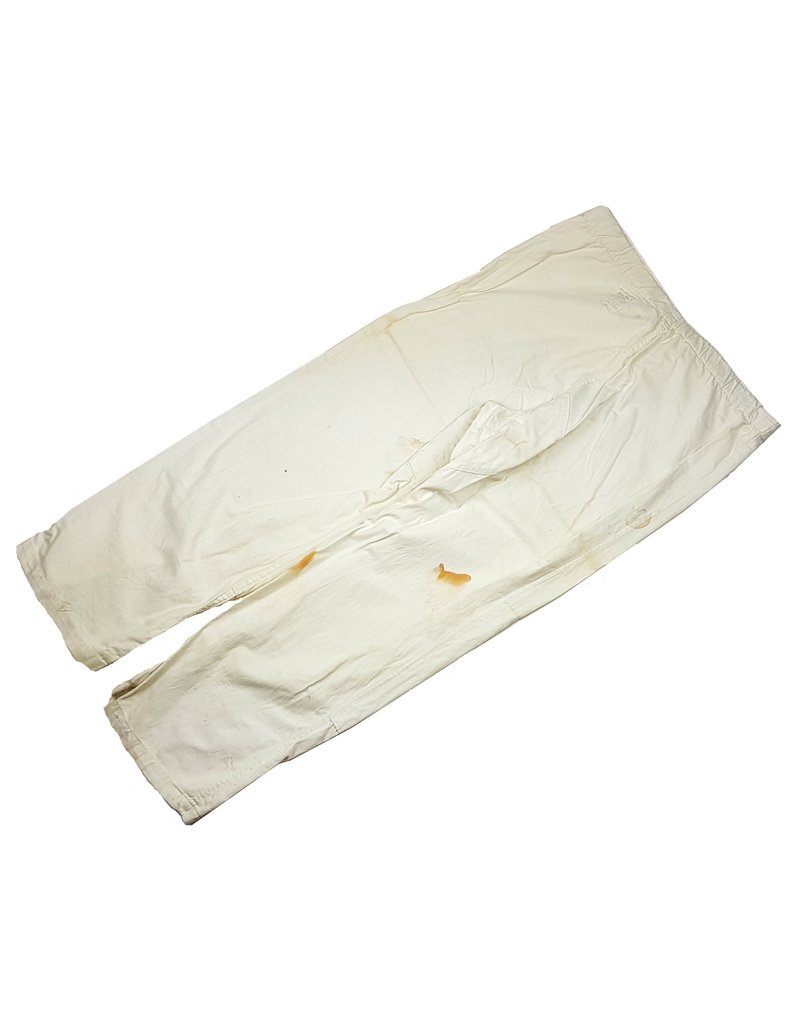 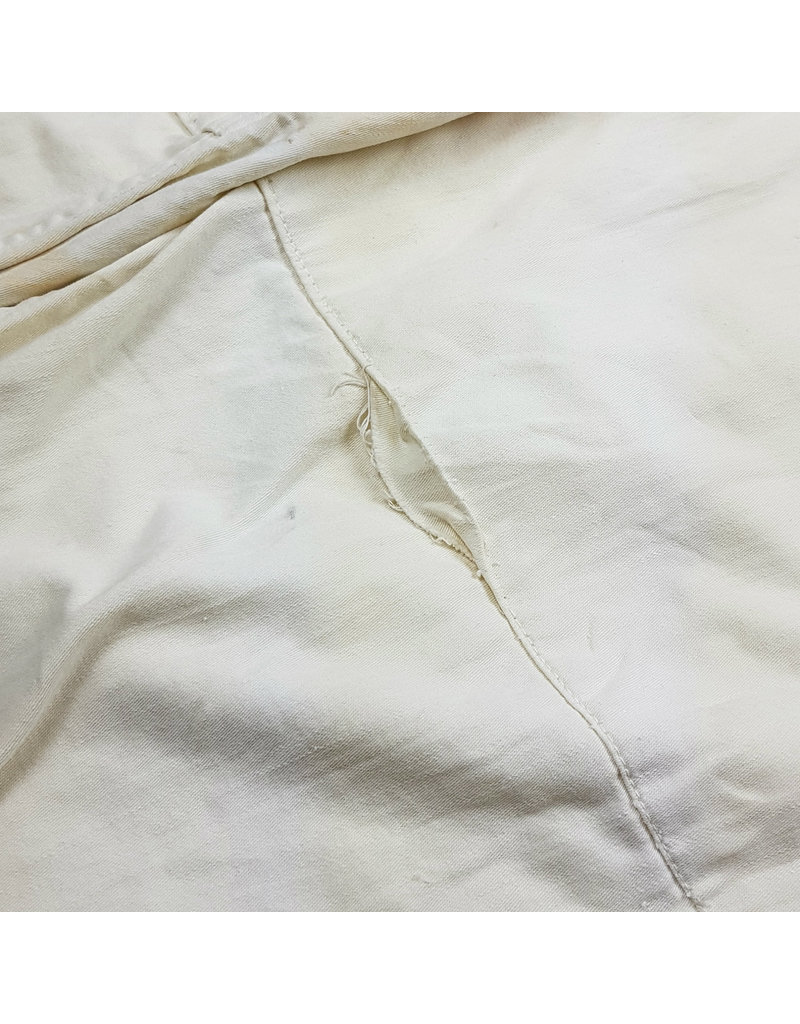 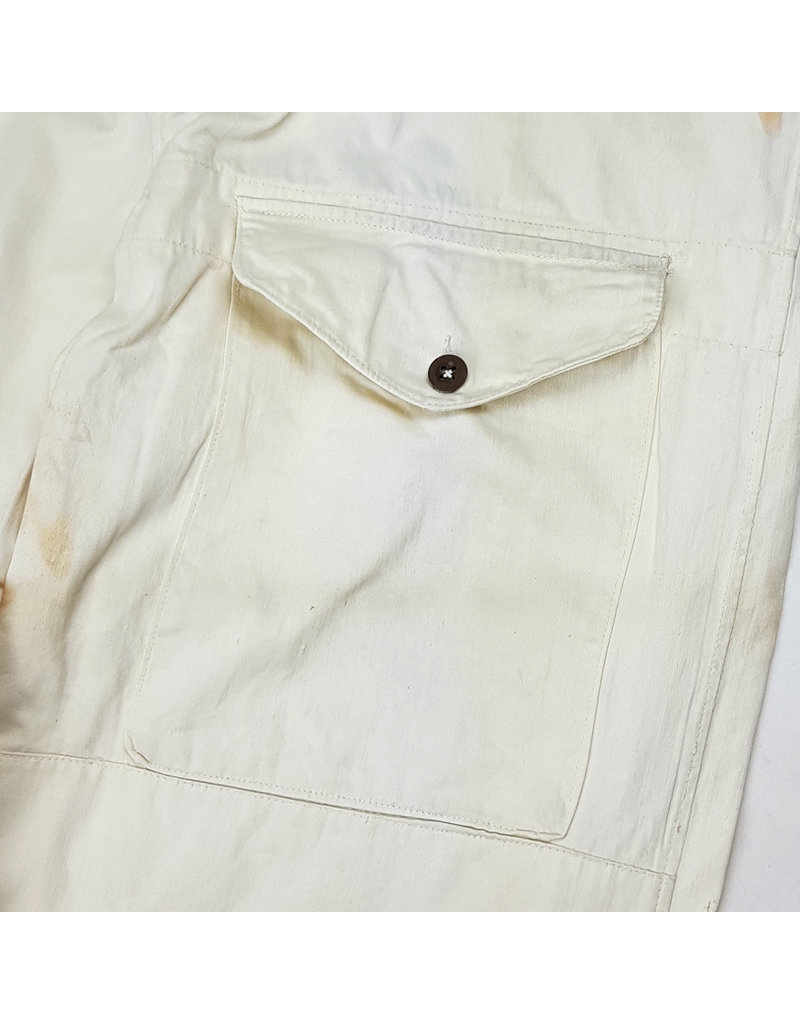 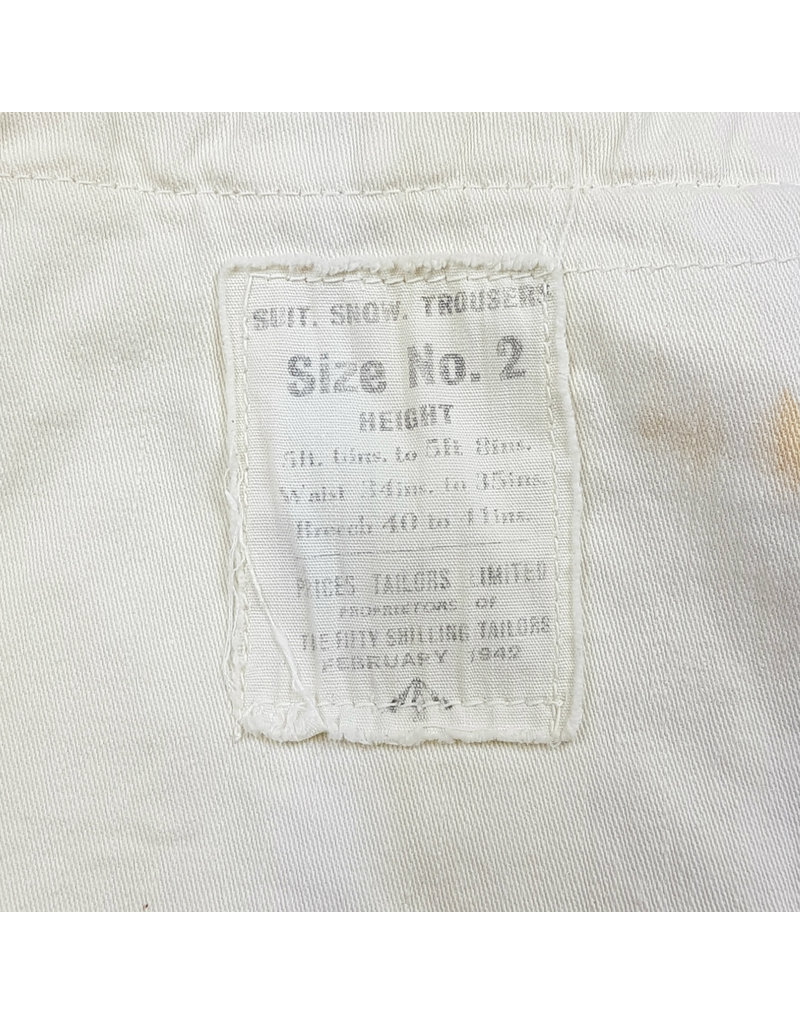 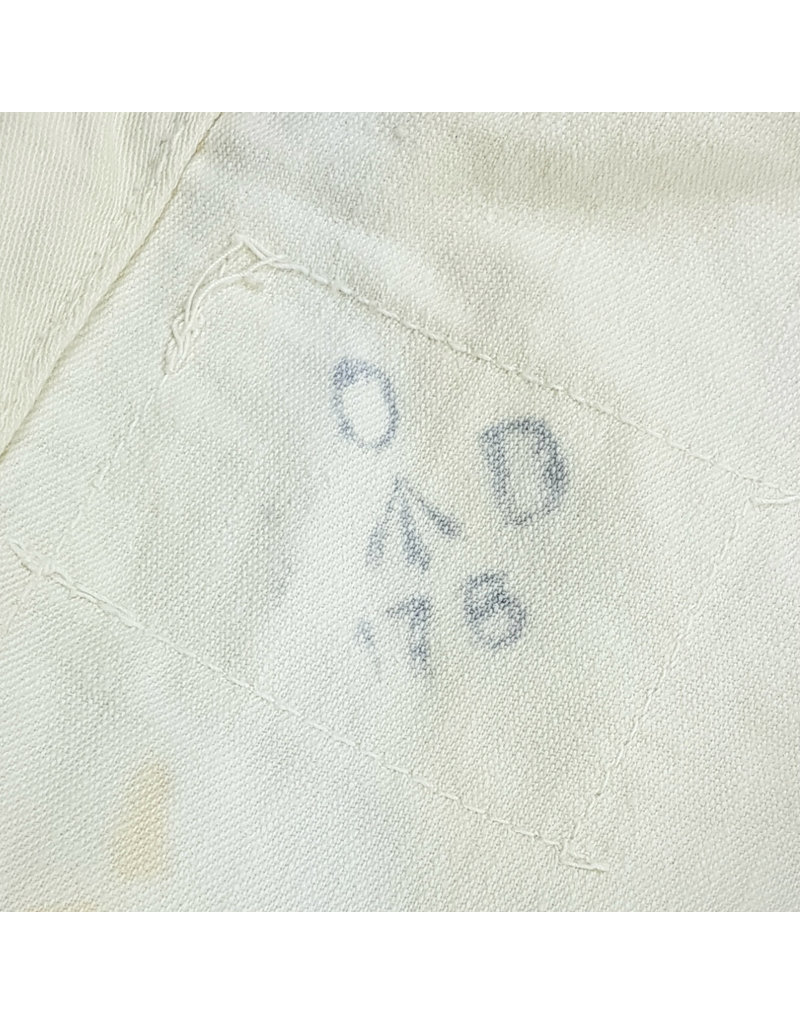 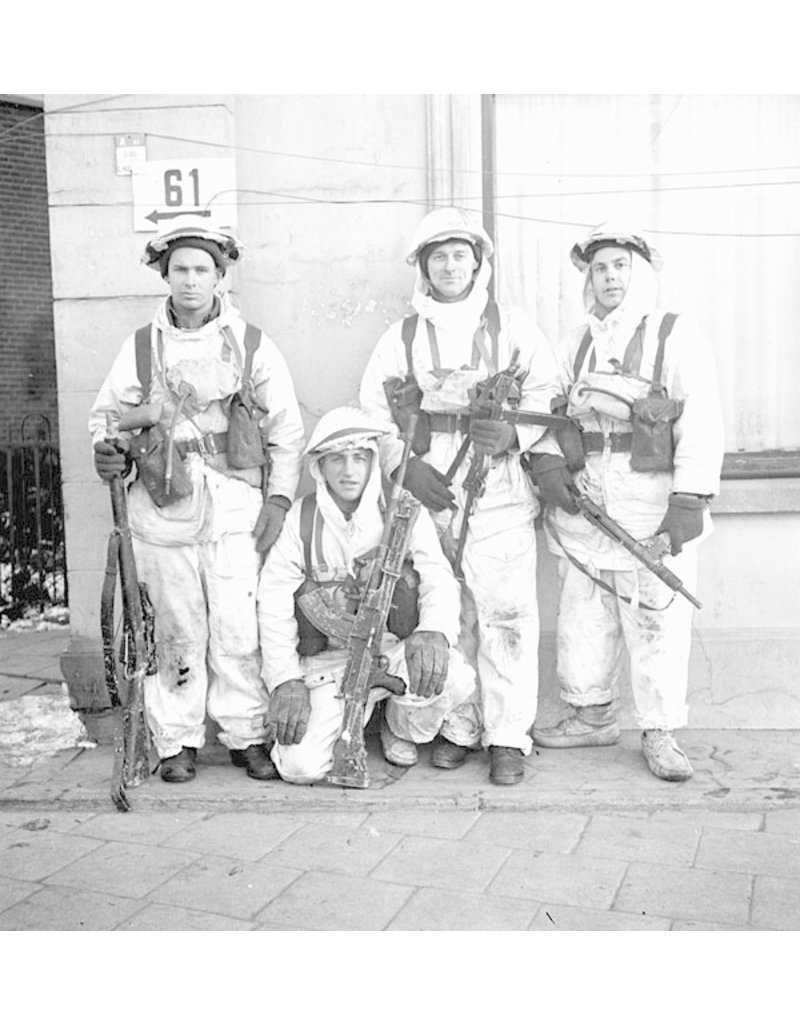 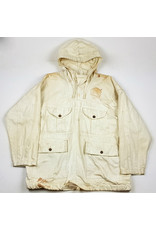 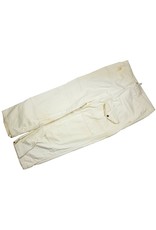 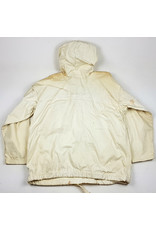 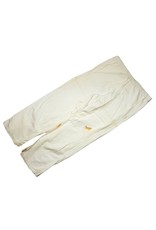 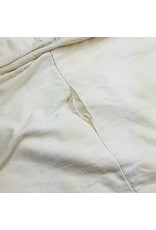 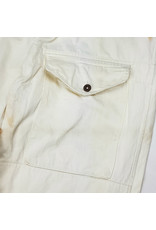 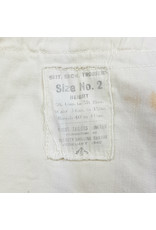 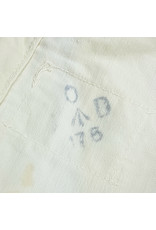 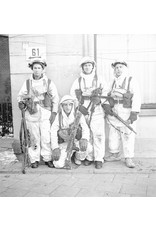 Hard to find British made WW2 Snow/Winter Suits (smock and pants). The winter suits were made from heavy-weight white coloured cotton garments that were issued to be worn during periods of cold weather while the terrain was covered in snow. The cut is the same as found with the drab tan and camouflaged windproof suits. Indentical to the pattern used with the windproof suits other than the thickness and weight. These smocks were worn over the Battledress. They are often seen in photos being used by snipers and commandos but also issued to regular army troops, for example the Lincoln & Welland Regiment who took part at the Kapelsche Veer, the Netherland, January 1945.
The smock and trousers are in good used condition, shows clear traces of usage, all buttons present. Trousers are showing a small damage on the knee. Trousers are fitted with a makers label, dated 1942 with size 2 and War Department O marked. The smock is also fitted with makers label but unreadable.

This advert is for the Jacket & Trousers. See other listings for the gloves and Bren cover in winter camouflage. 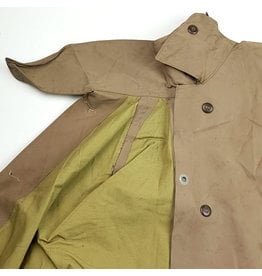 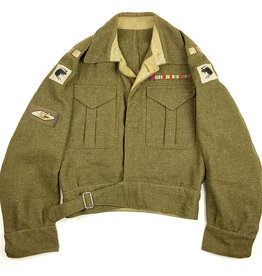 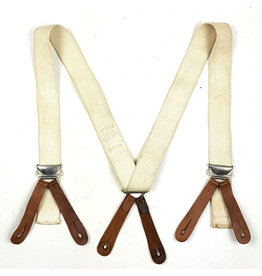 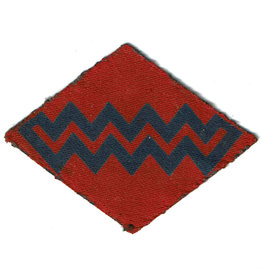 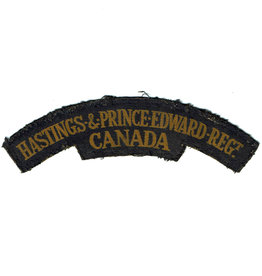 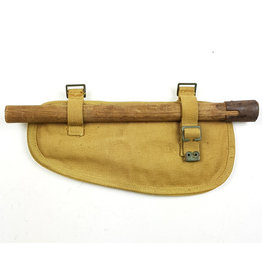 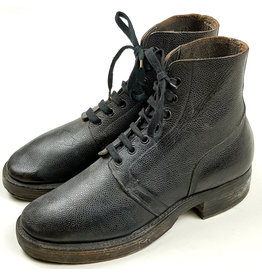 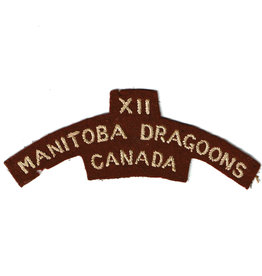 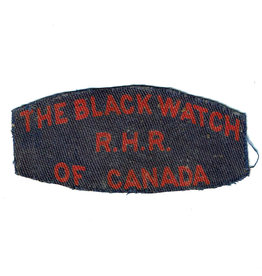