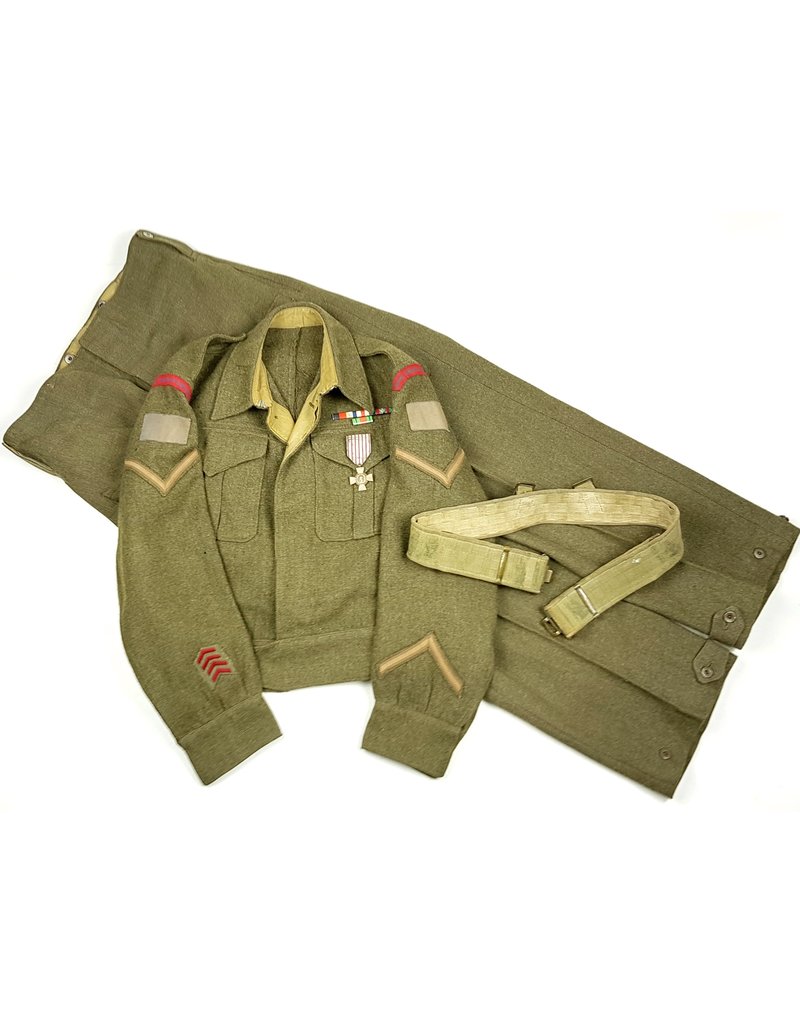 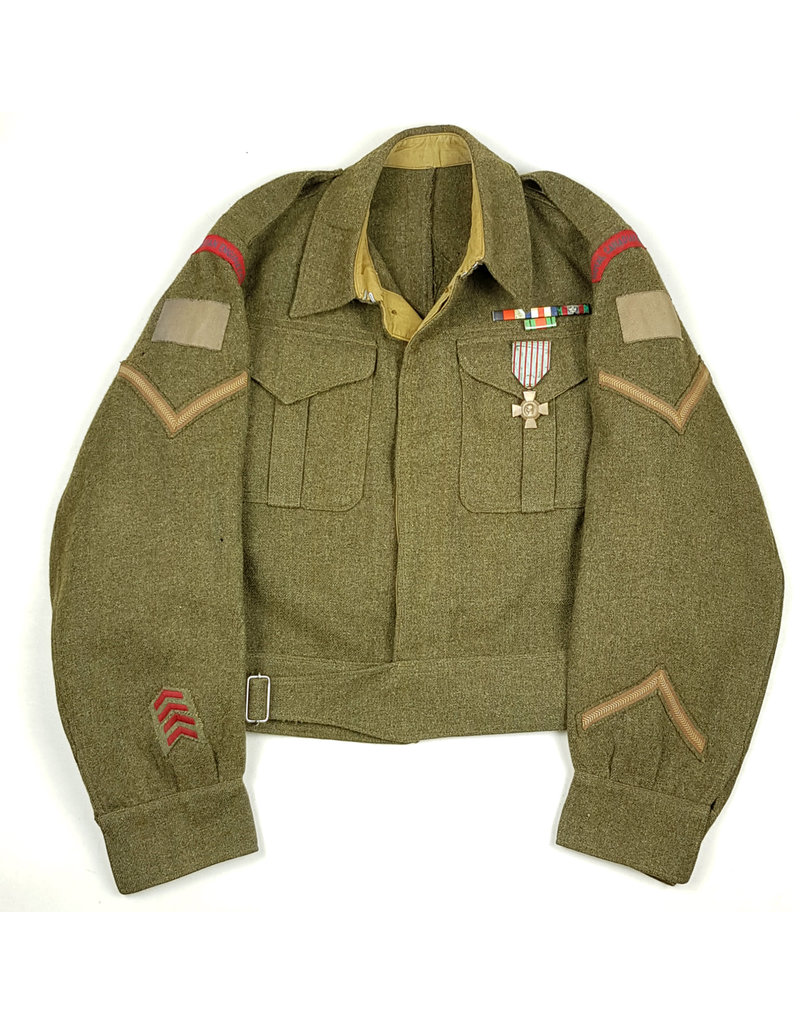 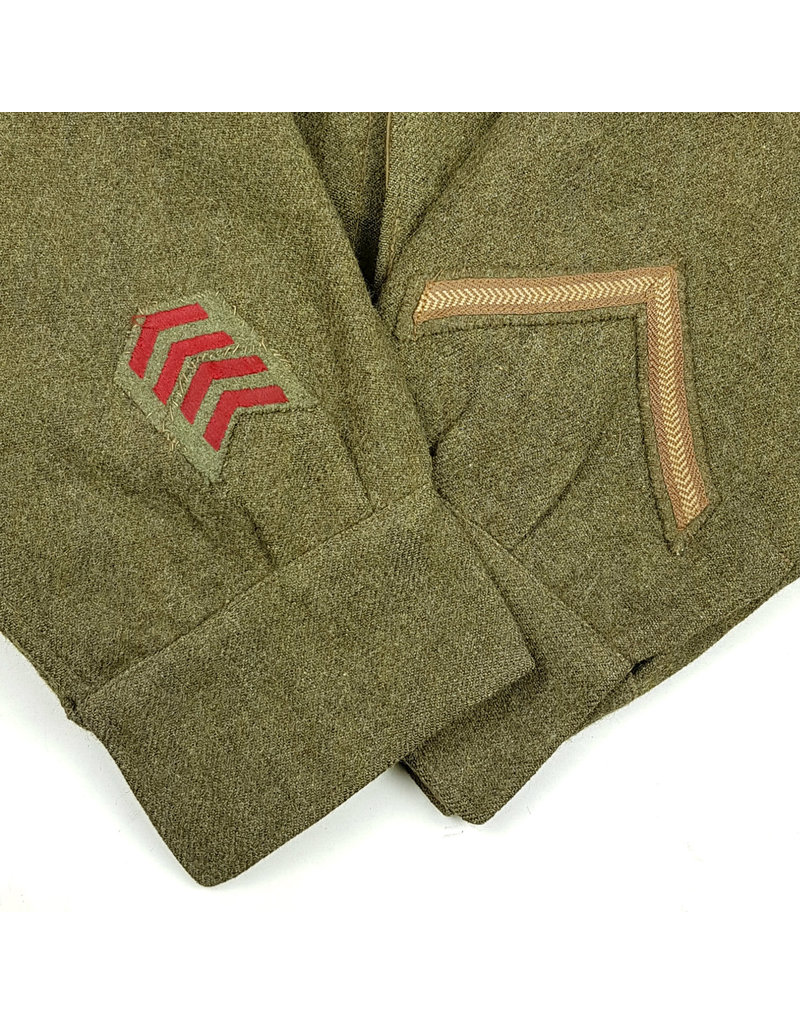 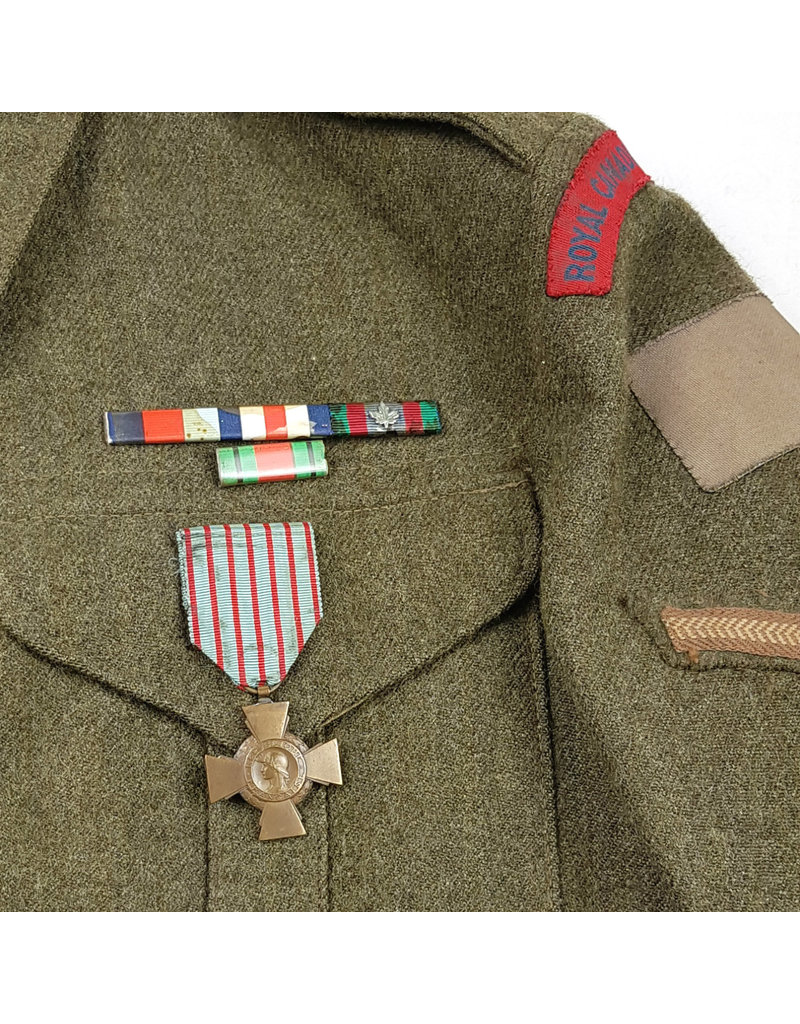 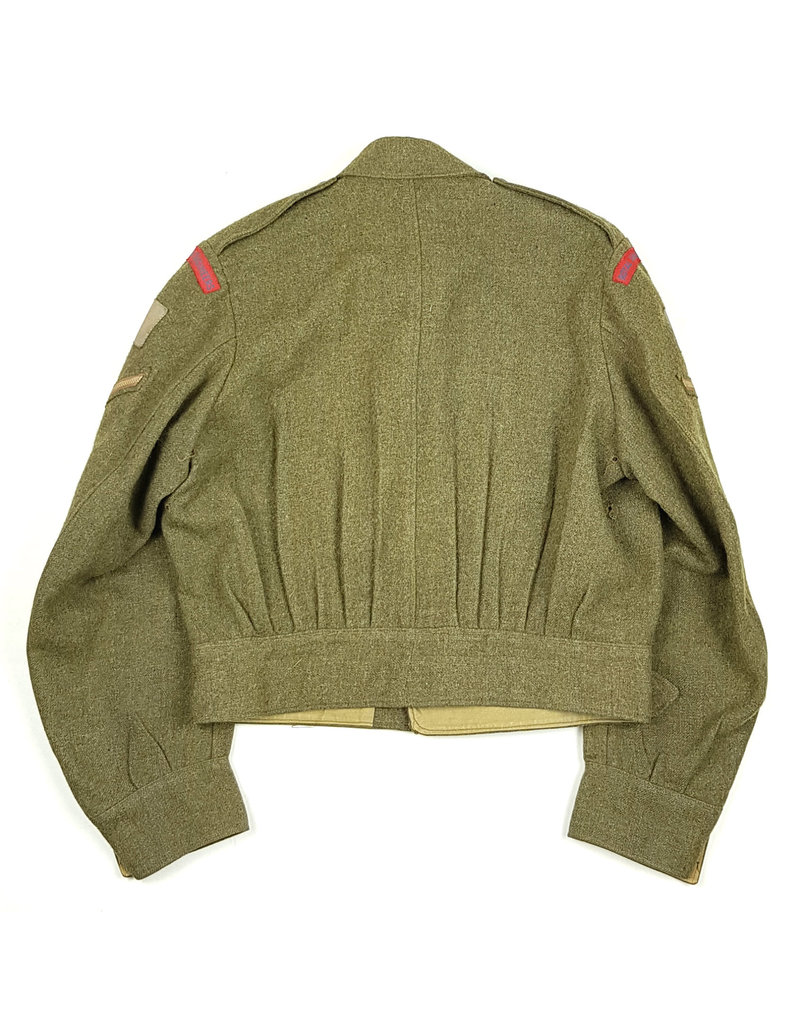 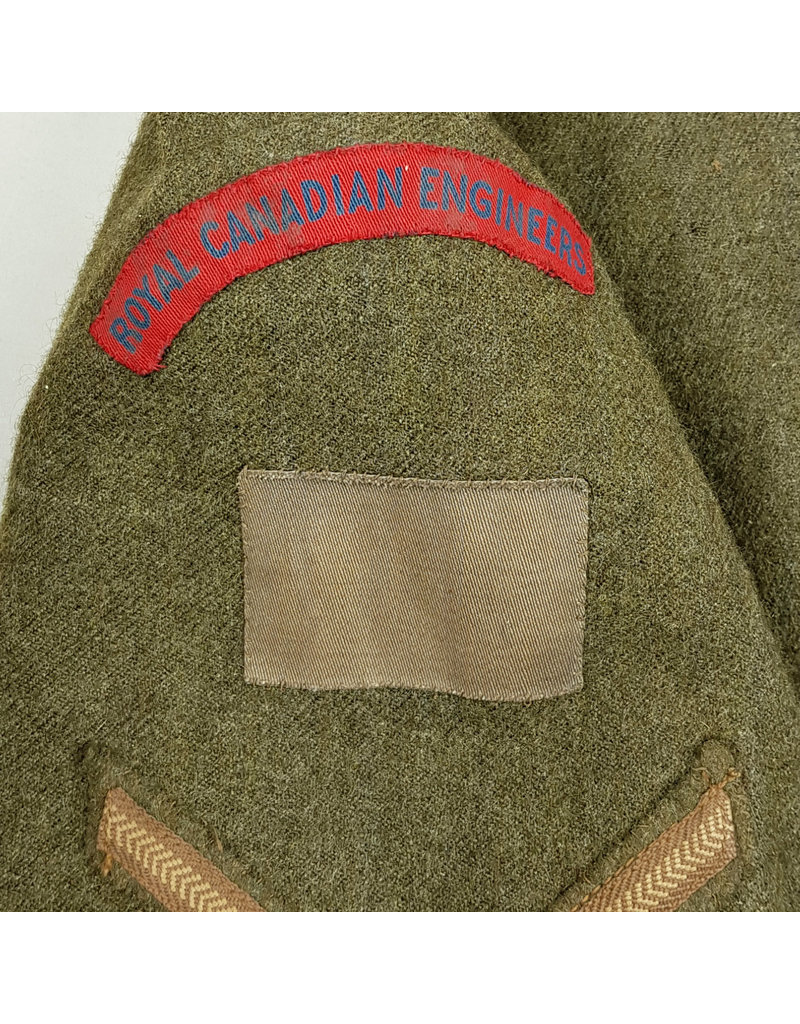 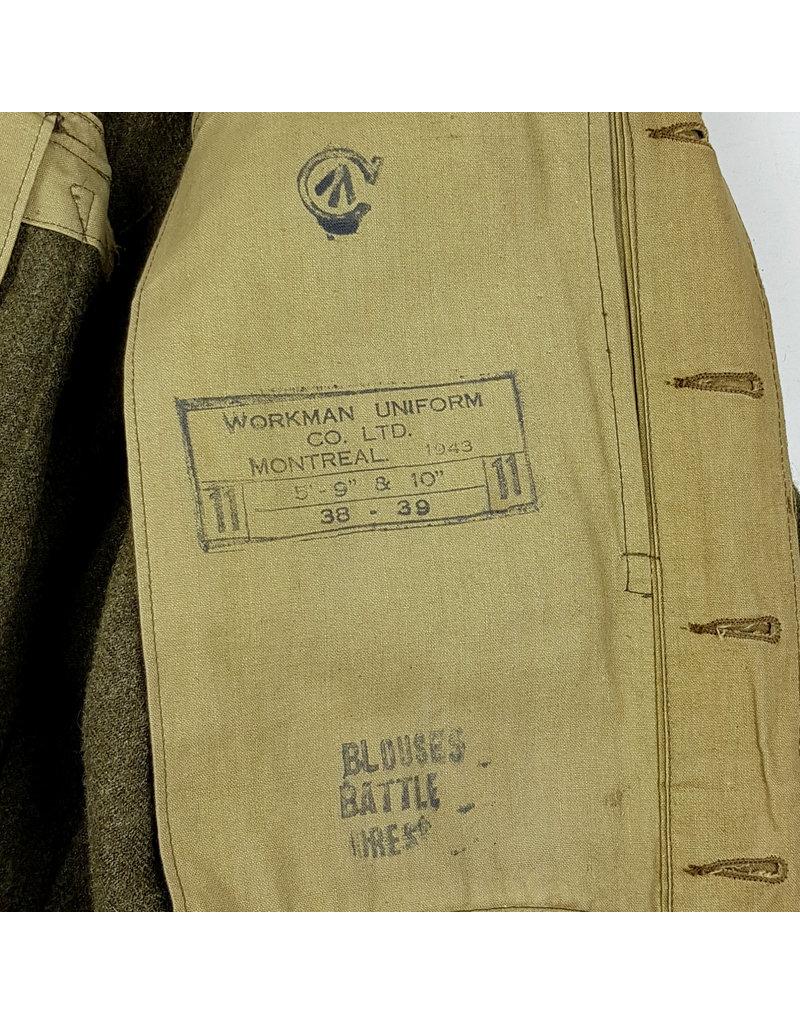 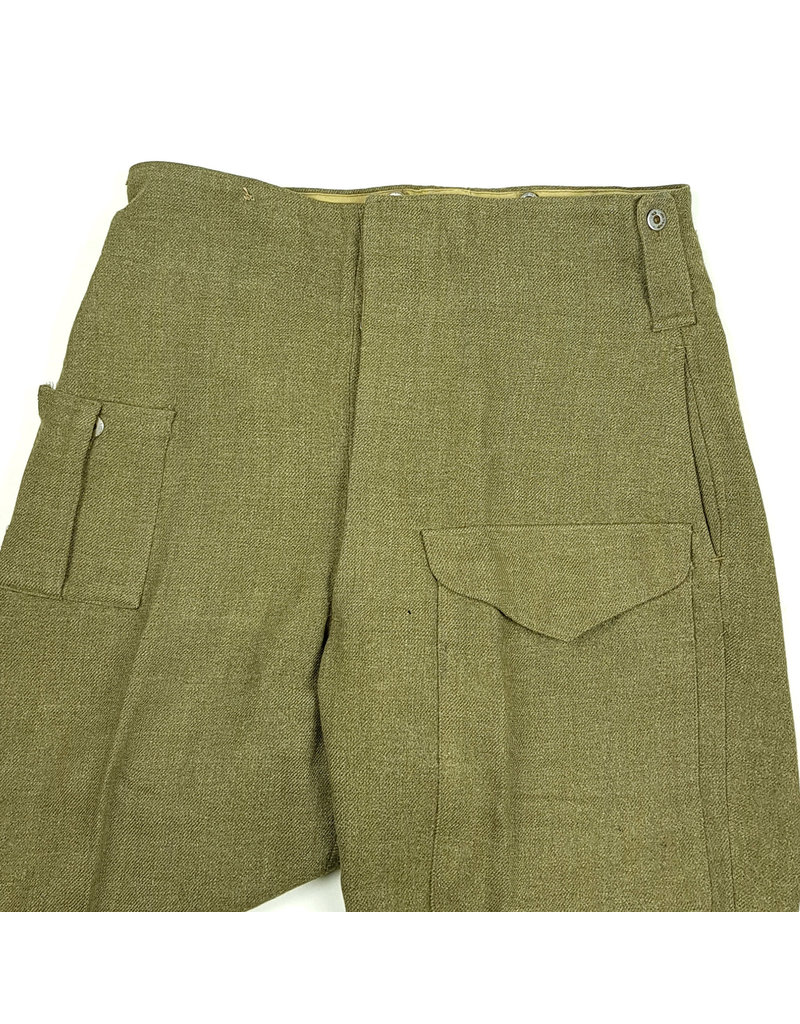 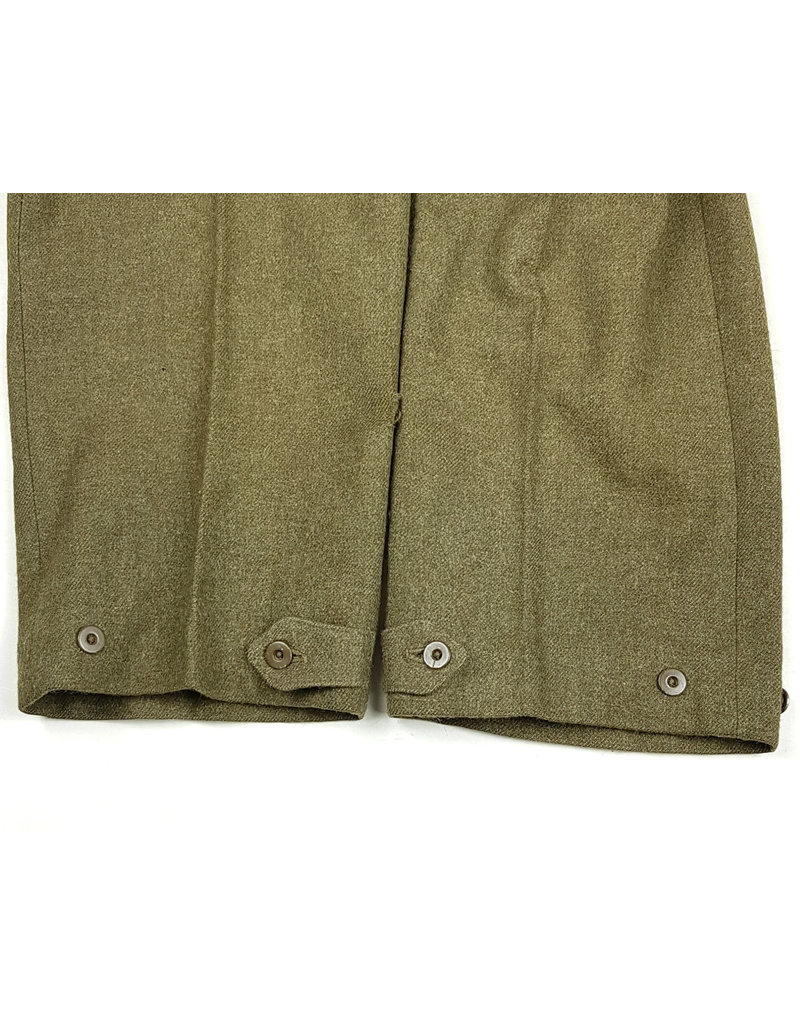 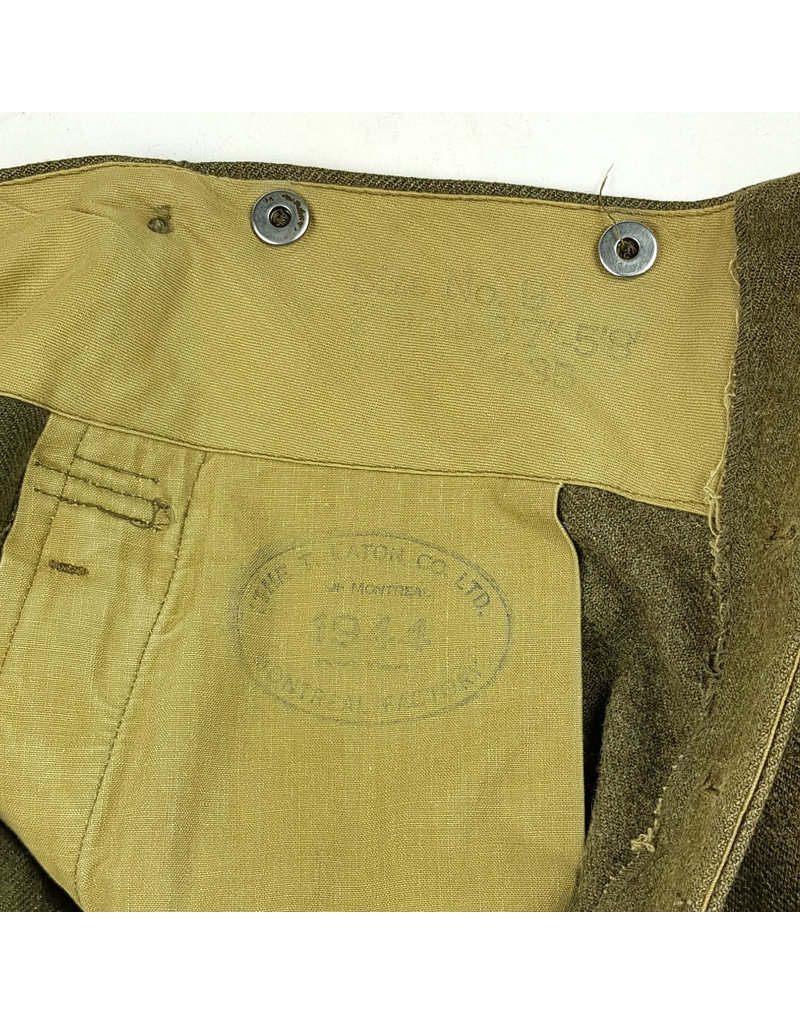 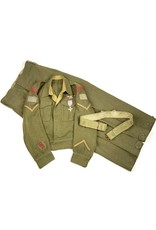 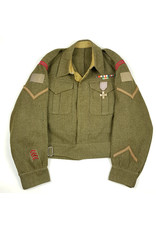 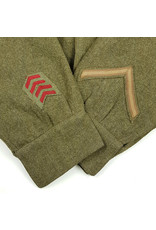 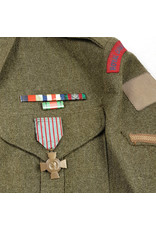 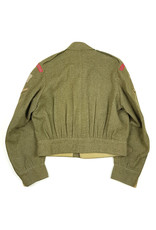 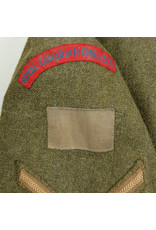 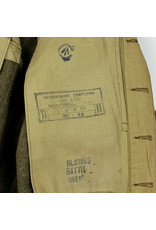 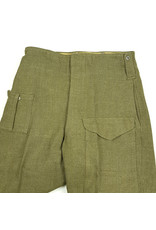 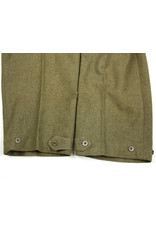 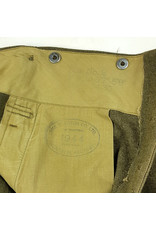 This is an original Canadian uniform group to a Lance-Corporal who served the Royal Canadian Engineers (RCE) within the 3rd Canadian Infantry Division. The lot consits the Battle-dress tunic, pair of trousers and web belt as found together. The tunic and trousers are in good used condition, shows small damages, furthermore great uniform set. Original applied printed/canvas shoulder titles and division patches, service chevrons, Good Conduct Chevron on the lower left sleeve and medal ribbons including a French award 'Croix du Combattant' (more information below). Tunic is nicely maker marked and dated 1943 with size 11. The trousers are maker marked and dated 1944 with size 9. The P37 Web belt is in good used condition and shows its original green blanco.

The French award 'Croix du Combattant'. The medal could be awarded for having participated for 90 days in military conflicts or military operations in a combat unit, operating by order of the Secretary of Defence for having been wounded or fallen ill during a military conflict or operation or for having spent 90 days in imprisonment as a prisoner of war. In any other unit or situation, the cross could be awarded after having been named on a list of honor, having participated in five armed conflicts, having been wounded in action or having been kept a prisoner of war by an enemy in disregard of the Geneva Convention.