Fairbairn and Sykes - Fighting Knife - B2 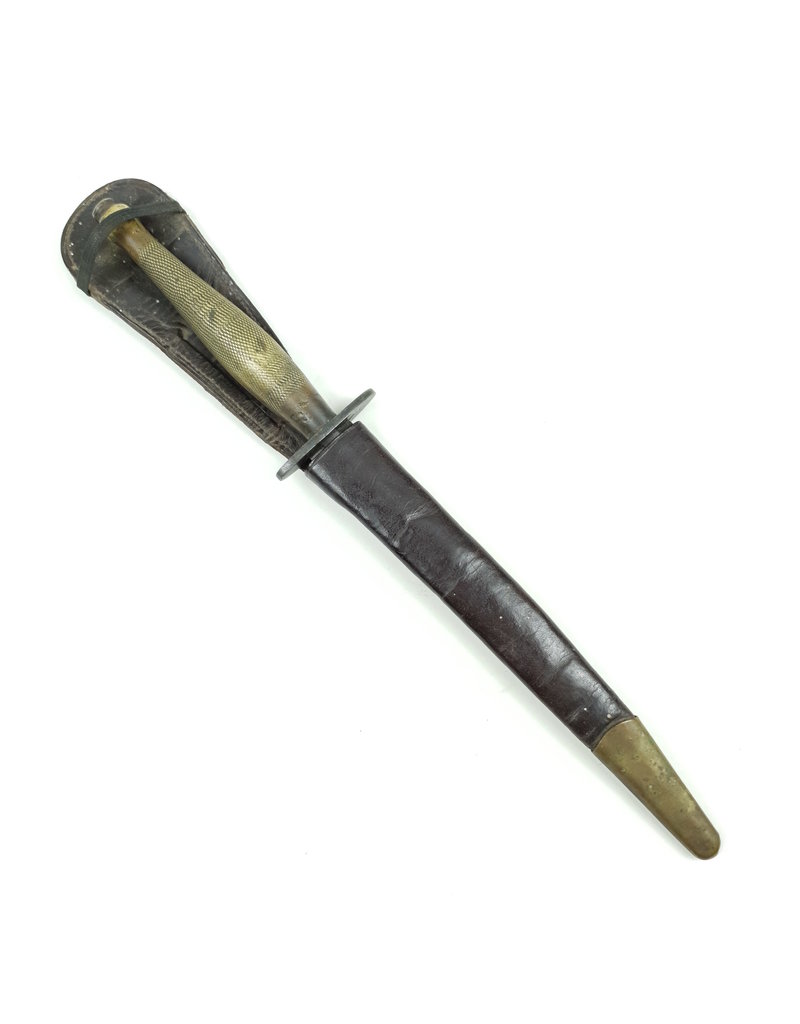 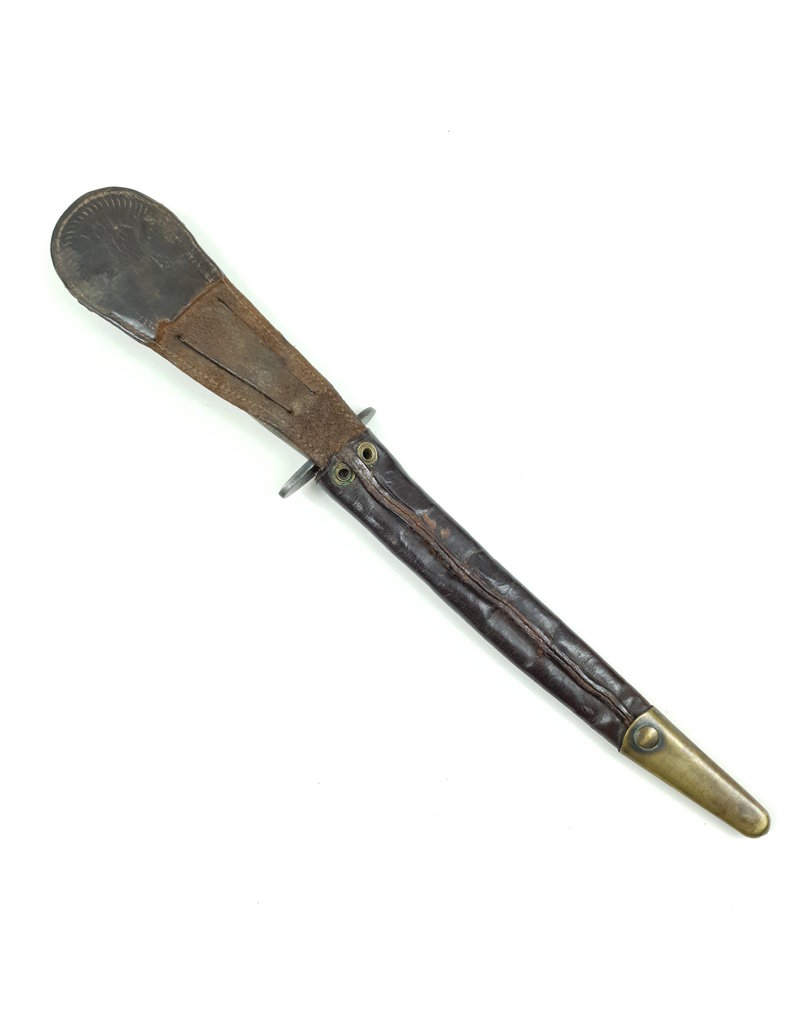 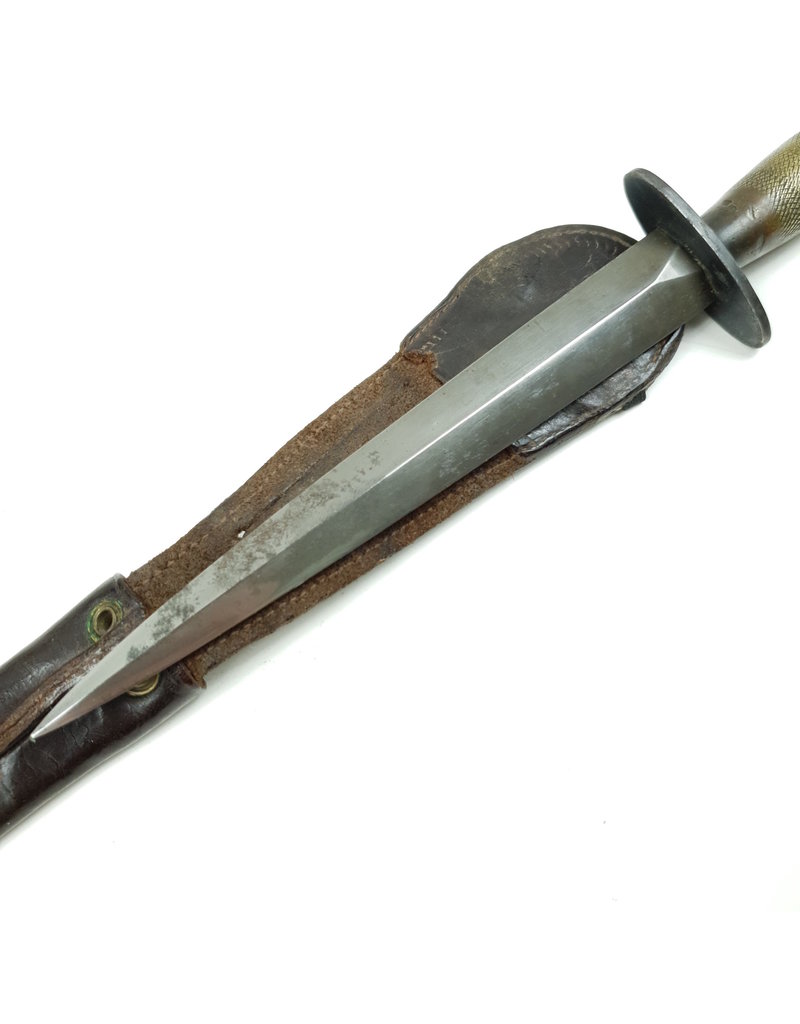 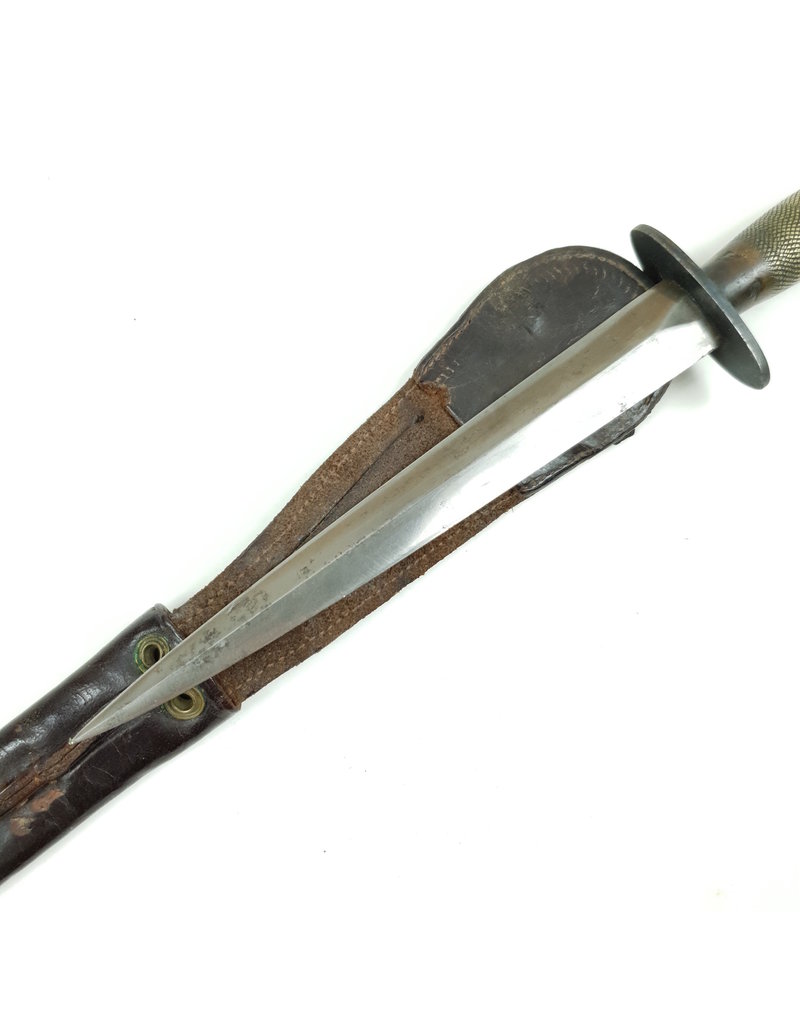 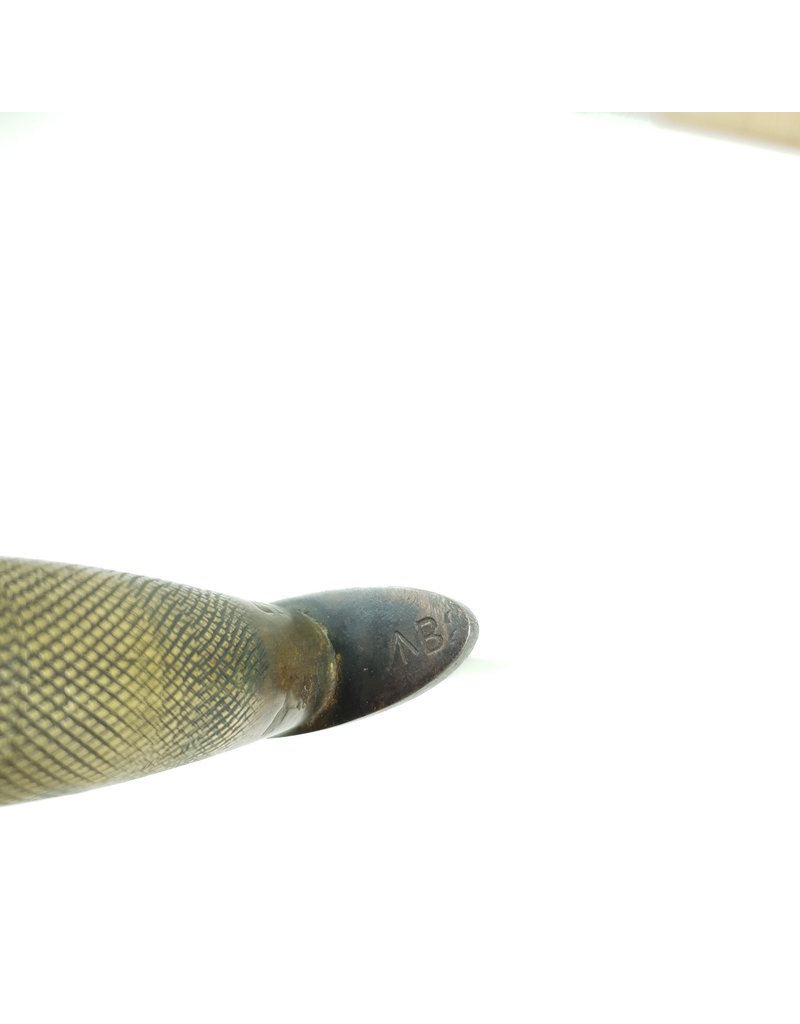 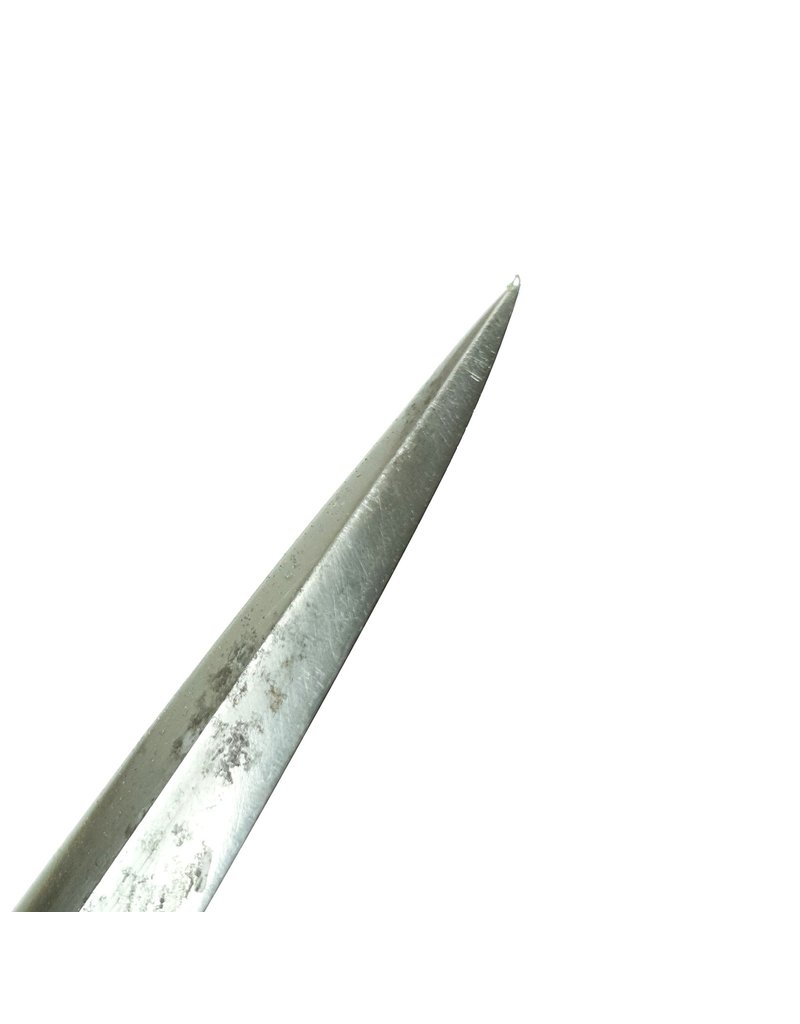 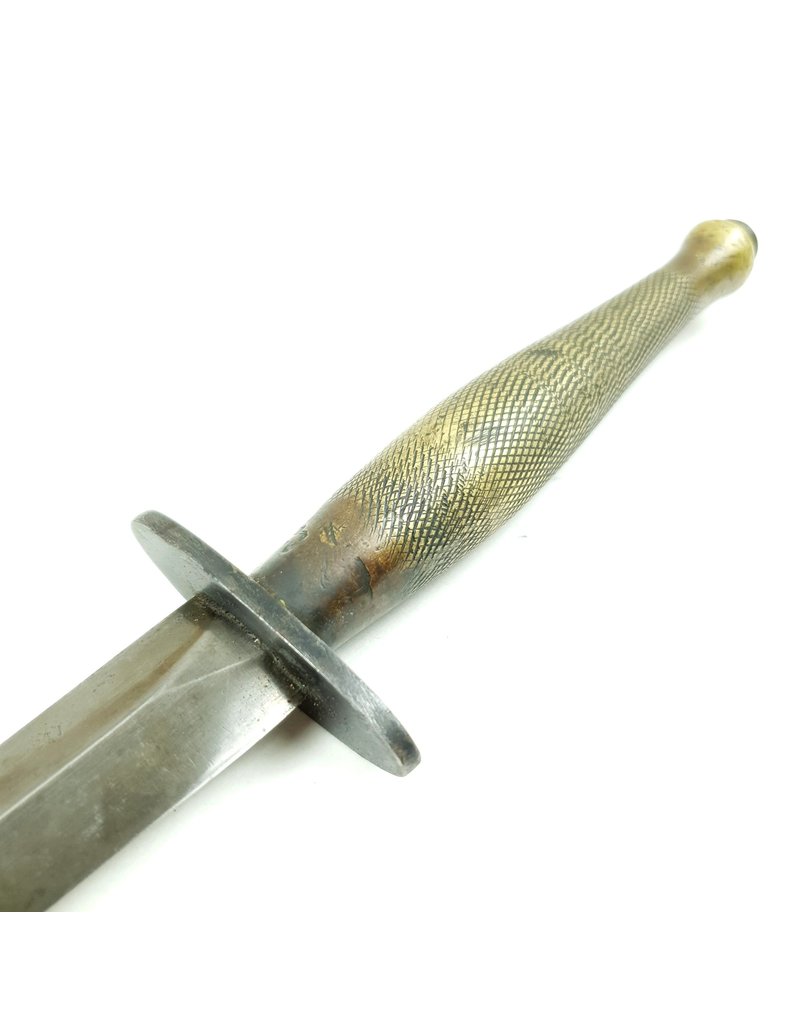 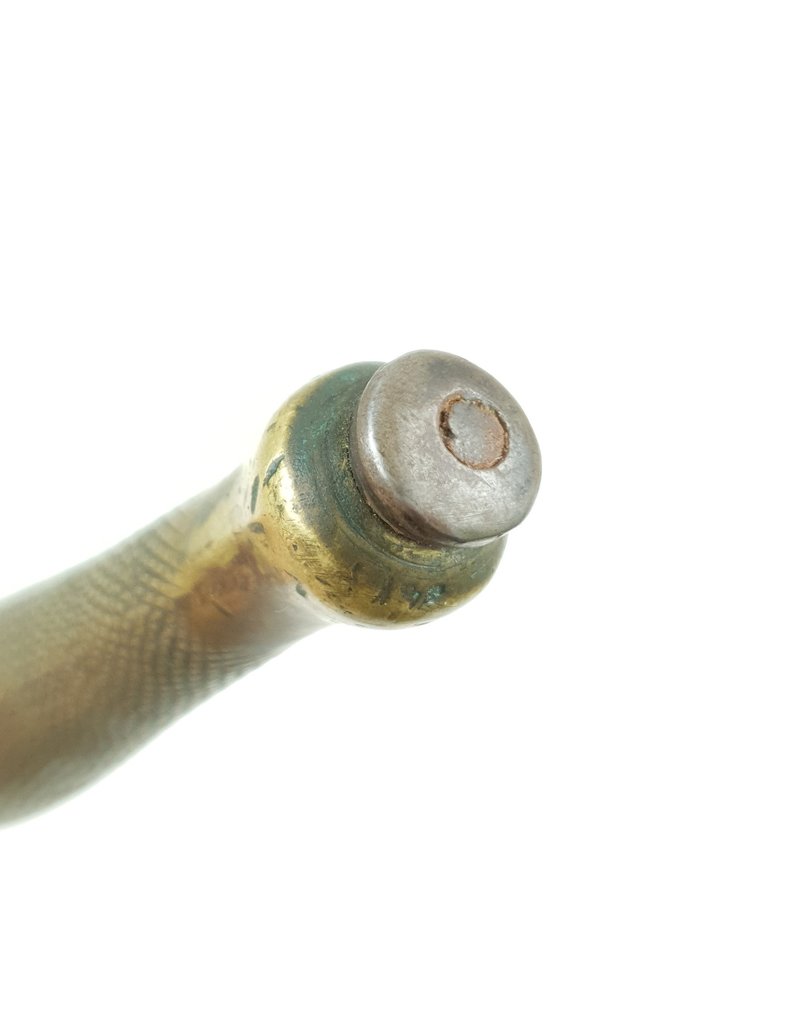 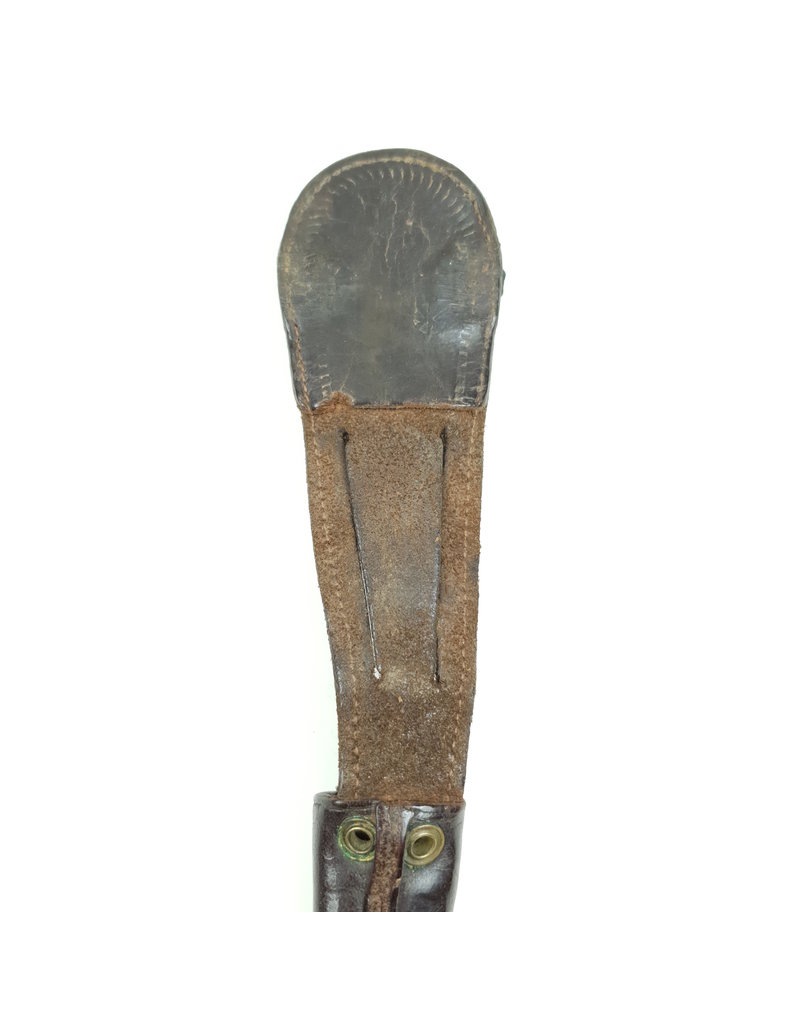 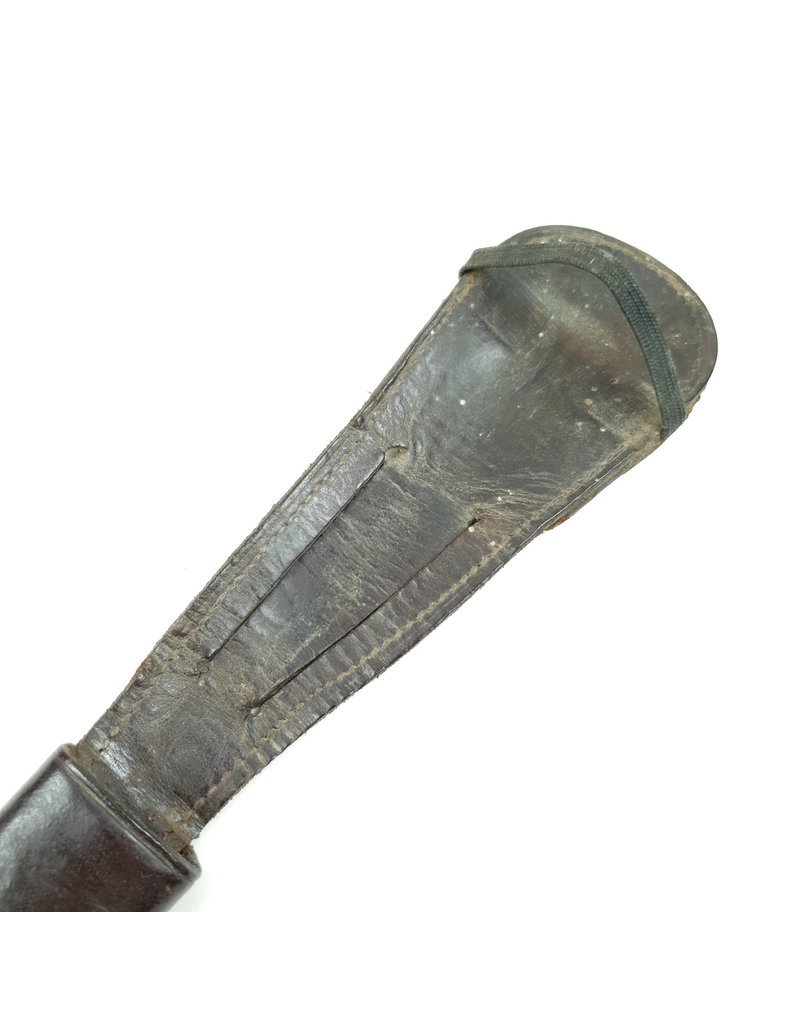 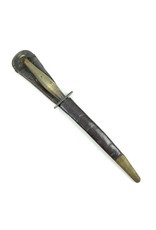 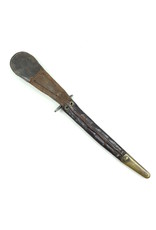 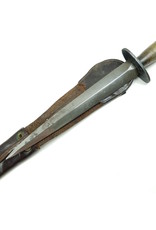 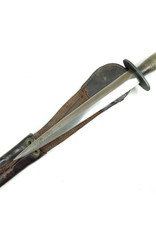 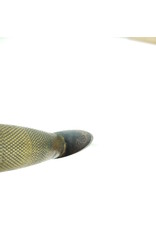 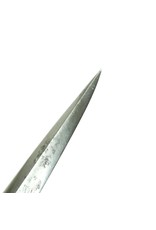 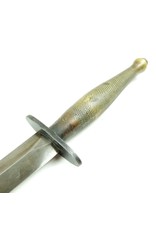 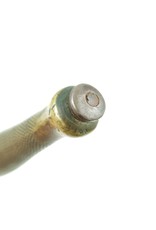 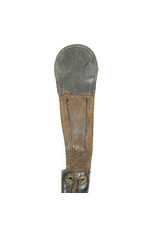 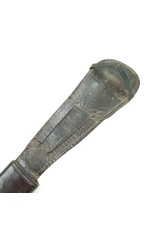 This is an original WW2 second model Fairbairn & Sykes fighting knife, maker marked B2. The classic F&S knives that are associated with the Commandos and Airborne troops was first designed in 1940. Captain Ewart Fairbairn and Eric Sykes worked with Wilkinson Sword to produce what became known as the First Pattern F&S knife. To speed up production, the second pattern knife was approved with some differents. In 1943 the third pattern knife was introduced which had a simpler ringed grip with a rounded ball on the end. The knife and scabbard are in used condition. The handle is marked with a Broad-Arrow maker mark B2. The scabbard is from the third model dagger, the leather tabs are removed. The blade is in good condition, the tip is a bit bent.