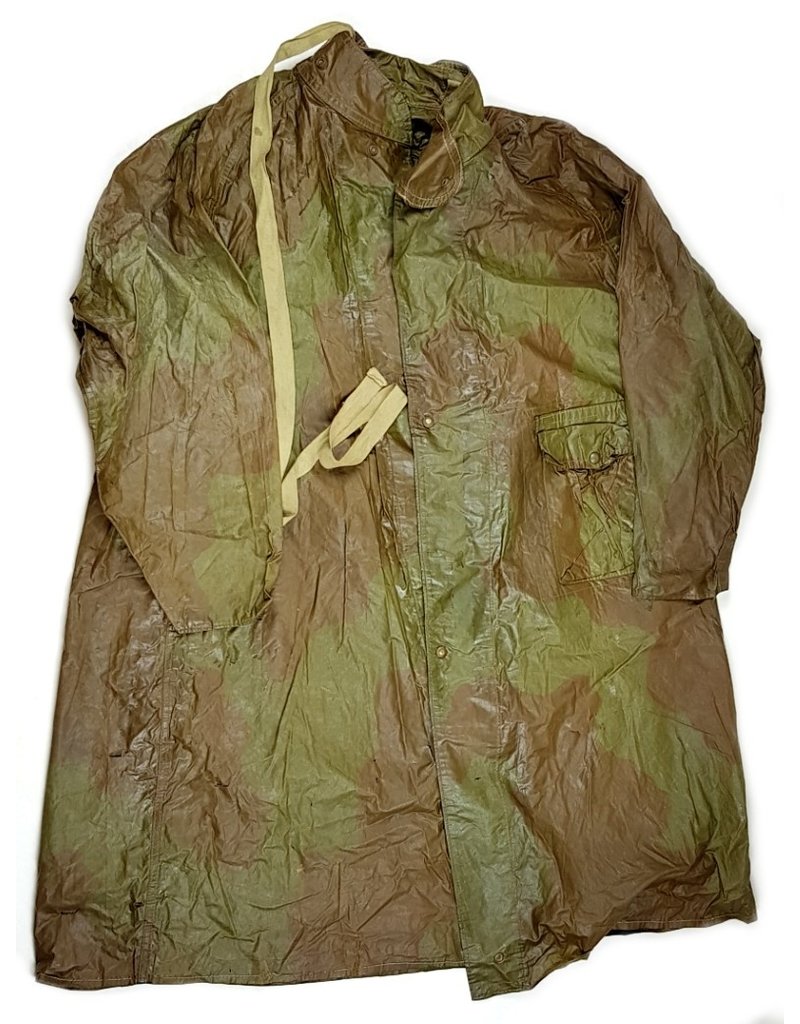 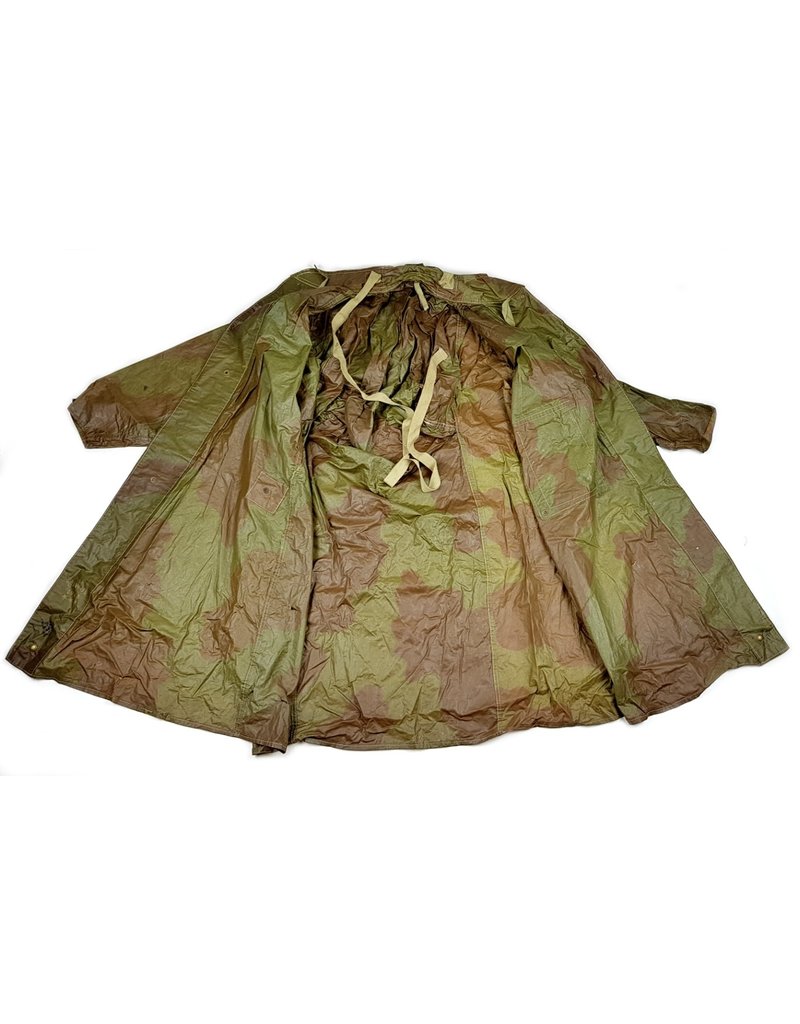 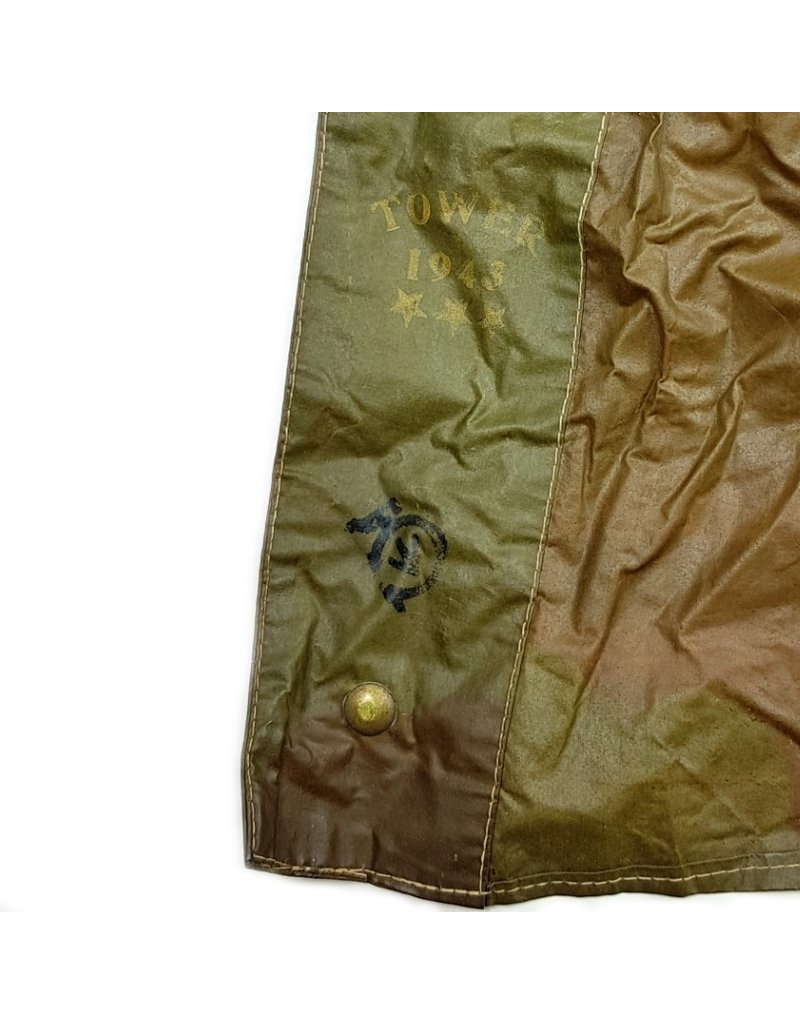 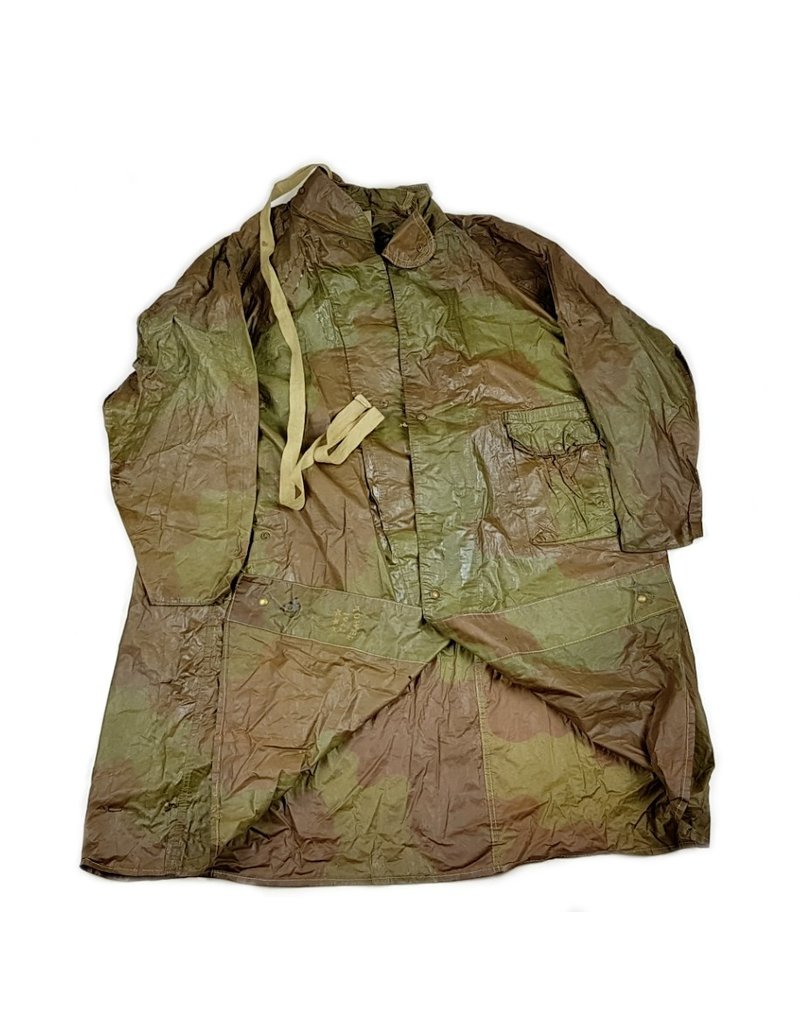 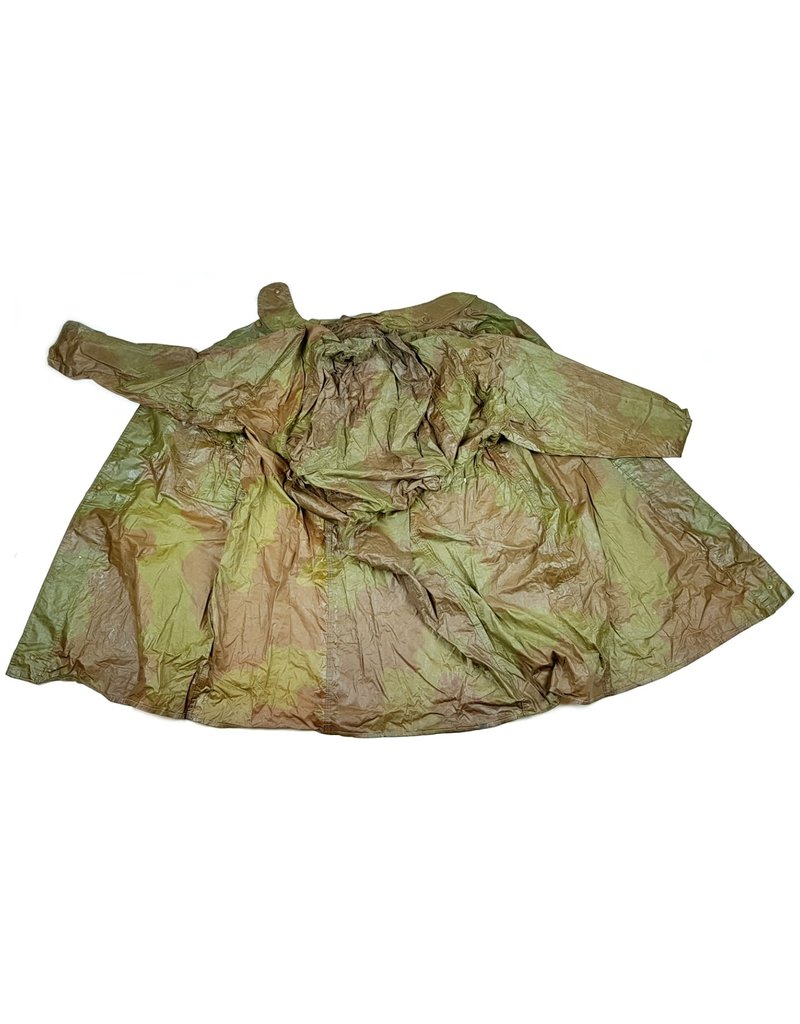 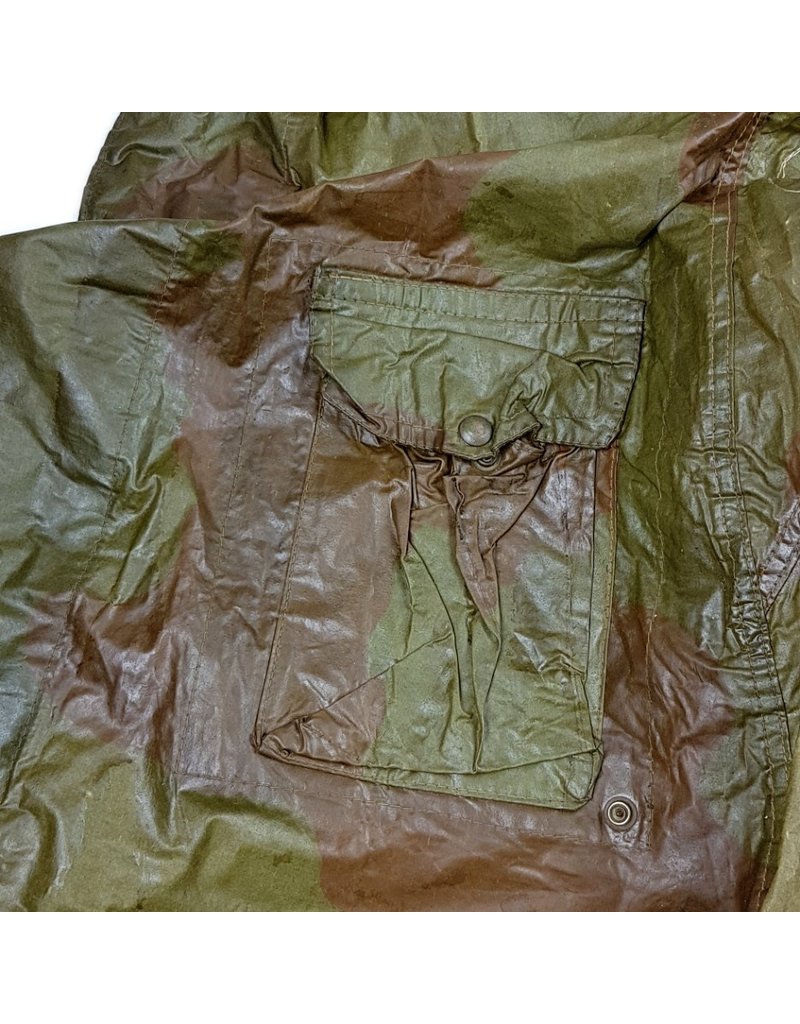 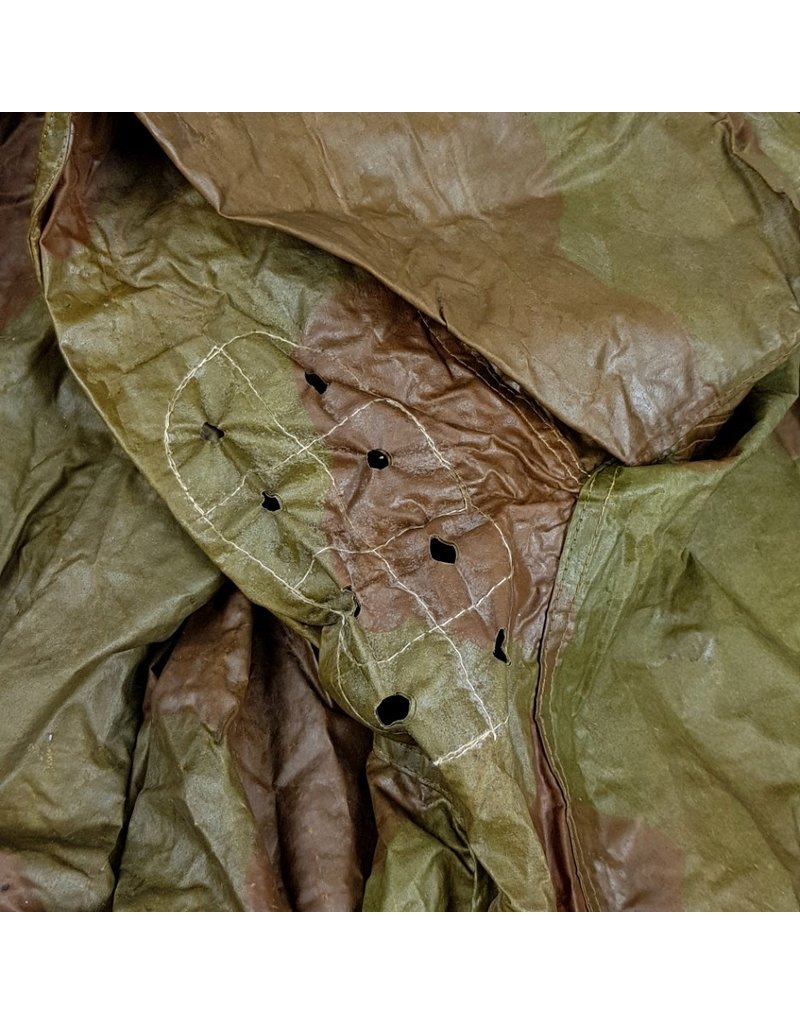 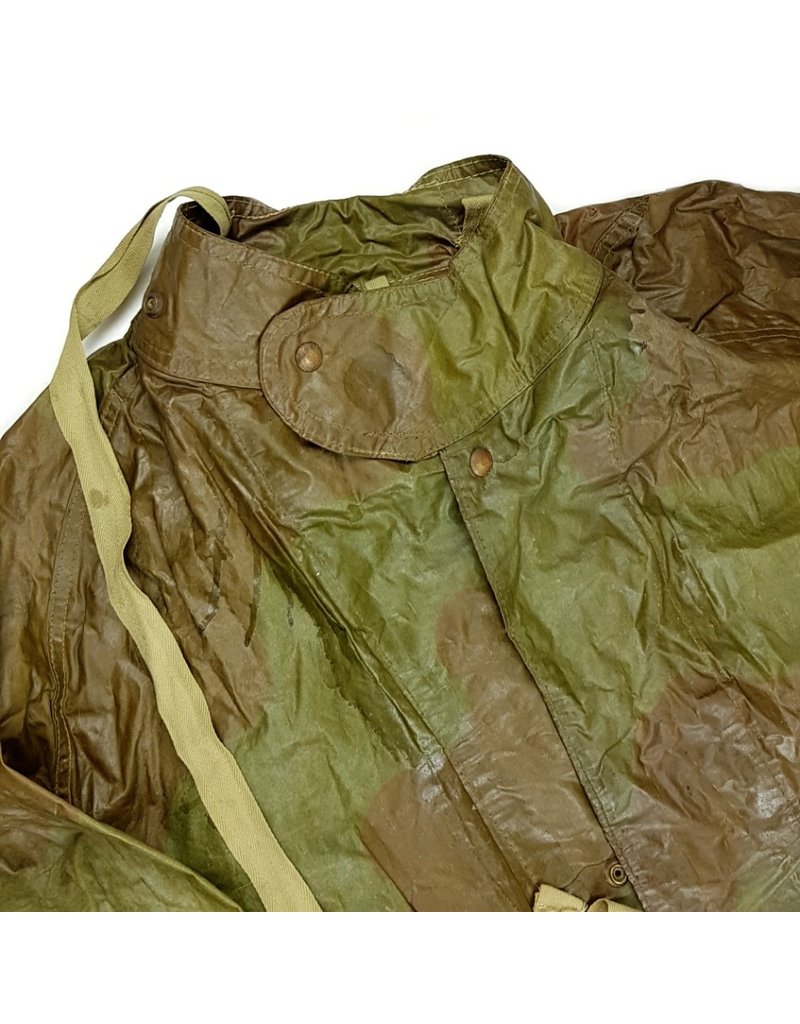 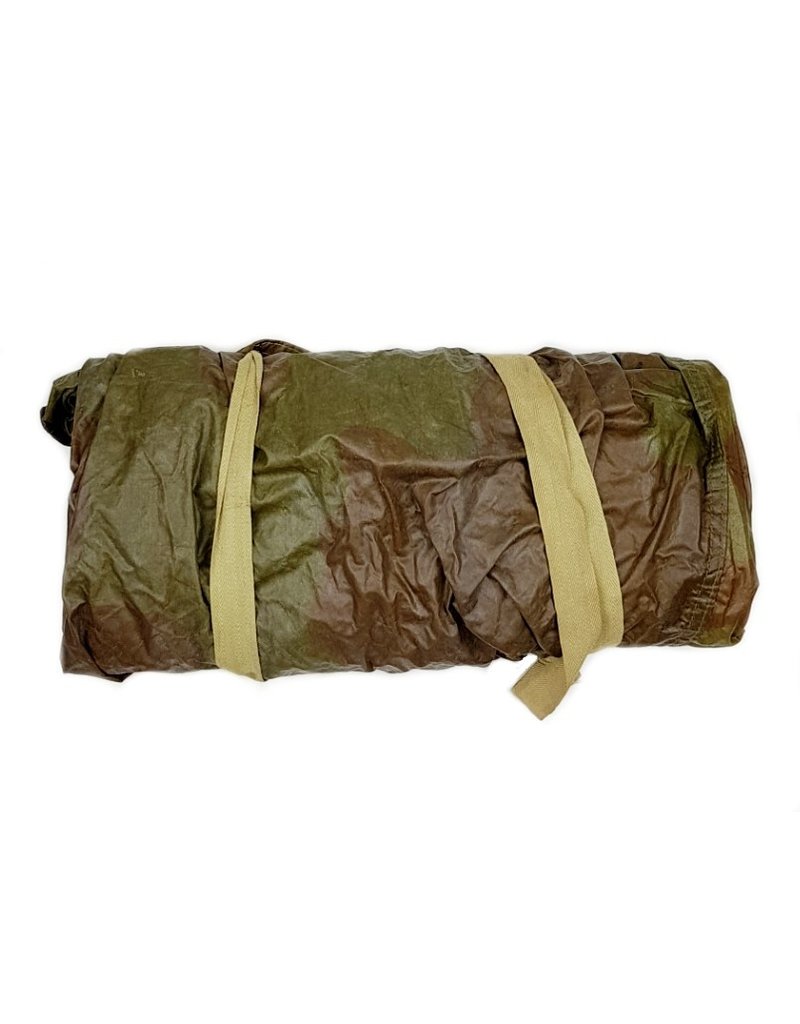 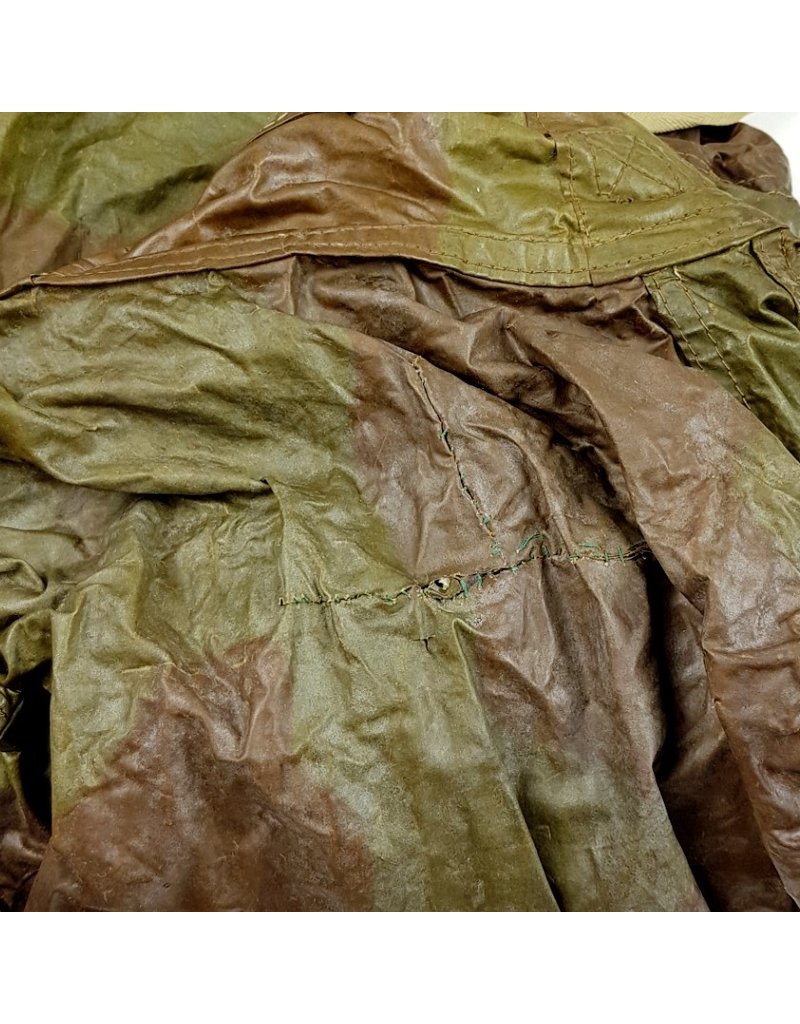 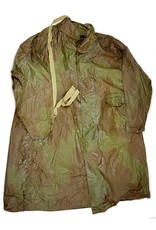 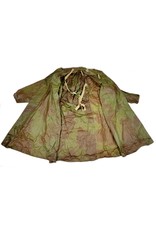 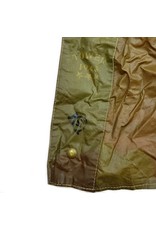 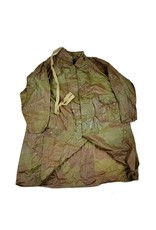 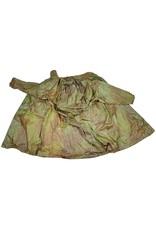 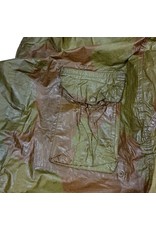 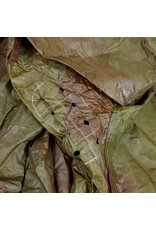 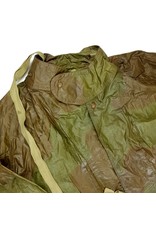 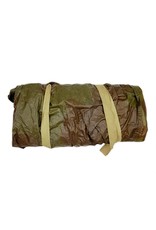 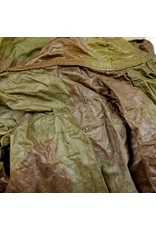 RARE Canadian WW2 Anti-Gas Cape. The gas cape was part of the standard equipment. Used against gas attacks and as raincape. The anti-gas cape was adopted in 1938 and was actually a full length coat with sleeves, produced from green coloured oilskin fabric. The 2nd pattern was introduced in 1940 had the same green base colour with the addition of brown camouflage splotches. It was longer than the poncho/rain cape, coming down to just past the knees and had a series of snap fasteners to close the front in addition to one for closing up the collar. The rectangular hump was built into the rear shoulder area shoulder area of the cape. This allowed the haversack to be worn underneath and also helped to hold the cape on the wearer when walking and ensured proper coverage.
When not needed by the troops, the anti-gas cape was normally rolled up and secured to the web belt, or carried in the haversack. A very rare collectible today!
The cape appears in very good supple condition, with one repair on the backside.