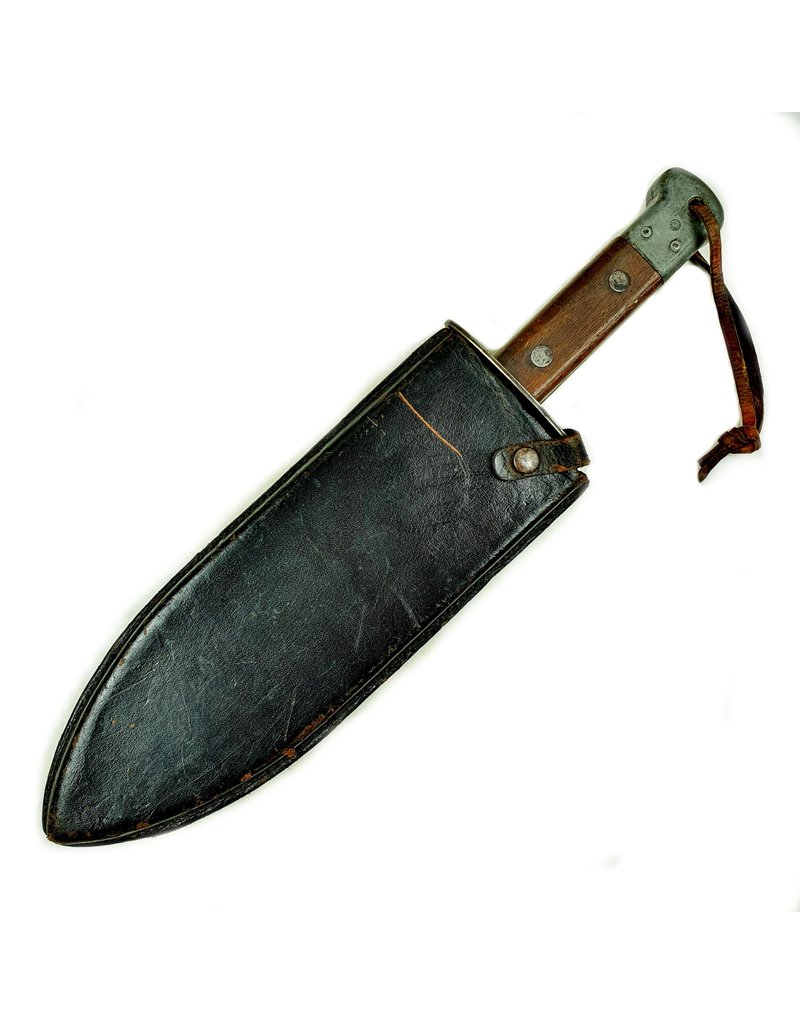 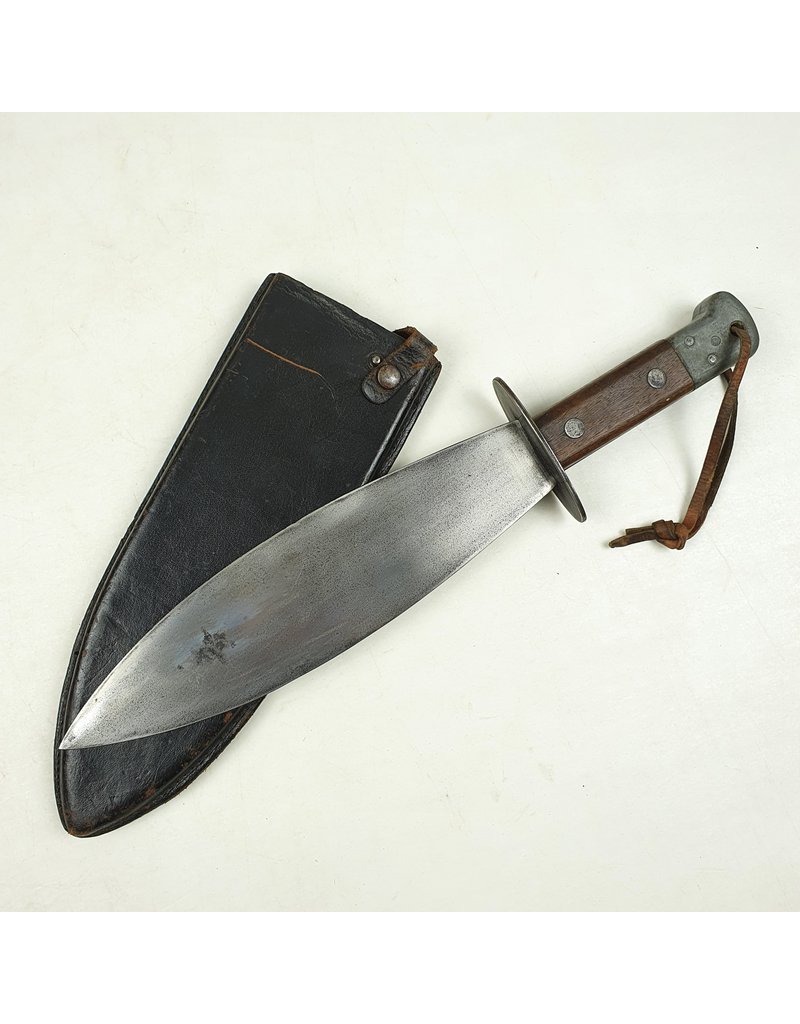 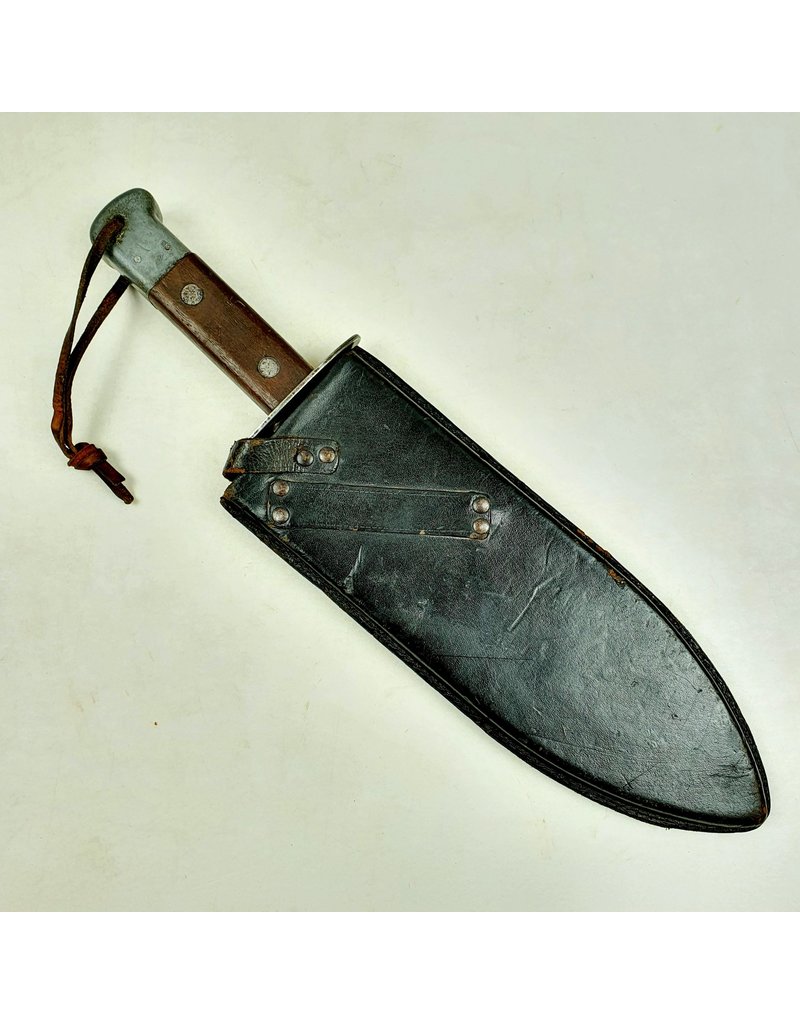 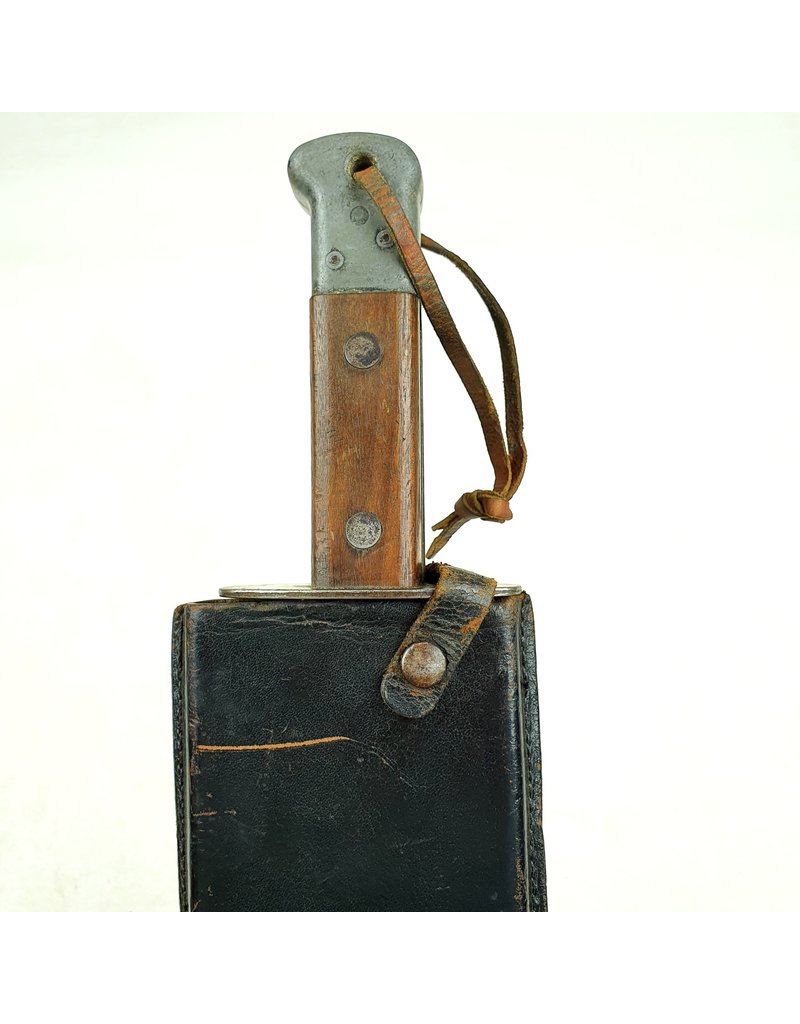 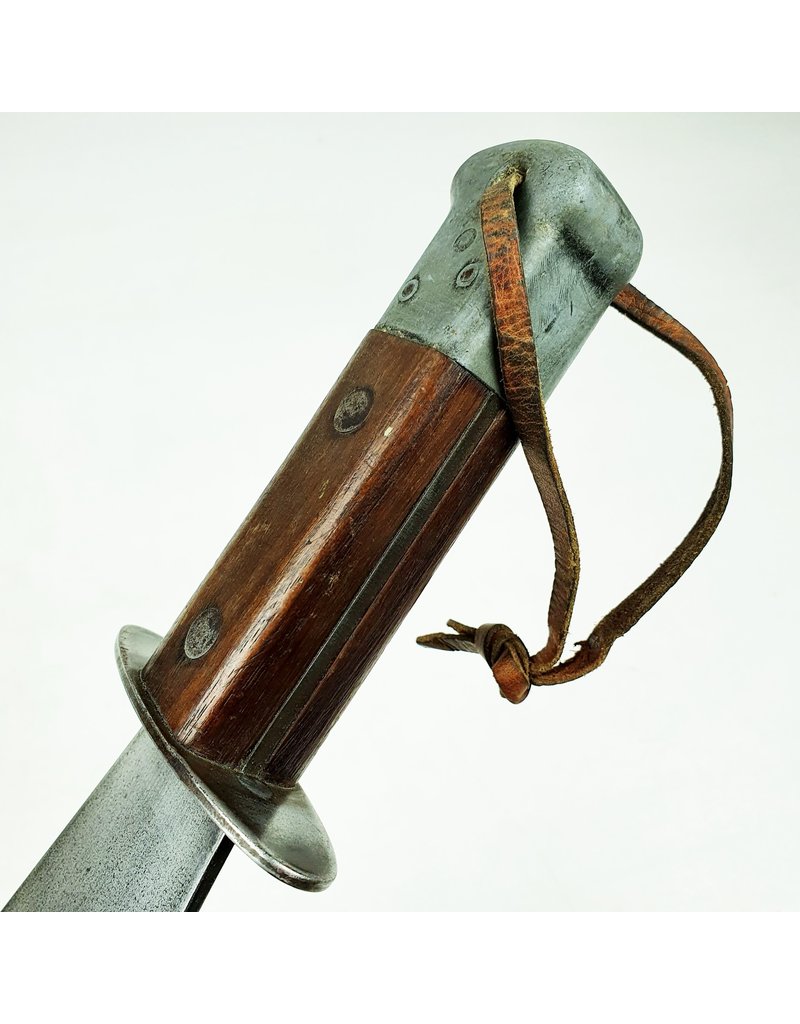 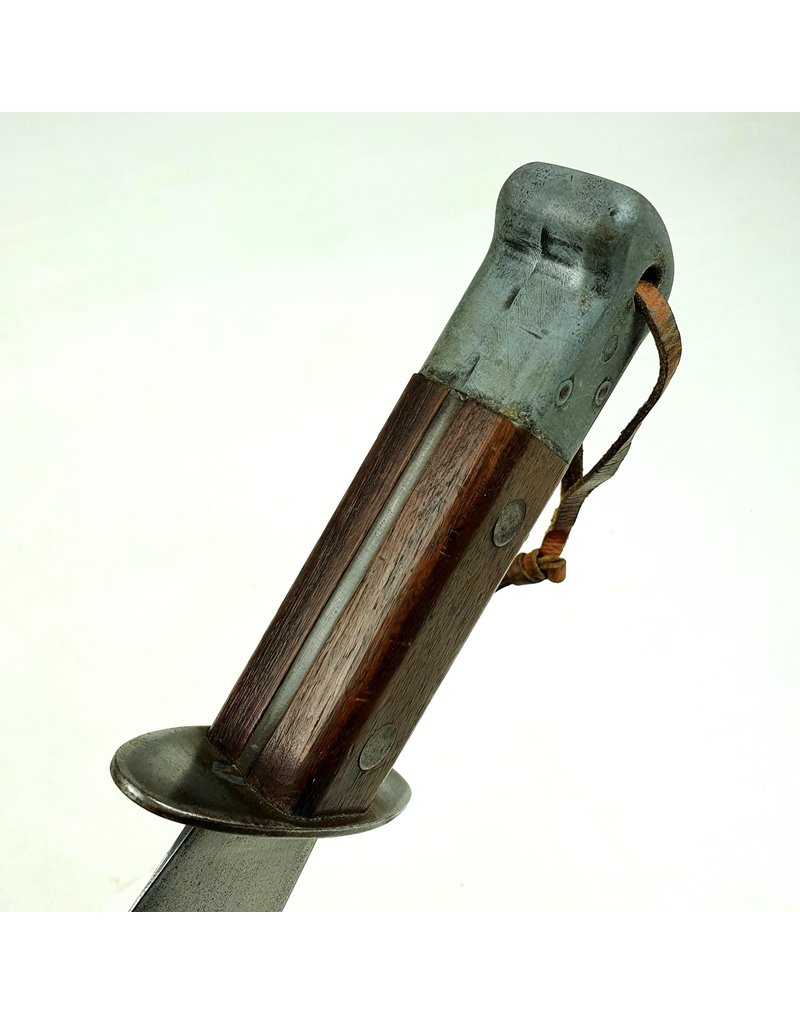 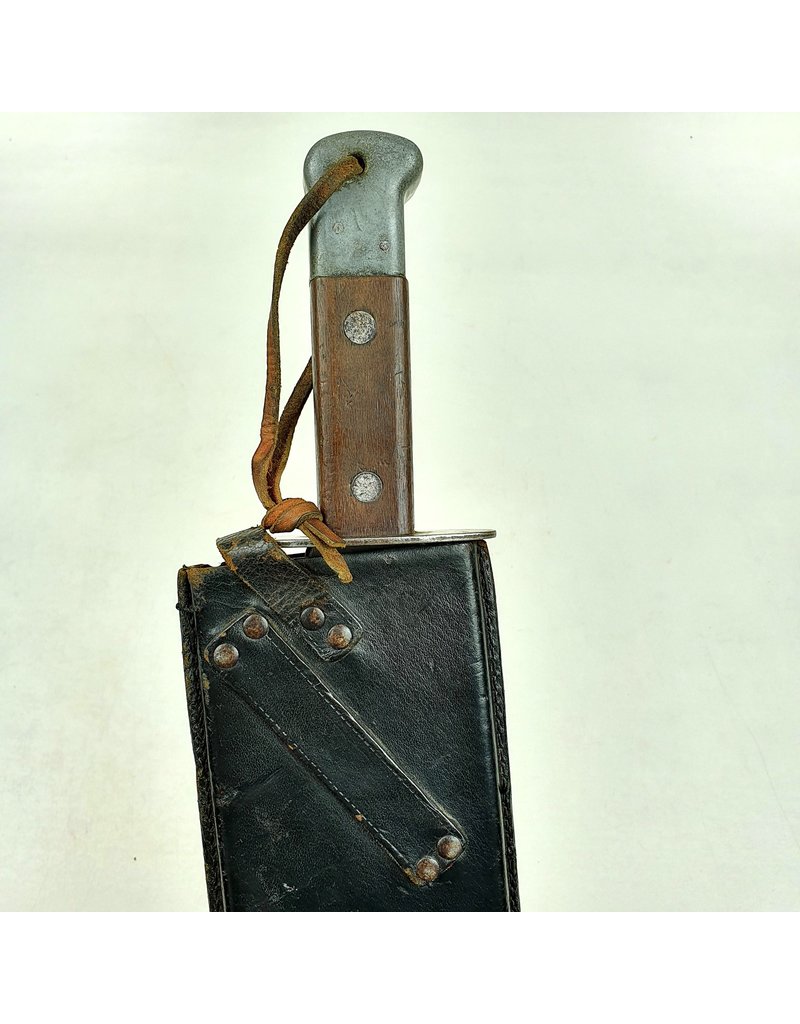 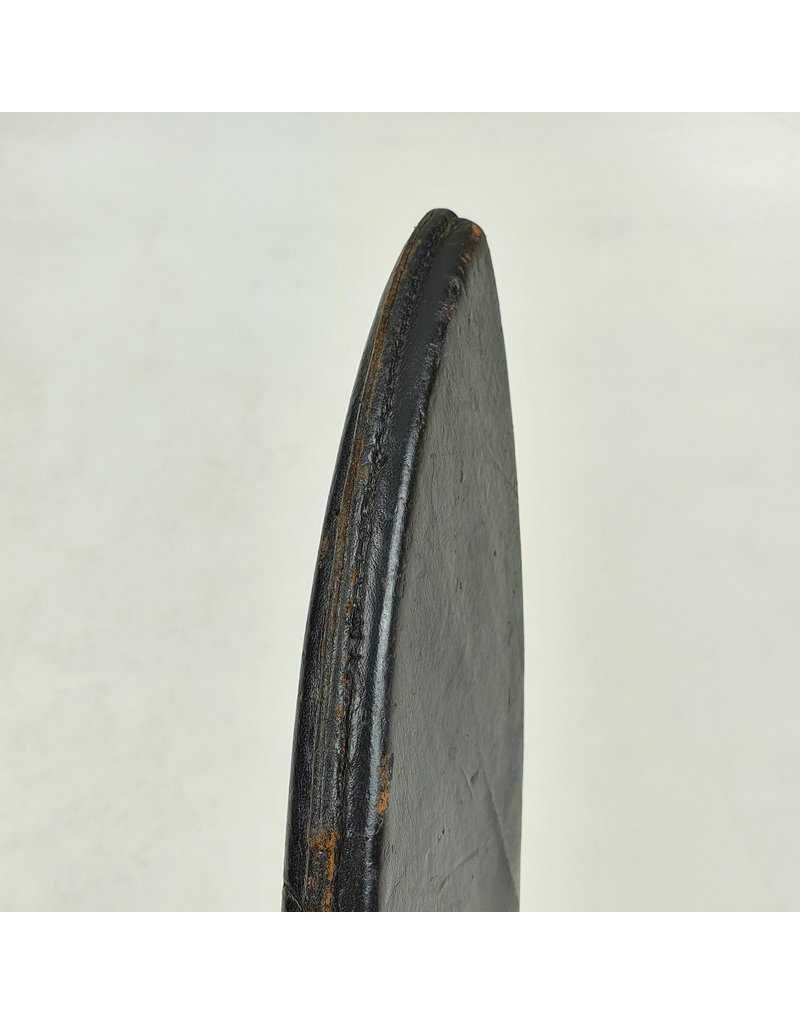 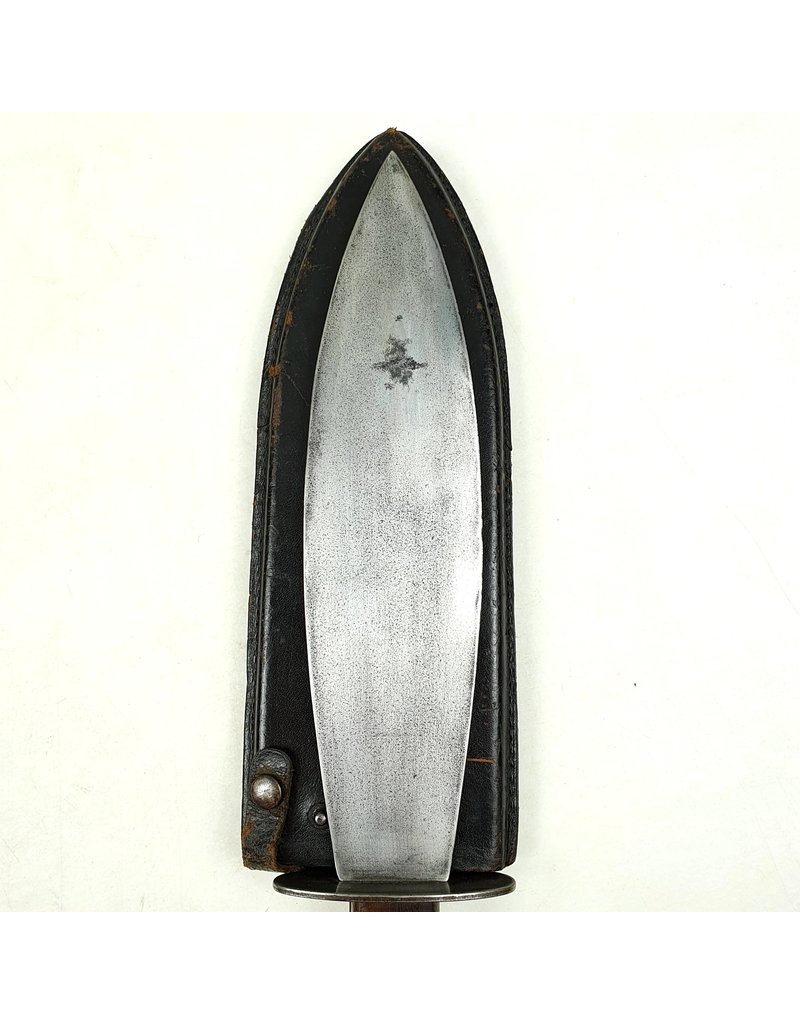 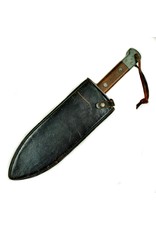 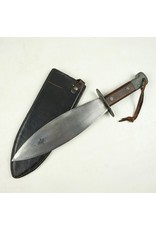 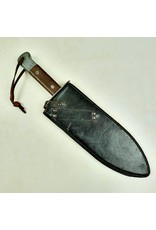 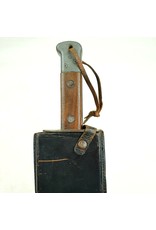 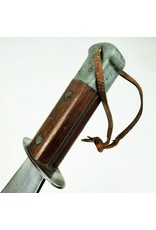 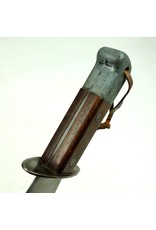 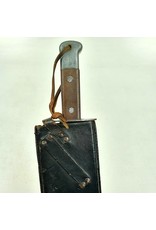 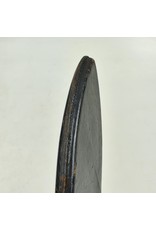 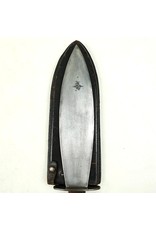 This is a great example of a scarce British WW2 Issue OSS Smatchet & Scabbard. Measures 41,5CM overall length, with a 28CM blade. It was designed by William E. Fairbairn during World War 2, who also helped design the Sykes-Fairbairn commando dagger. According to Fairbairn, the Smatchet was an ideal close-combat weapon for those not armed with a rifle and bayonet.

The smatchet was used by British and American special forces (Special Air Service and Office of Strategic Services, respectively) during World War 2. Though described in the Office of Strategic Services catalog as a cross between a machete and a bolo, it was actually based on the Royal Welch Fusiliers Trench Knife of World War I, and was designed as a pure combat knife.

The blade is in good used condition, and shows usage. The leather covered wooden scabbard is in good condition as well and still has the original belt loop.
All stitching is present and tight.