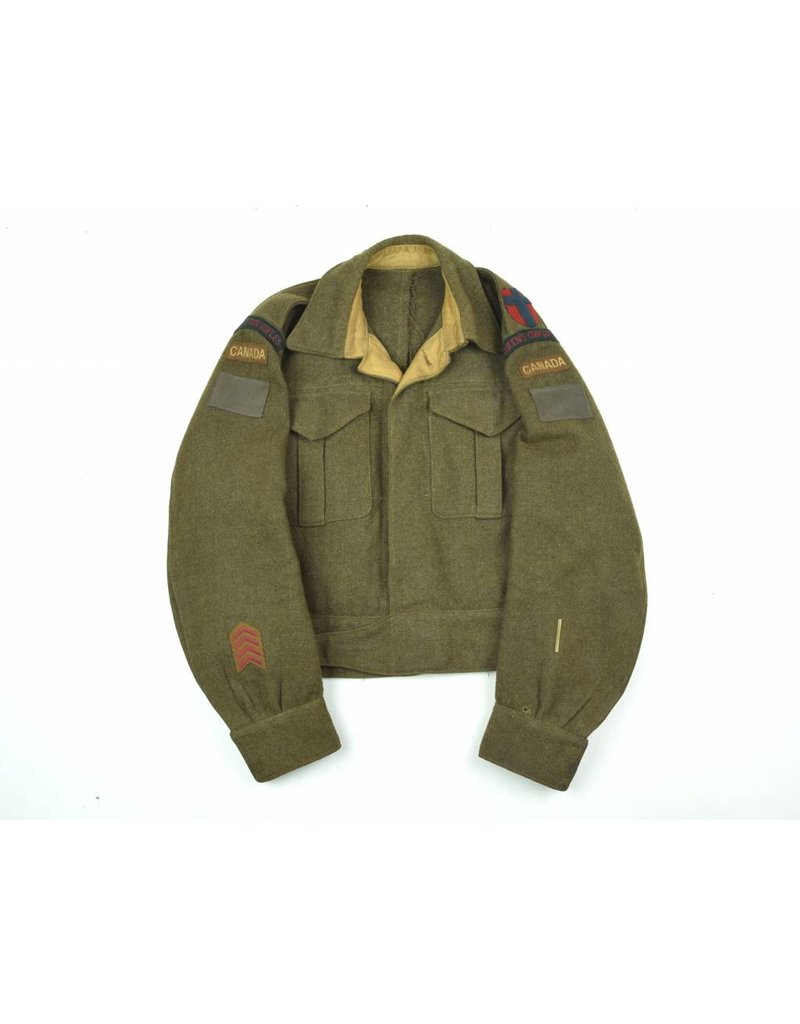 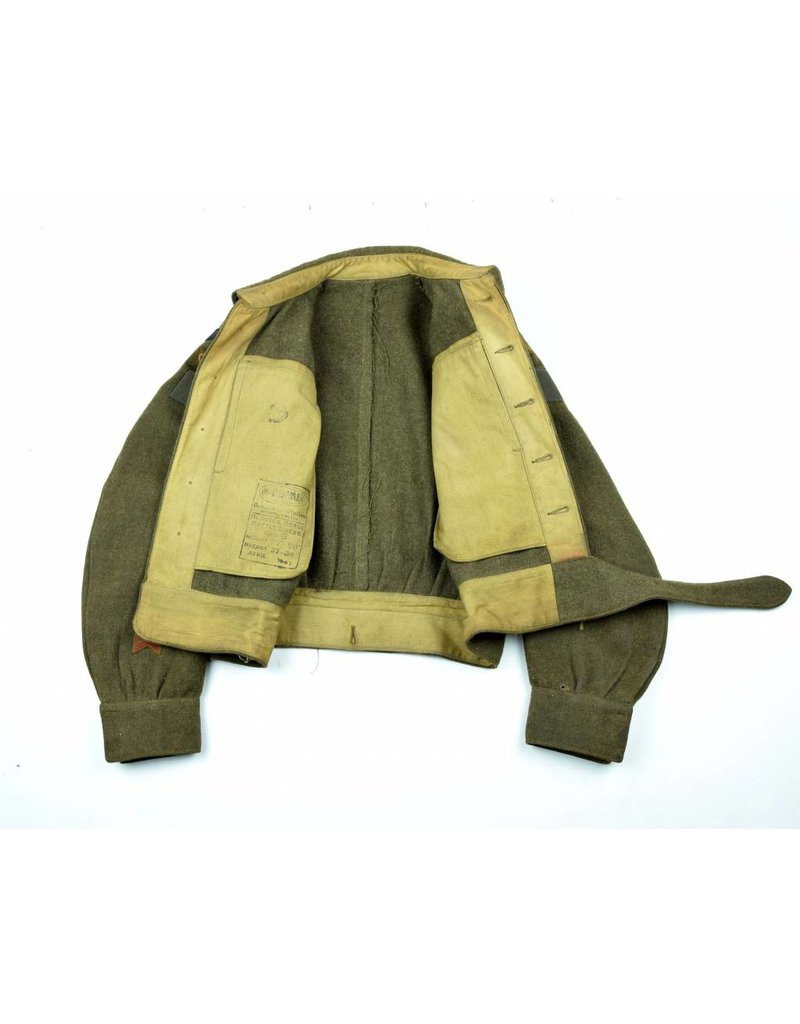 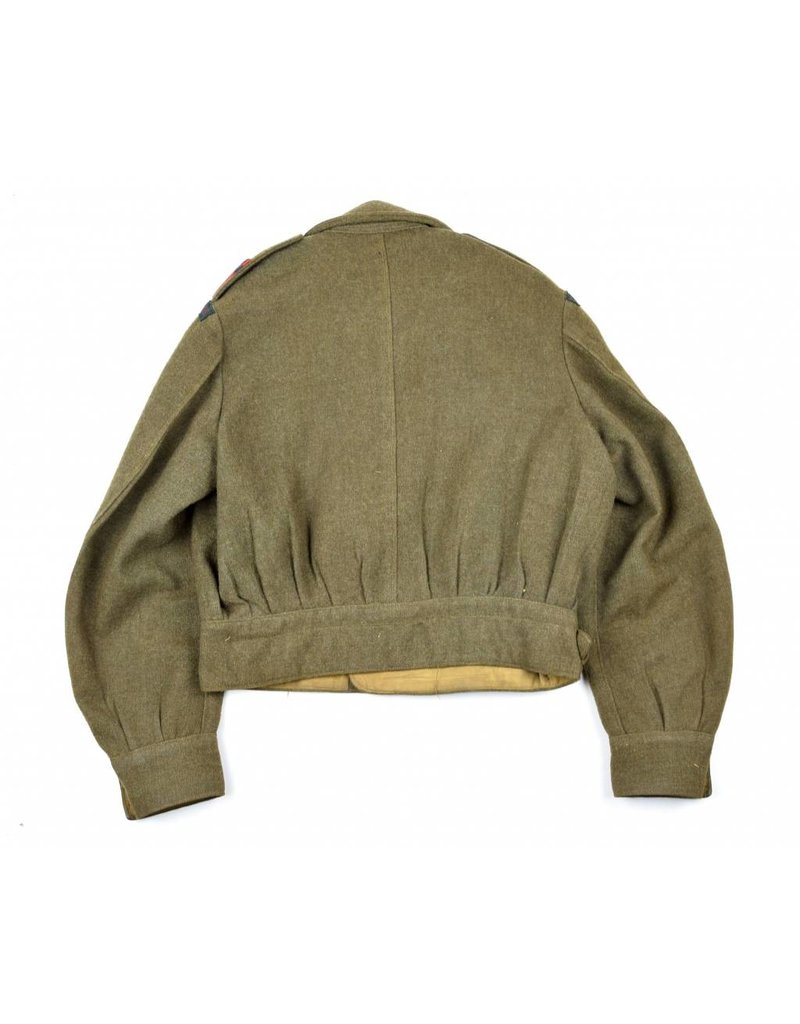 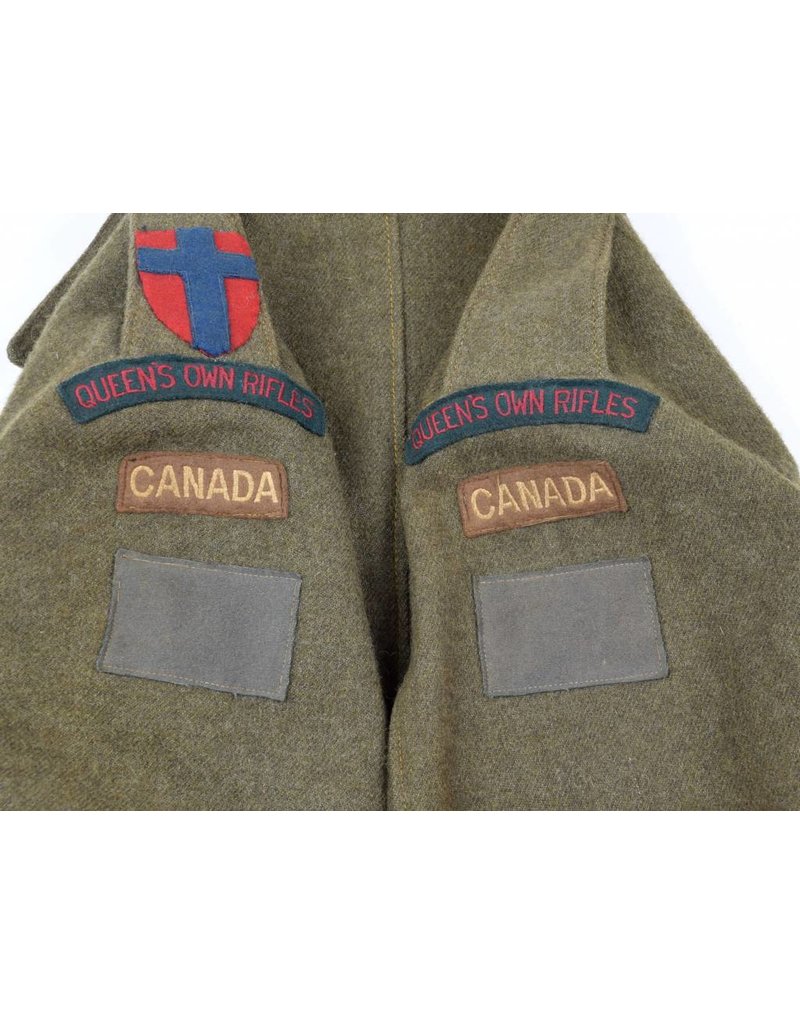 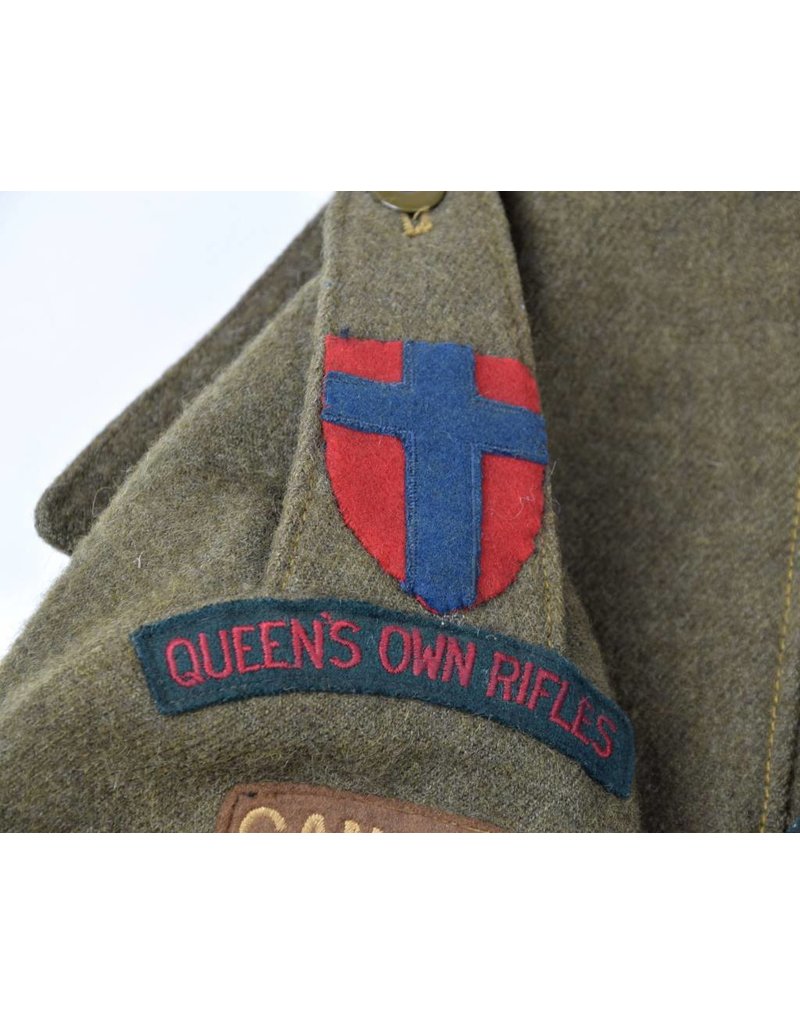 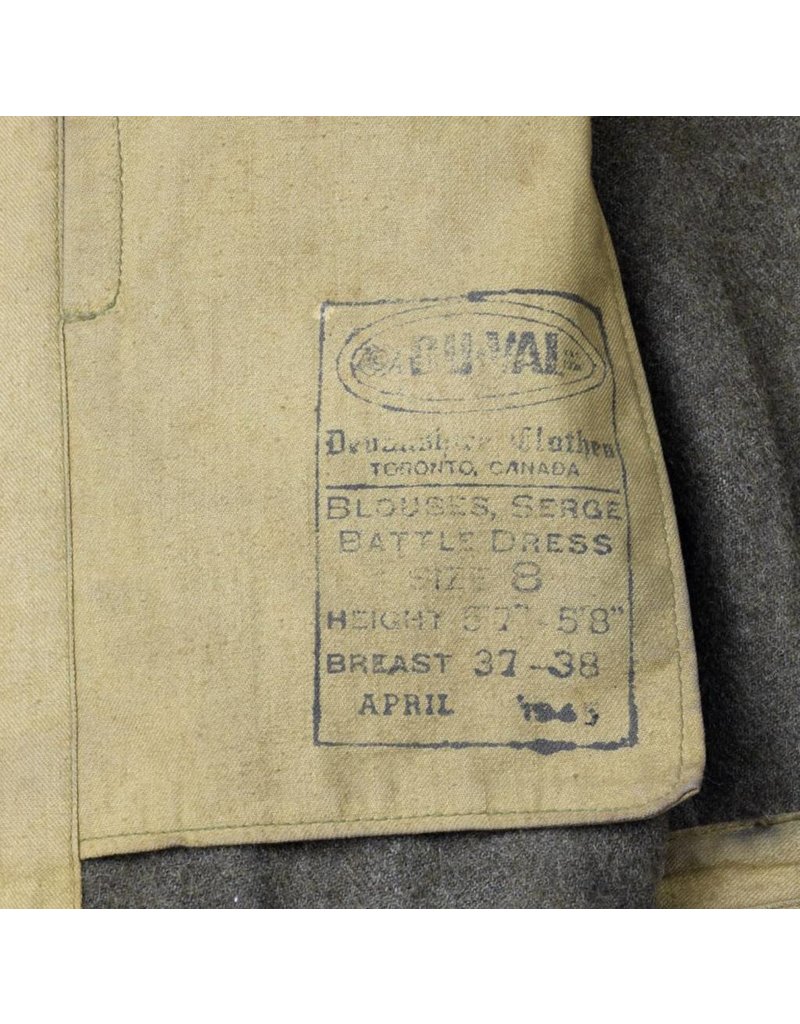 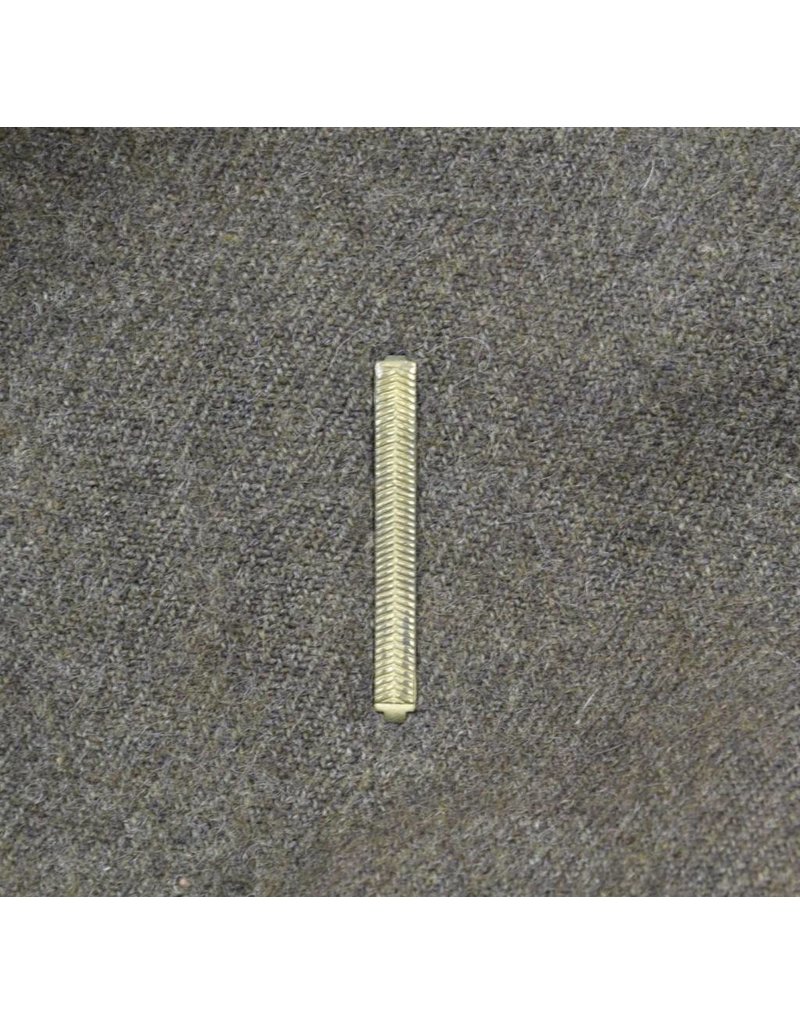 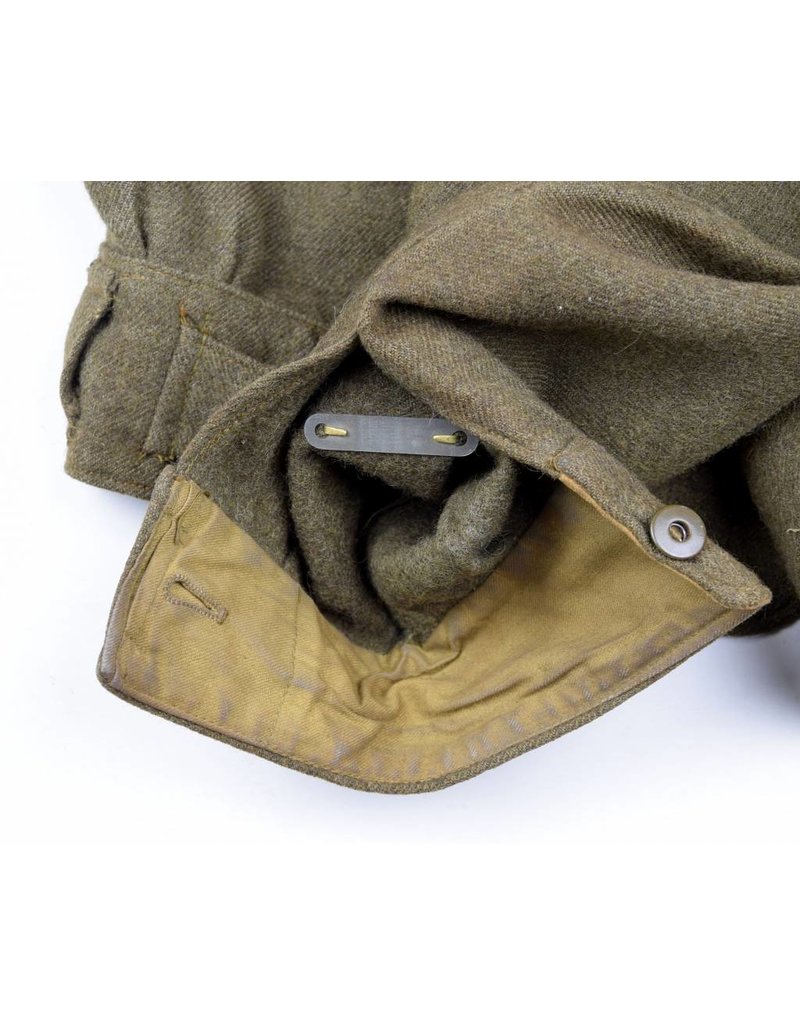 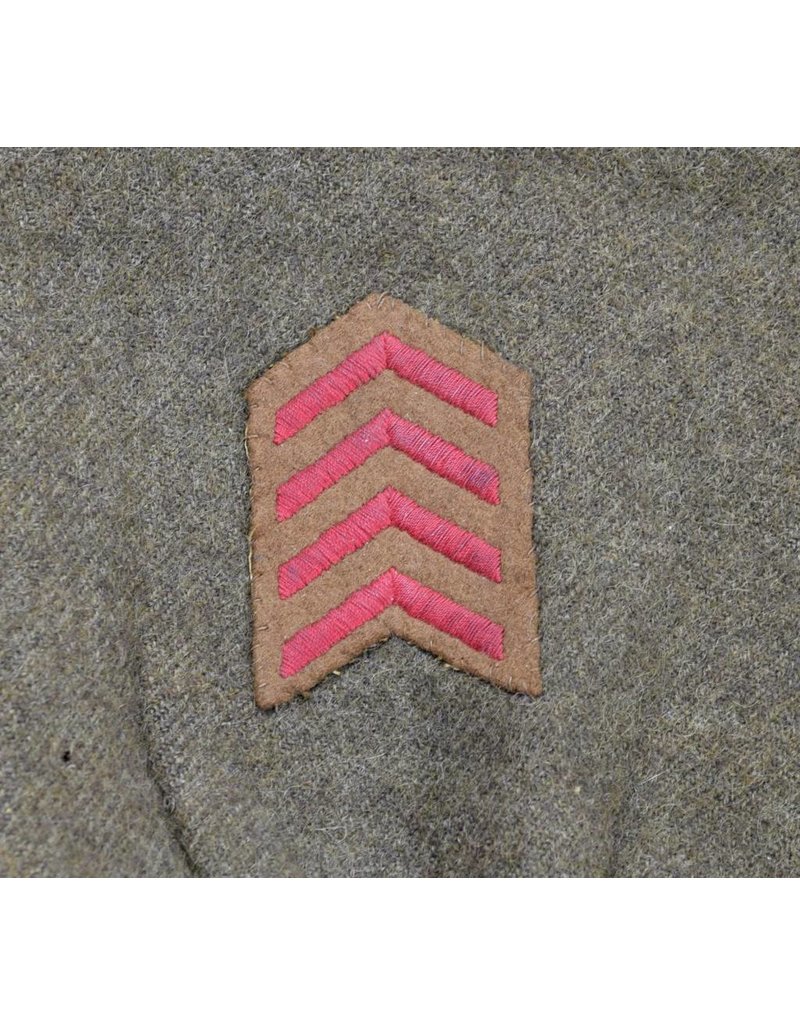 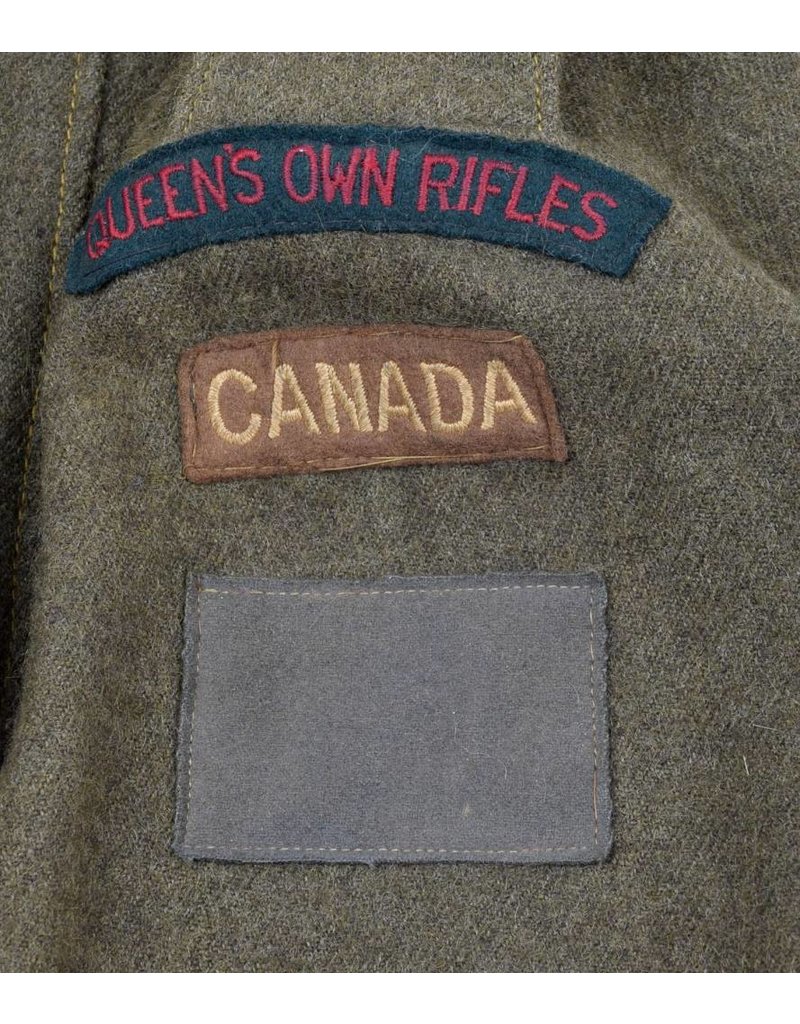 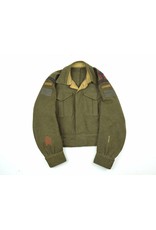 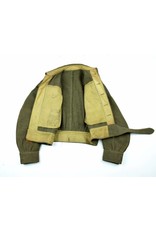 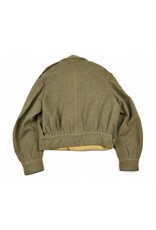 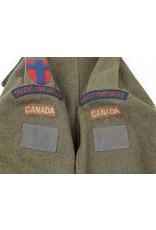 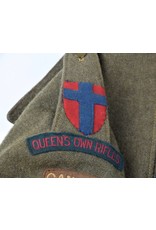 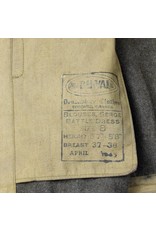 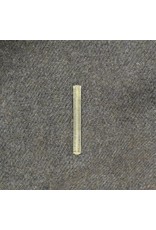 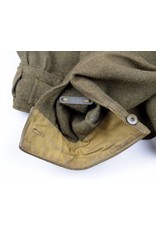 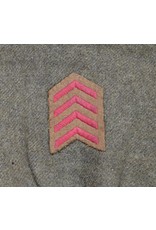 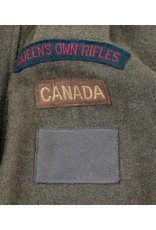 This is an original battledress tunic of the Queen's Own Rifles - 3rd Canadian Infantry Division.
The tunic is in good used condition. Shows traces of usage and some minor moth damage. The tunic is having embroidered shoulder titles, CANADA titles, 3CID patches, Service Chevrons indicating four years and on the shoulderboard a 21st Army patch. On the left sleeve a Wound-Stripe (gilt/metal). Clearly maker marked by 'Du Val Devenshire Clothes, Toronto' dated 1945 with size 8. The Queen's Own Rifles took part in the first wave on D-Day June 6 1944.
An unique opportunity for adding a famous D-Day regiment Battledress to your collection!