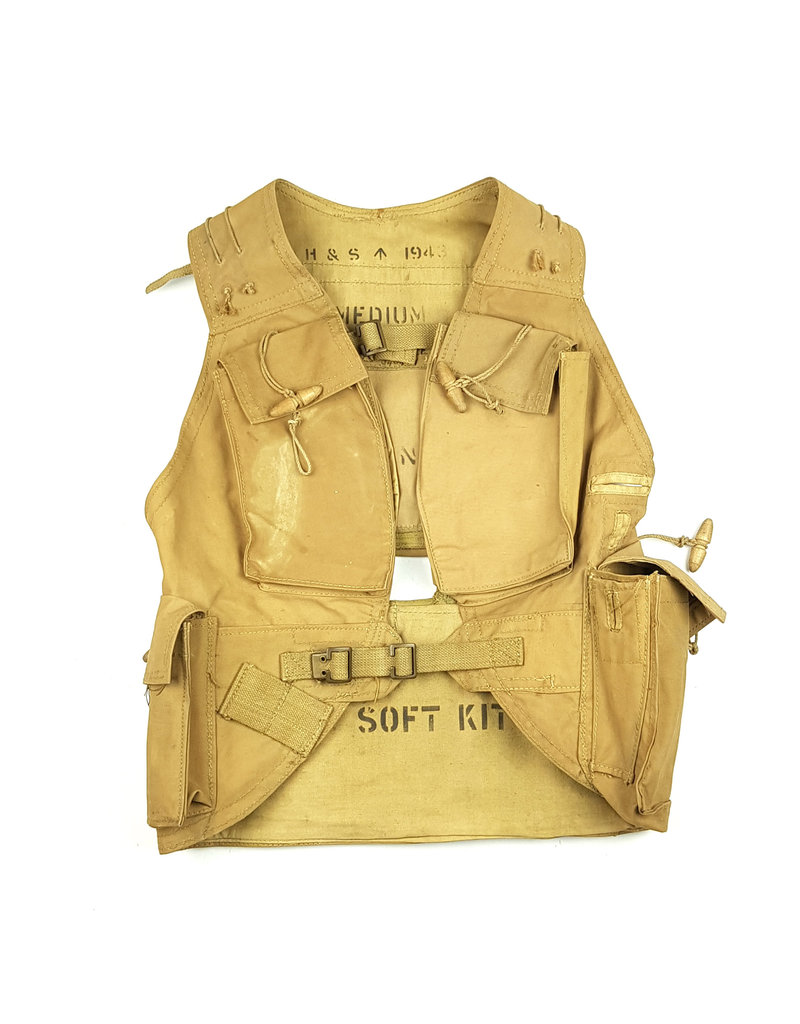 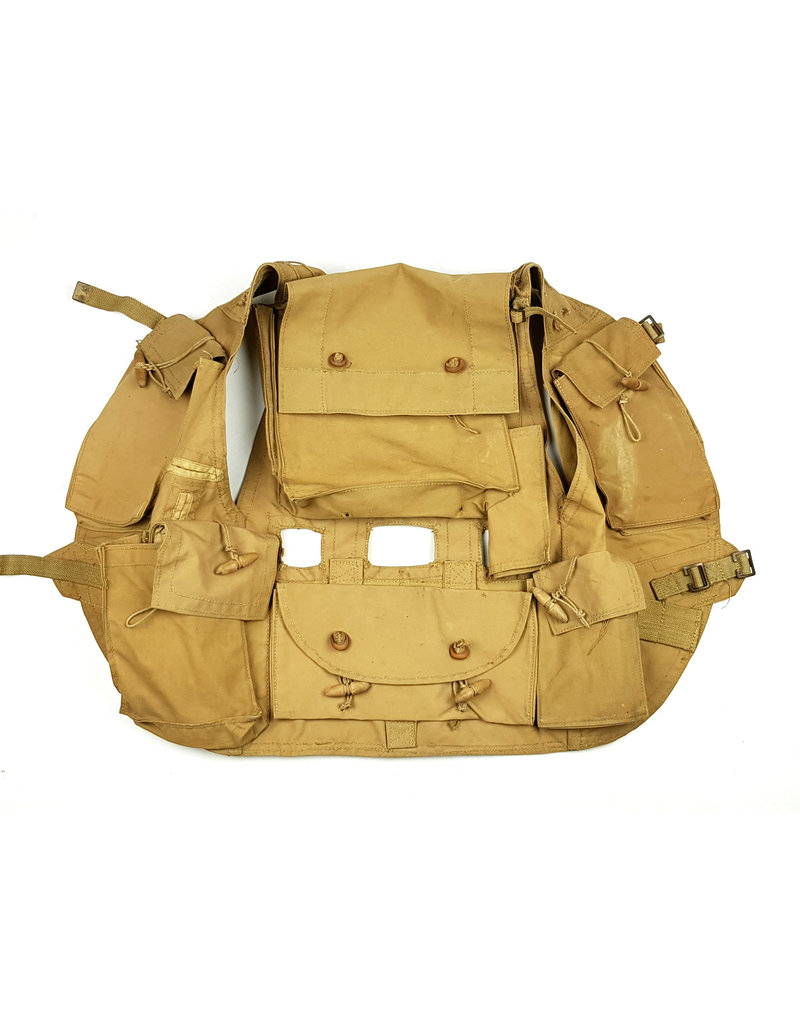 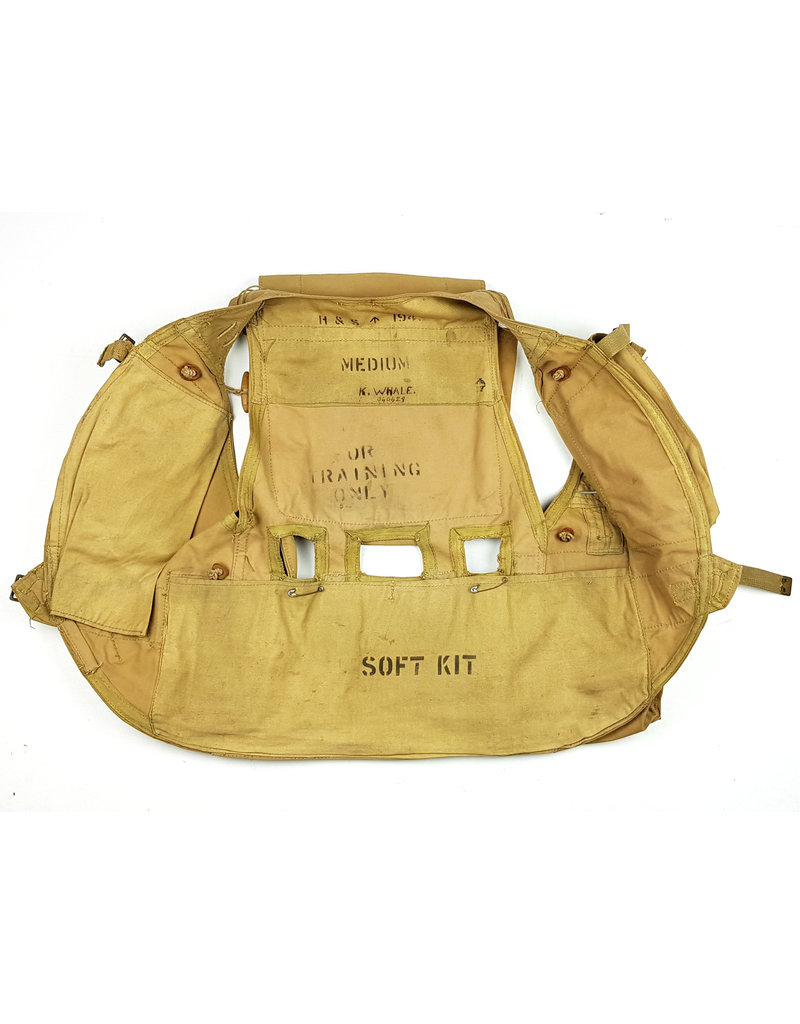 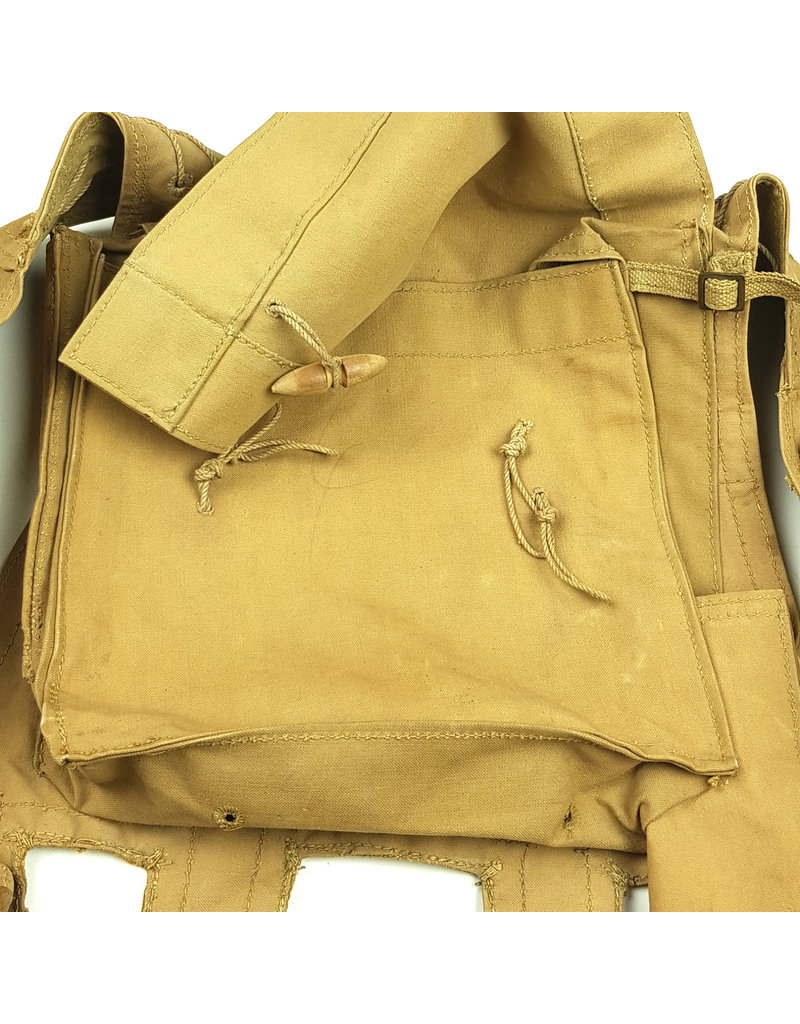 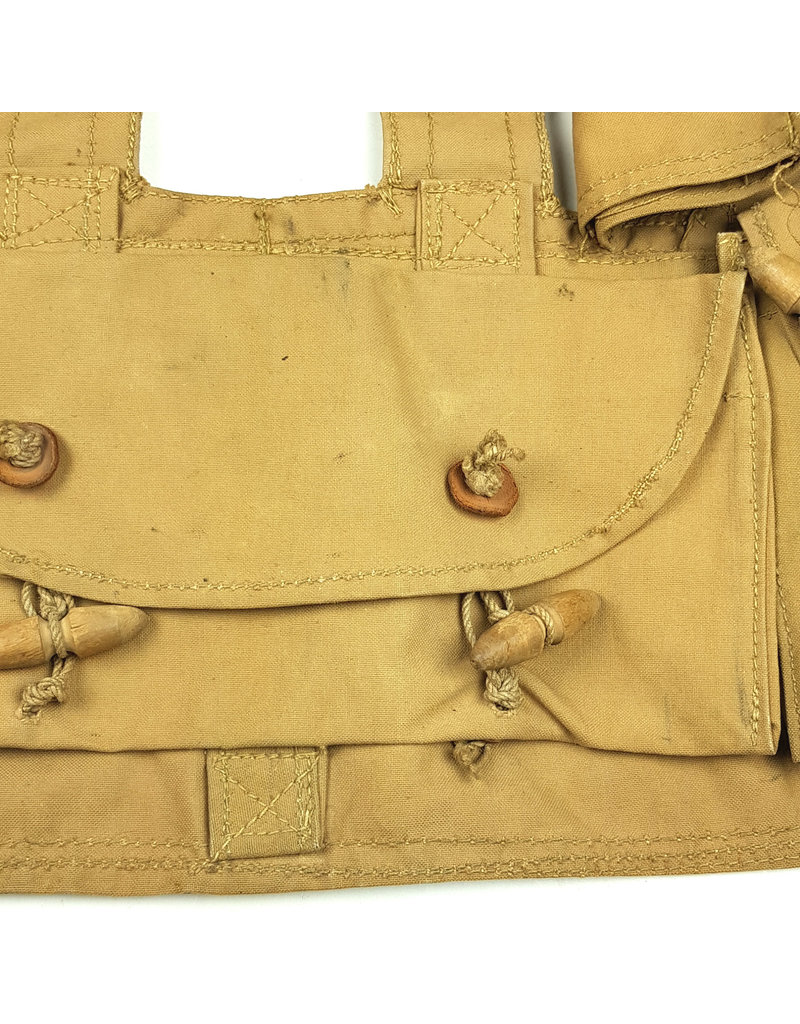 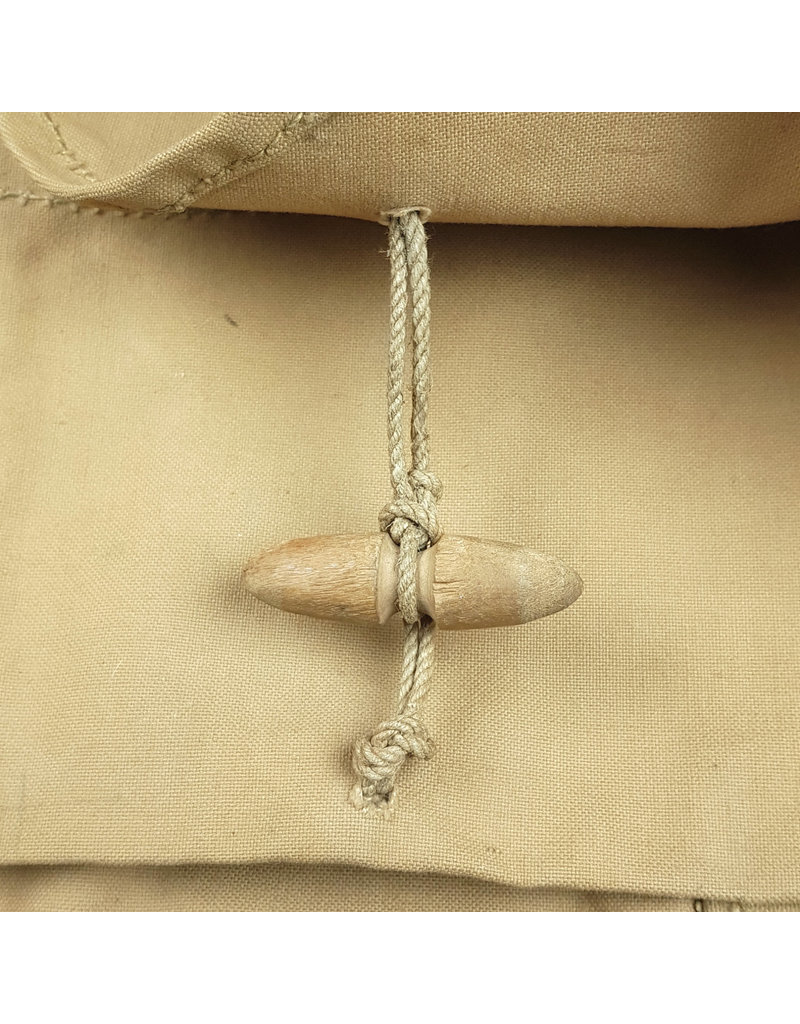 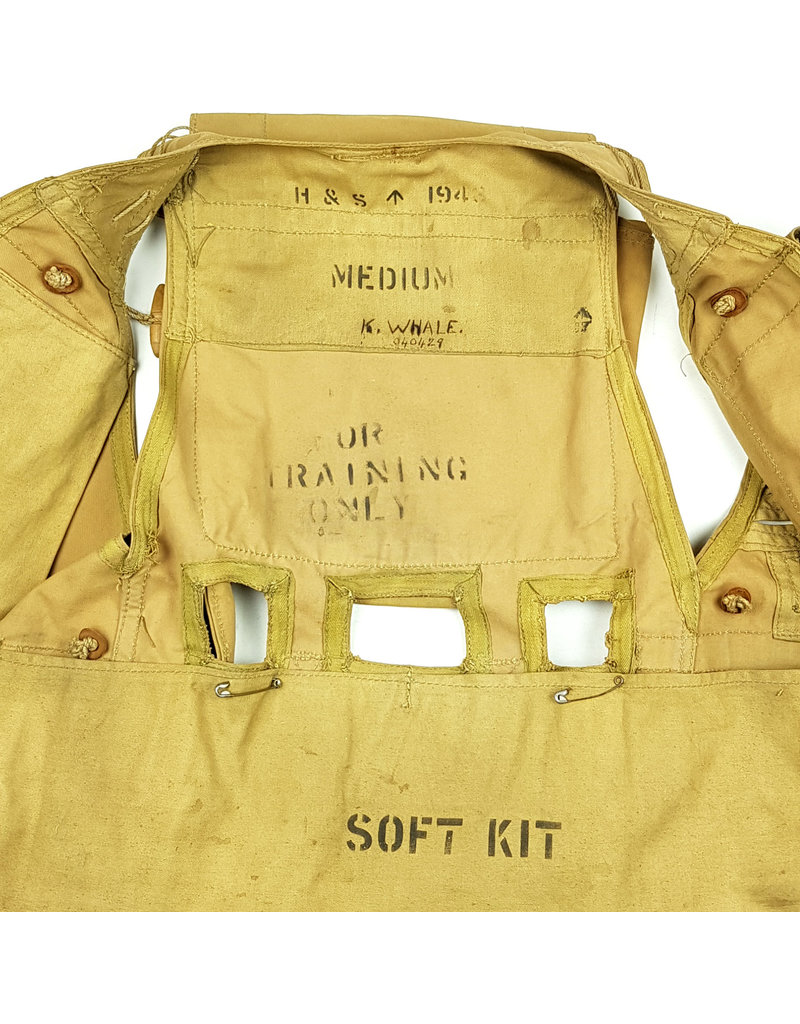 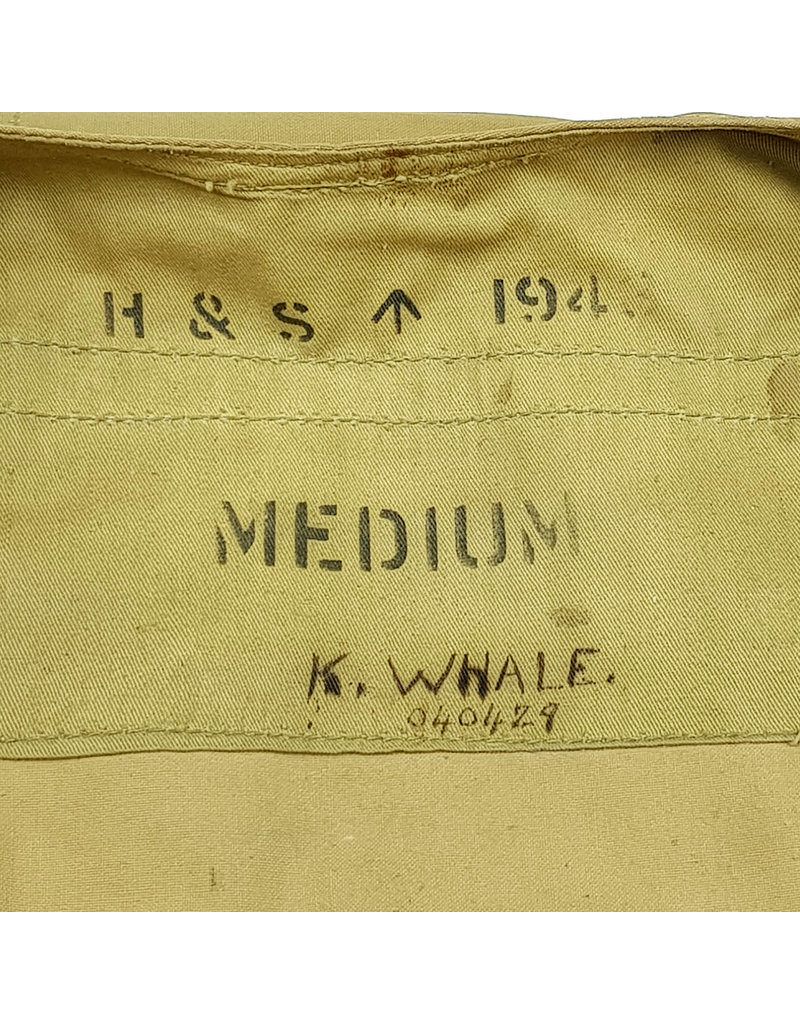 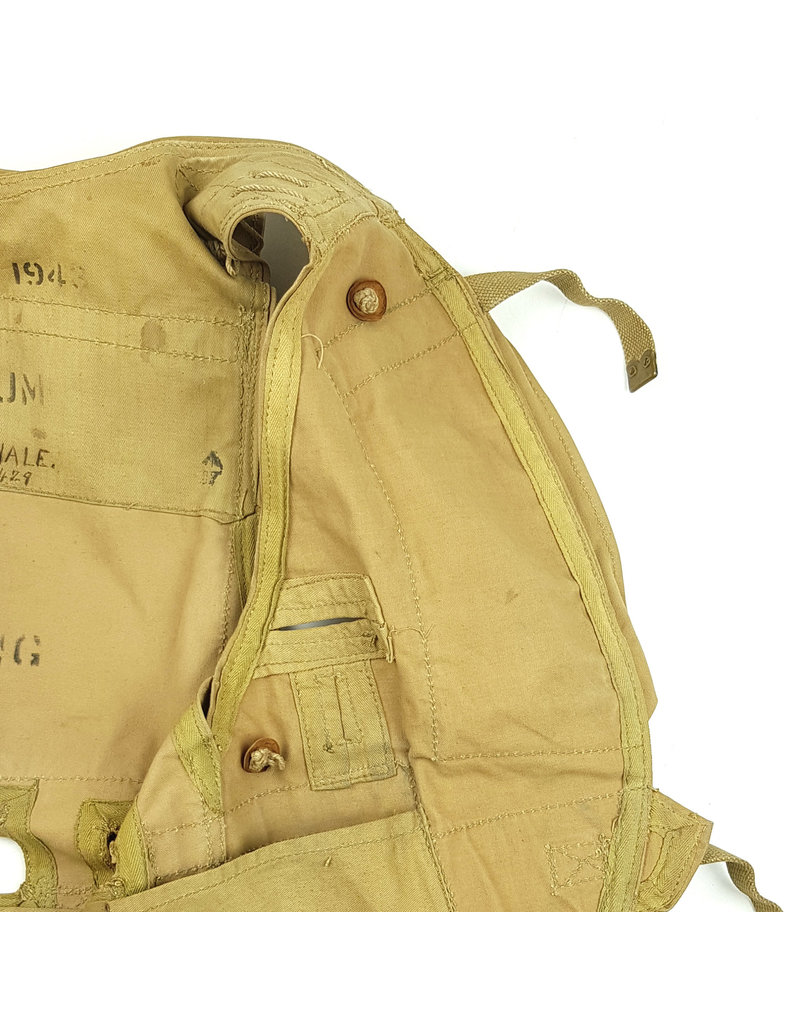 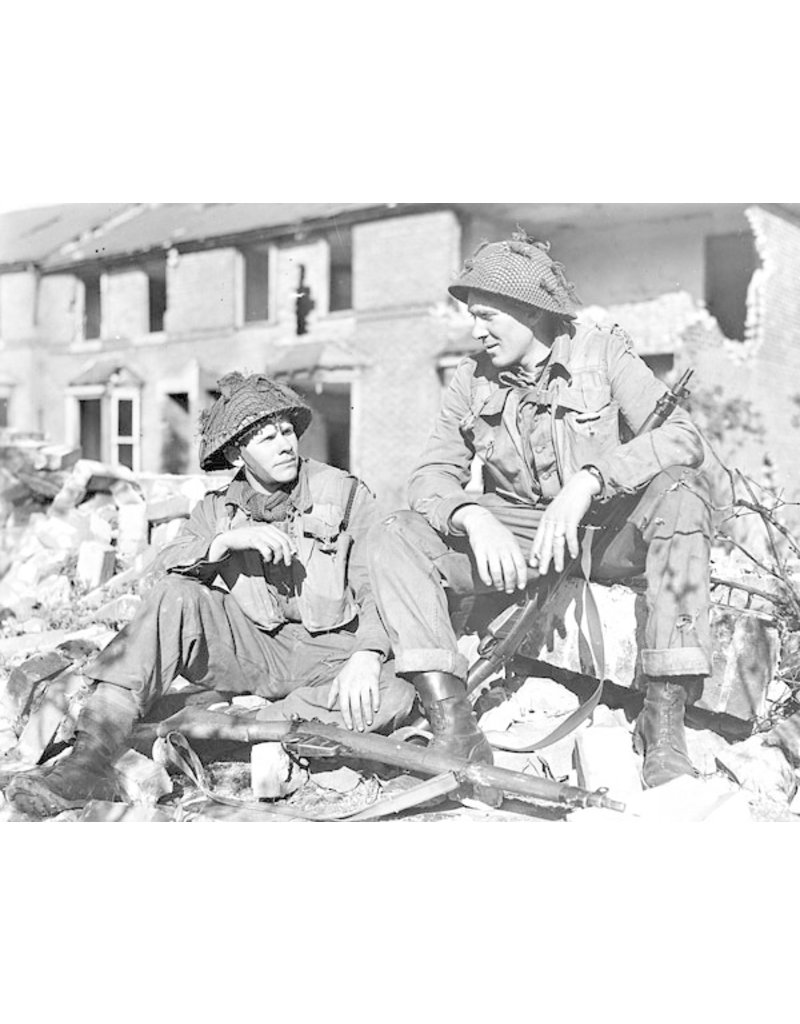 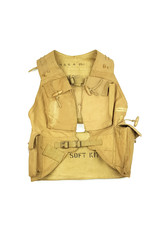 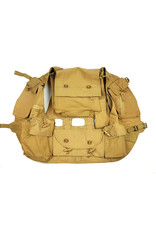 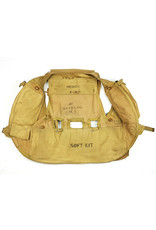 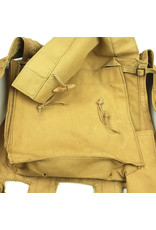 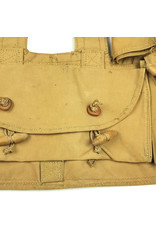 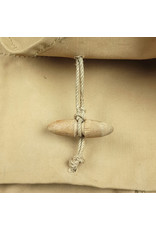 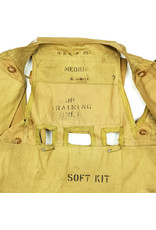 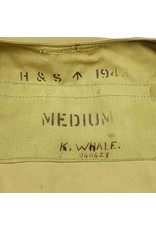 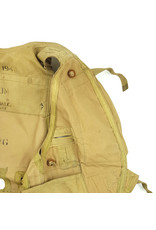 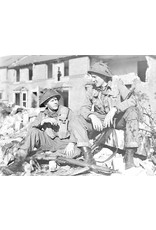 This Battle-Jerkin is in very good condition, shows normal traces of usage and is named to Private K. Whale. Nicely maker marked by H&S, dated 1943 with size medium. This Battle-Jerkin is marked: For training only. There are pictures of these Tan coloured Battle-Jerkins in wear during training in England but also with Canadian soldiers boarding the ships towards Normandy! In my opinion were both the Tan and Brown coloured Battle-Jerkins used in combat. On top of both shoulders strings for holding the gascape or rain poncho. Two pockets high on the chest for holding ammunition. Large waist pocket designed to hold the water bottle or hold four fuzed H.E. 2-inch mortar bombs, in front of this pocket a fleeve to hold the spike byonet. On the other side a large waist pocket to carry handgranades. On the backsite a smallpack with underneath a pocket for the E-tool.
Also having an inside pocket for paperwork.
Extremely rare piece. Would make a fantastic D-Day display!