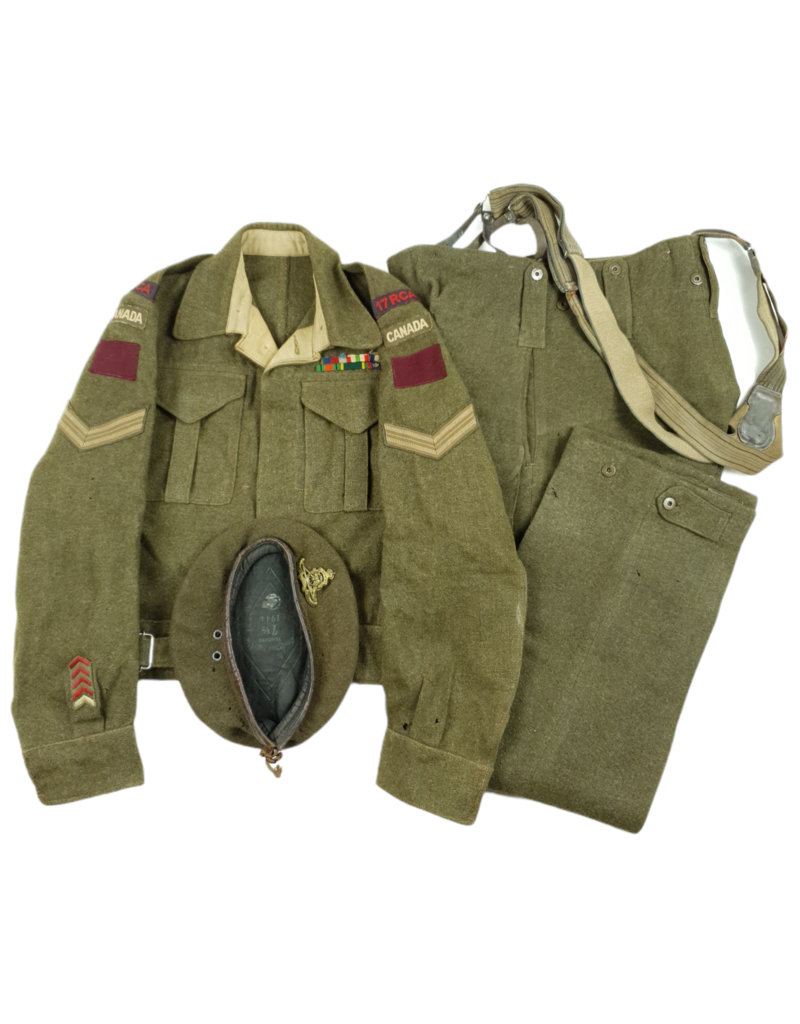 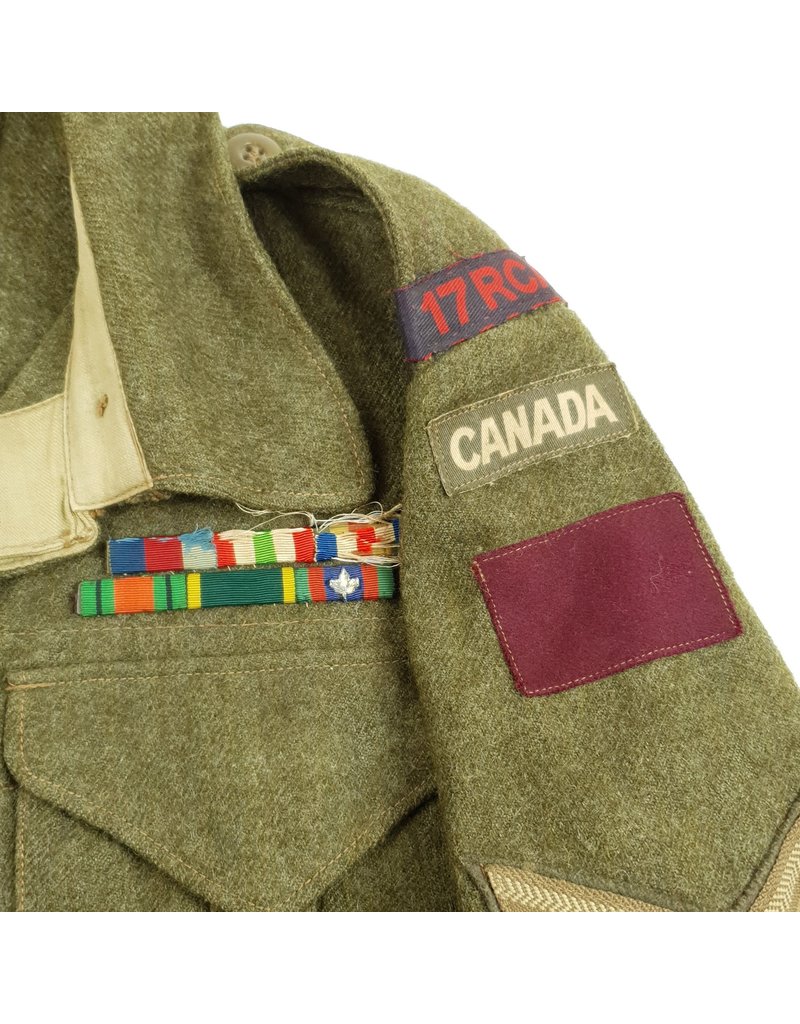 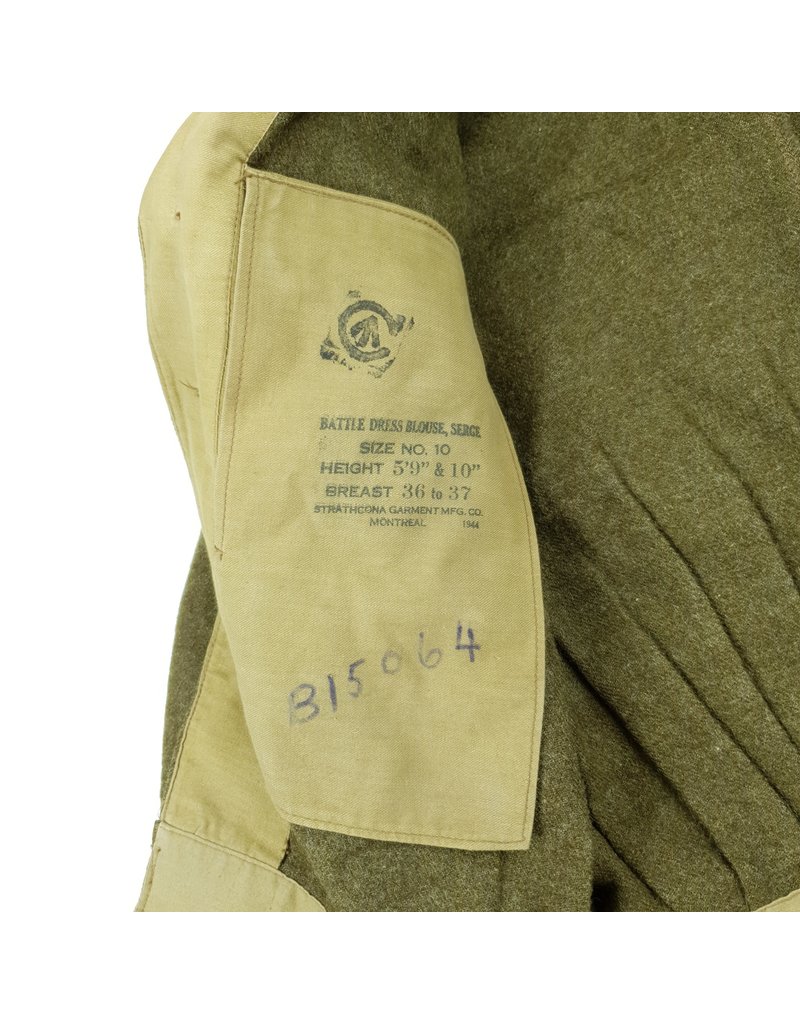 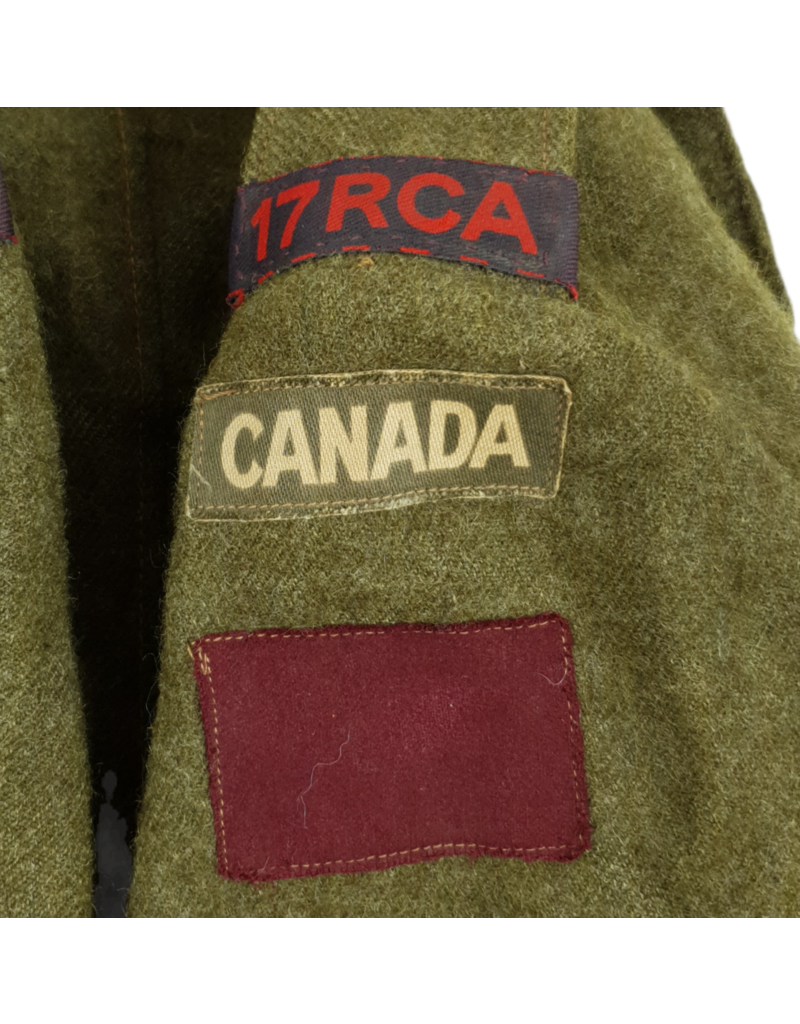 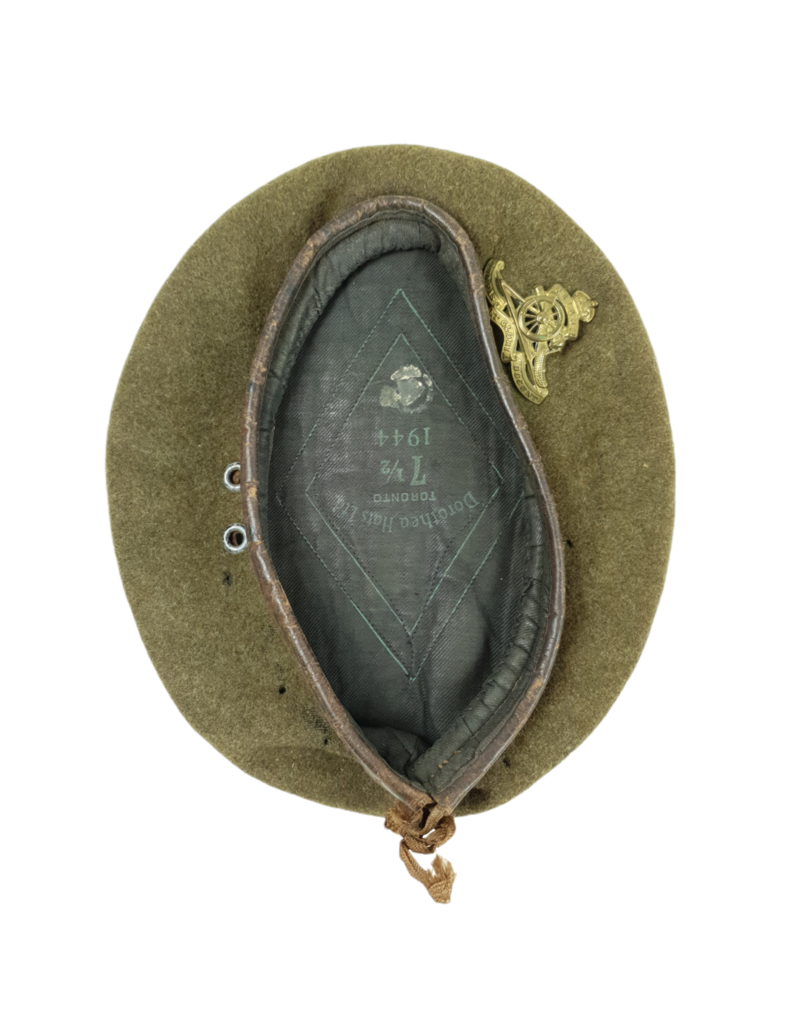 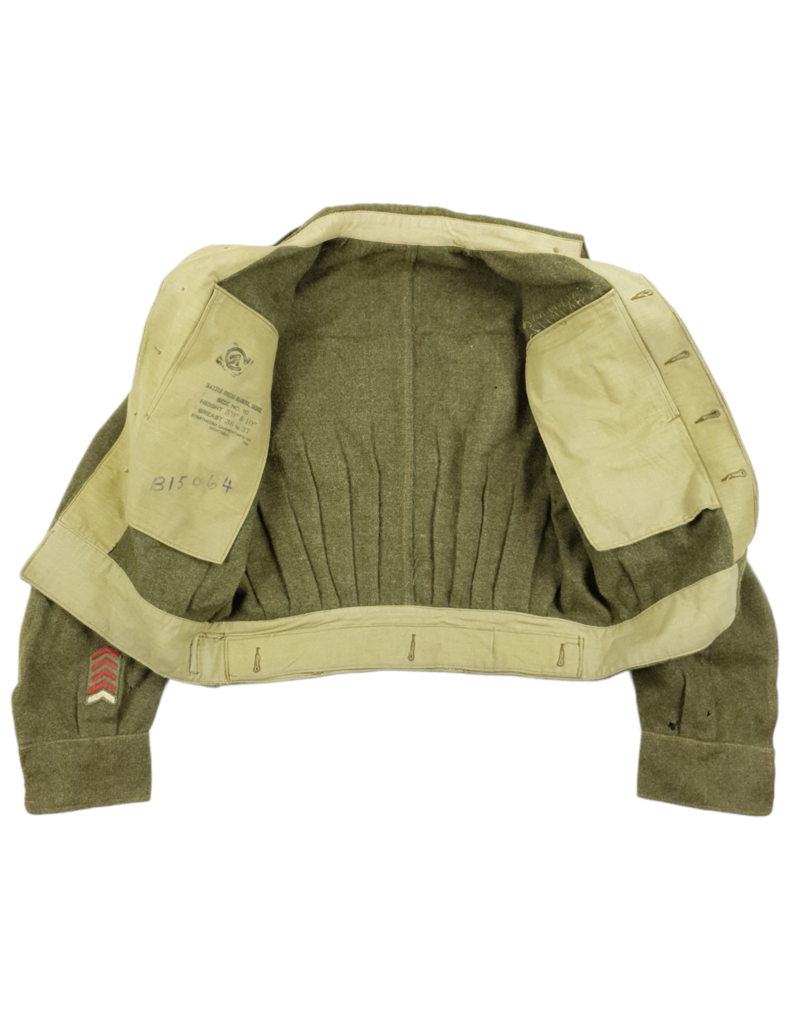 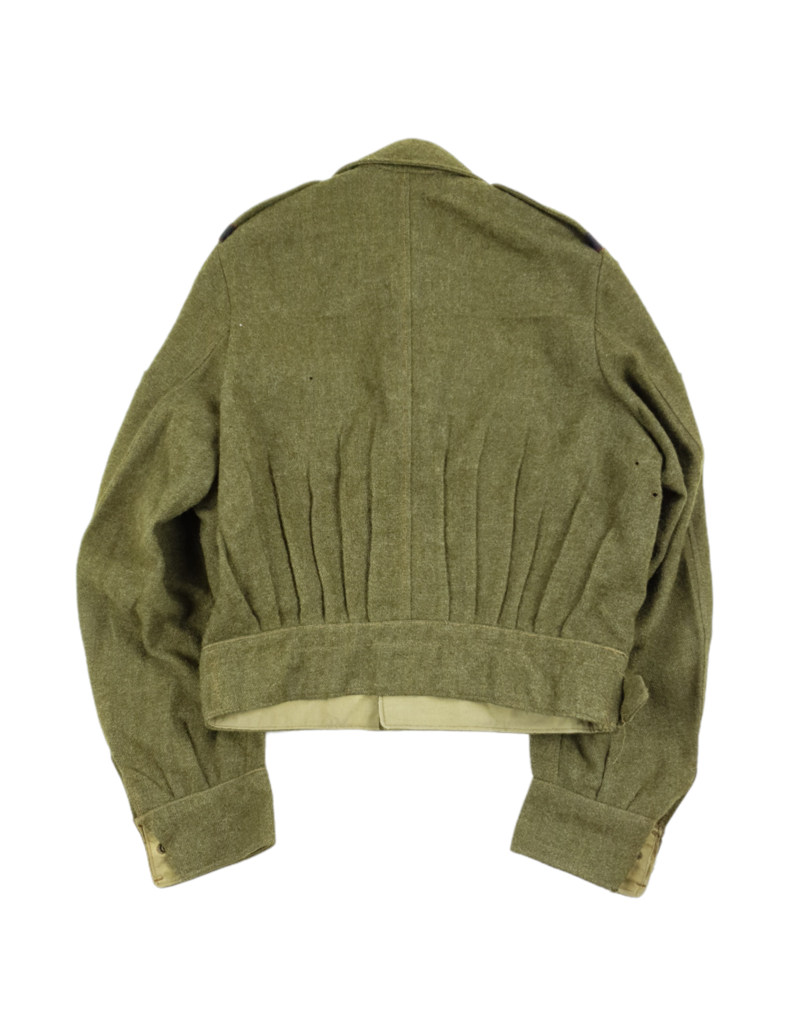 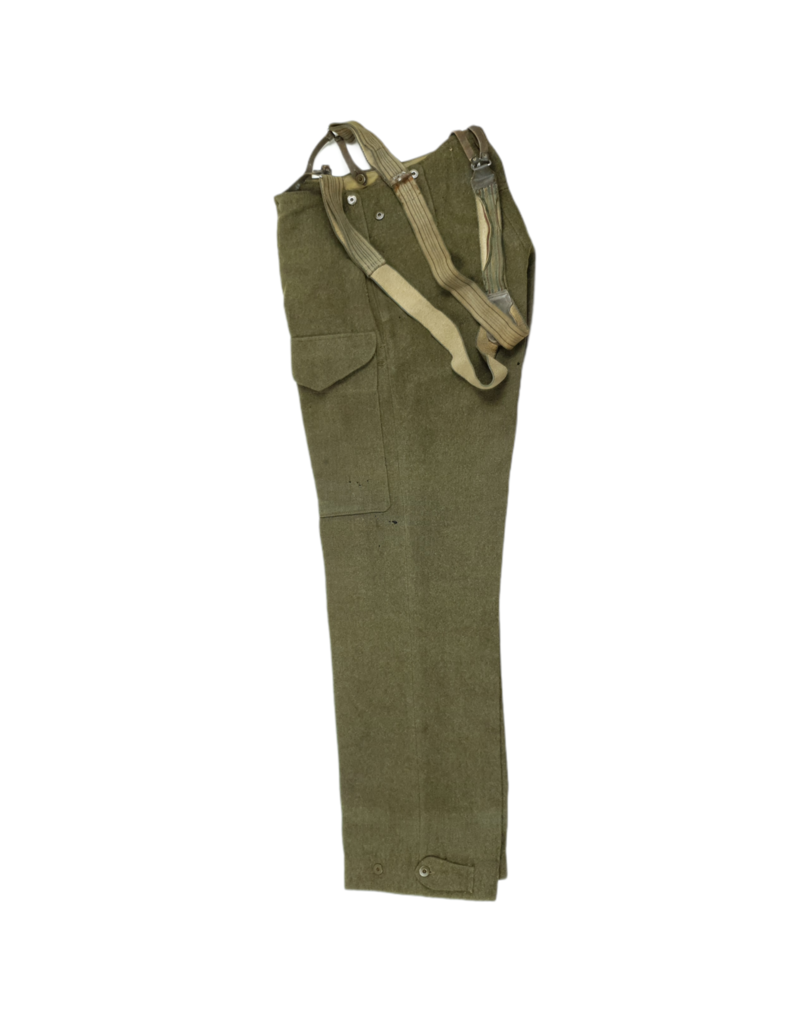 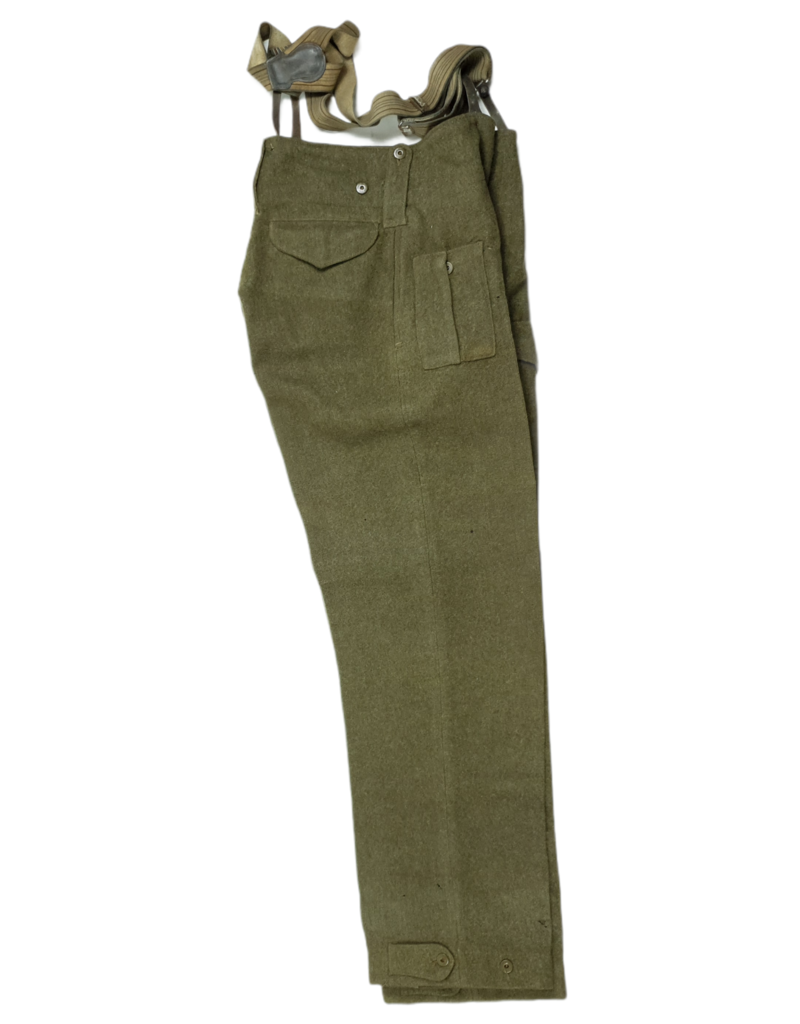 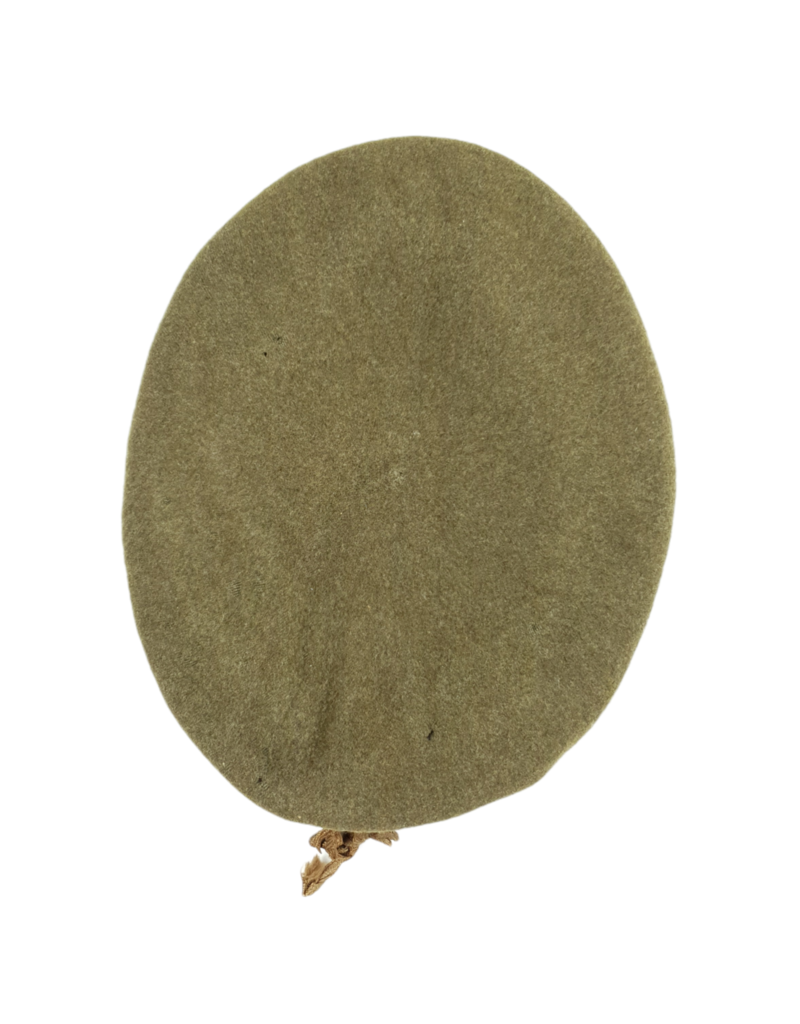 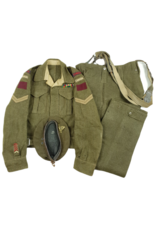 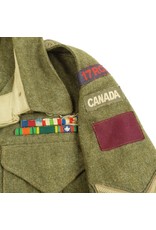 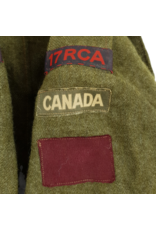 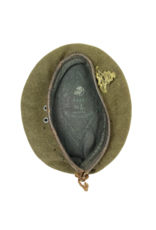 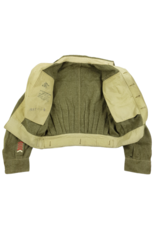 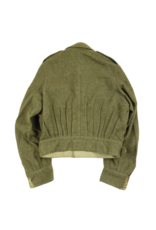 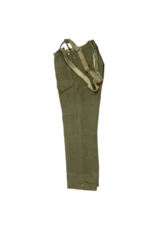 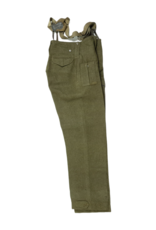 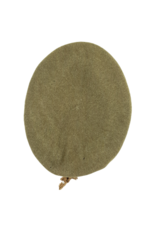 WW2 Canadian grouping to a Corporal of the 17th Field Regiment - Royal Canadian Artillery as part of the 5th Canadian Armoured Division. Corporal's army number B-15064 is written inside the battle dress. This group consists of his battle dress jacket, trousers and beret. The jacket is in good used condition, traces of wear and some small damages. Nicely maker marked and dated 1944. He was awarded with medals including the Efficiency Medal. The beret is dated 1944, used condition, small damages.
The pair of trousers comes with its original army suspenders, nicely maker marked and dated 1945, the trousers having damages and is not in good condition.

Very nice group to a Corporal of the 17th Field Regiment. Potential research project, we haven't done any further research since obtaining it.

The 17th Field Regiment fought in Italy and than went to Marseilles (France) and took all the way through France up to Belgium, into Holland. In Holland they went through the following cities, 's Hertogenbosch, Arnhem, Otterloo, Leeuwarden, Wagenborgen, Winschoten and afterwards to Eelde airport.